The Salvation Army is a prime example of Christian cuckoldry. It is so committed to “social justice” that it is pushing BLM, CRT, and related anti-White ideologies while seeking donations, even if it turns away long-time donors, who argue for a slightly less cucked idea – color-blindness.

As The Salvation Army launches its Red Kettle Campaign this holiday season, some of its long-time donors are withdrawing their support from the 156-year old charitable organization citing its newly embraced “woke” ideology as the reason.

Of great concern to loyal supporters and faithful Salvationists is the initiative dubbed “Let’s Talk About Racism.” In a nutshell, its curriculum outlines the Christian church’s alleged racial collusion and provides action steps to analyze and combat racism through an “anti-racist” lens while incorporating Critical Race Theory.

Definitions of institutional and systemic racism are included while real or perceived differences in life outcomes (“inequities”) are attributable not to individual effort and other circumstances, but to discrimination. Sections address topics including police brutality, health care and Black unemployment linking such topics to “racial inequity.”

Apparently White people need to not only open up their hearts and pocketbooks this year, but they also need to sincerely apologize for being incredibly racist and not even knowing it.

The Salvation Army wants its white donors to give it more than just money this Christmas season. Its leadership is also demanding they apologize for being racist.

It’s part of a push by the Christian charitable organization to embrace the ideas of Black Lives Matter, an activist group working to, among other things, “dismantle white privilege” and “disrupt the Western-prescribed nuclear family structure.”

The Salvation Army’s Alexandria-based leadership has created an “International Social Justice Commission” which has developed and released a “resource” to educate its white donors, volunteers and employees called Let’s Talk about Racism. It asserts Christianity is institutionally racist, calling for white Christians to repent and offer “a sincere apology” to blacks for being “antagonistic.. to black people or the culture, values and interests of the black community.”

Christianity has long been a massive part of the destruction of White racial consciousness, but it seems Christians need to step up the White genocide agenda even more now to be right in the eyes of God… and the woke mob.

Chick-Fil-A Foundation President Rodney Bullard is a National Advisory board member of The Salvation Army, and we know what that organization thinks about making amends for supposed racism.

“Many have come to believe that we live in a post-racial society, but racism is very real for our brothers and sisters who are refused jobs and housing, denied basic rights and brutalized and oppressed simply because of the color of their skin,” one lesson explains. “There is an urgent need for Christians to evaluate racist attitudes and practices in light of our faith, and to live faithfully in today’s world.”

In an accompanying Study Guide on Racism, Salvation Army authors explain that all whites are racist, even if they don’t realize it. “The subtle nature of racism is such that people who are not consciously racist easily function with the privileges, empowerment and benefits of the dominant ethnicity, thus unintentionally perpetuating injustice,” it says.

What is the actual system racism black people are suffering today? They are handed jobs through affirmative action, handed money through welfare and grant programs, given “affordable” housing, all while the media covers up their crimes and makes them out to be the ultimate sexy spokespeople for everything good, righteous, and cool.

As for The Salvation Army, they have a Cohen as a spokesperson, running a hasbara campaign for the Christian organization, arguing that they have not embraced any new ideology, but always been a beacon of anti-racism. Newsweek continues:

External Communications Manager Joseph Cohen responded to questions regarding the initiative and corresponding petition. Cohen said The Salvation Army has in no way changed its views or adopted any new ideology, like CRT. “Our beliefs have always been rooted in scripture, and they still are. That includes our complete rejection of racism, which is in stark contrast to the biblical principle that we’re all created in the image of God. We believe that, as God loves us all, so we should all love one another,” said Cohen, noting the organization’s international positional statement on the issue, which was created in 2017.

Cohen did recognize that TSA occasionally provides voluntary discussion guides to its people to prepare them to engage with others on various topics. In terms of racism, two such guides have been prepared through the International Social Justice Commission, he explained. “But these voluntary discussion guides certainly are not required, and they never take the place of our Positional Statements,” said Cohen. “For us, the Truth in scripture is always supreme.”

The scriptural truth is supreme? What about some of those Bible quotes that don’t really jive with the current Christian narrative?

The Bible really is just chock full of “Truth”! 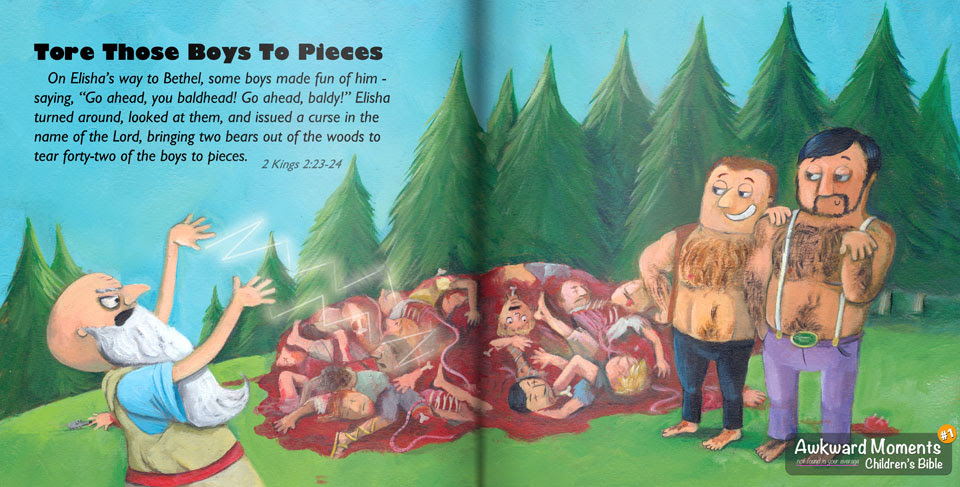 I could have fun pointing out the insane content of the Bible all day, but I think you guys get the point by now. 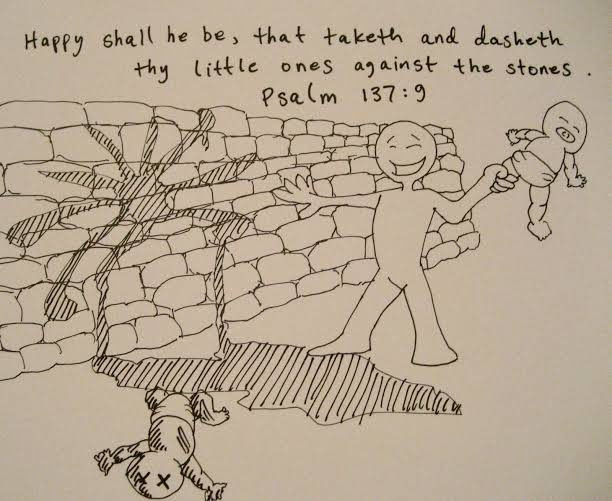 No wonder Christians are so screwed up in the head, convinced the best way to save the world is by eradicating Whiteness. They were raised in a crazy cult.

- November 27, 2021
Email ThisBlogThis!Share to TwitterShare to FacebookShare to Pinterest