For the first time since May 2018, the majority of American registered voters now say they oppose the Black Lives Matter movement, according to a Civiqs survey. 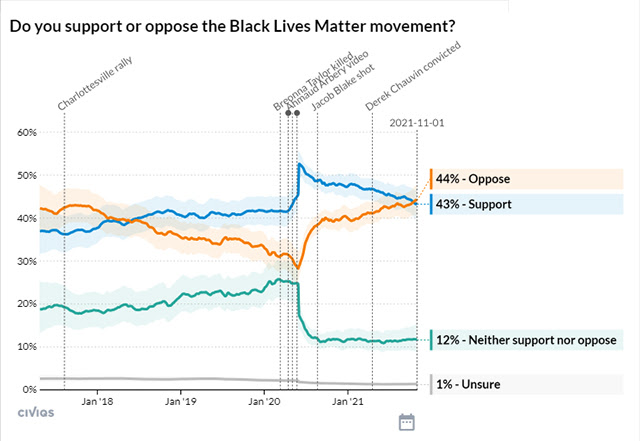 The steady loss of support has been most pronounced among independent voters and Hispanics. 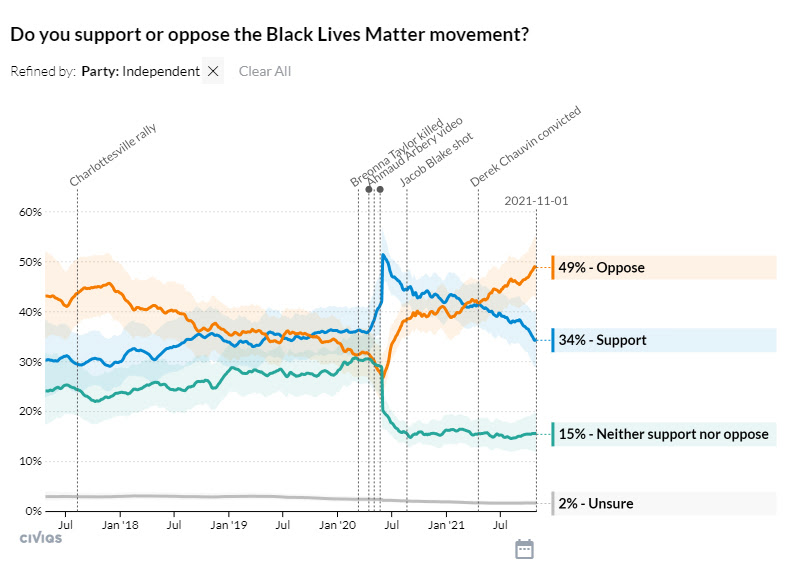 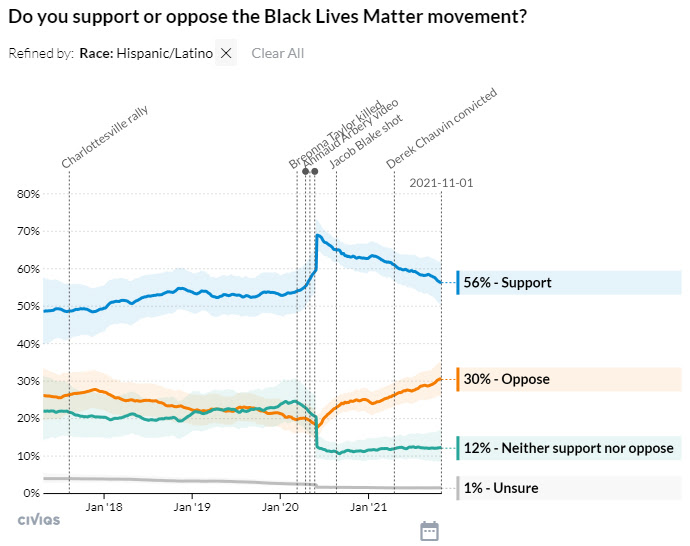 The Black Lives Matter riots of 2020 were the most damaging riots in US history with damages estimated to exceed $2 billion.

- November 04, 2021
Email ThisBlogThis!Share to TwitterShare to FacebookShare to Pinterest