Not Using Preferred Pronouns is a Human Rights Violation in Canada, But Forced Vaxxing is Fine

Not using people’s preferred pronouns is a human rights offense, a Canadian tribunal ruled while settling an employment dispute.

The British Columbia Human Rights Tribunal ruled in favor of Jessie Nelson, a British Columbia restaurant server who is biologically female but identifies as nonbinary. Nelson, who asked colleagues to use “they” and “them” pronouns, was repeatedly called “she” and “her” by former colleague Brian Gobelle…

“Using correct pronouns communicates that we see and respect a person for who they are,” Devyn Cousineau, a member of the tribunal, wrote in the 42-page ruling. “Especially for trans, non-binary, or other non-cisgender people, using the correct pronouns validates and affirms they are a person equally deserving of respect and dignity.”

How can I possibly respect a singular individual that wants me to say “them” when referring to him or her? Not to mention all of the other absurd pronouns these freaks are making people “respect”? 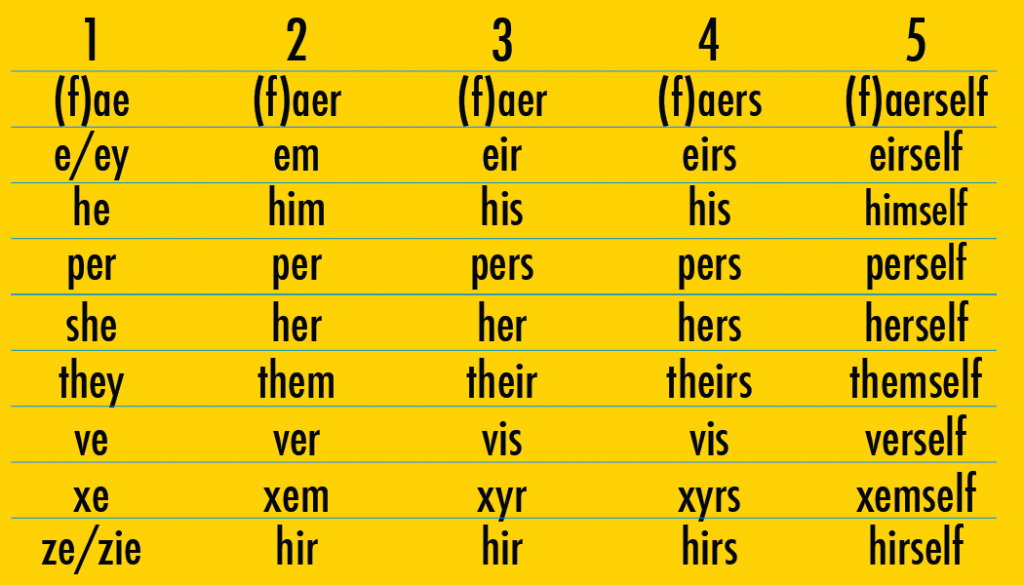 Pretty soon the government is going to require people to go to school just to learn the “proper” way to use all of the pronouns that are coming from the minds of the mentally ill.

Other government entities have taken steps toward promoting gender-neutral policies, with the U.S. Centers for Disease Control and Prevention recently urging “pregnant people” to get vaccinated against COVID-19 and the United Nations reminding member states last year to adopt gender-neutral language.

The sick, sadistic politicians who are forcing people to get vaxxed up, because we should “trust the science,” are at the same time trying to get us to believe that not only women can get pregnant. Facts do not care about feelings, and the fact is that these people are forcing unscientific insanity upon the public.

- October 06, 2021
Email ThisBlogThis!Share to TwitterShare to FacebookShare to Pinterest