“Patsy” Behind Capitol Threat Told Feds His “Bomb” Was “Built by Y’all’s People,” “The People Y’all Had in The Military”

Floyd Ray Roseberry, the mentally disabled “patsy” behind the conveniently-timed bomb threat to the Capitol on Thursday, said repeatedly during a Facebook livestream that someone “in the military” built the (inoperable) “bombs” he was threatening would automatically go off if he was shot and he was “chosen” to “talk” on behalf of those military experts.

“Great news gang,” AbcdentMinded said, “remember that rambling guy who said he’d been given a bomb and ‘chosen’ for his mission, who had a vague impression of multiple other accomplices hiding nearby with bombs of their own? They got him! And it wasn’t a bomb after all. The counter-terrorists win

Congress and the president were never under any threat because Congress is on break and Roseberry’s “bomb” was inoperable.

No one is buying this BS.

Because Roseberry is mentally disabled, his ramblings made him sound like a schizophrenic neocon rather than a fed up everyday American patriot (see: “white extremist”) as the FBI likely intended.

In the course of his 30 minute rant, Roseberry went from saying how he supports mass immigration of “black, white, lesbian, gay, LGBT” people to calling for immediate “airstrikes in Afghanistan” to “kick the Taliban’s a** and stop them from killing people.”

You can read his full 30-minute rambling on The Daily Mail.

Roseberry’s ex-wife told the media on Thursday that “he’s always been mentally unstable, volatile” and was diagnosed with bipolar disorder and put on medication.

Just to break down the most likely scenario here: the FBI had their undercover agents target and entrap yet another mentally ill man (they absolutely love using mentally ill/mentally disabled people as patsies) — probably after seeing him shooting his mouth off on Facebook — by convincing him that he was the pointman for a patriot “revolution” and the military had his back and set up “bombs” around the Capitol so they would explode if he was shot.

The FBI provided him with explosive materials and a fake “bomb” that couldn’t detonate so he could get life in prison and be put away forever with no one ever hearing his real story.

The “four other bombs” his “military” handlers told him they set up around the Capitol didn’t even exist and the “bomb” they gave him was inoperable.

“No bomb was found in his car, although officials said they did discover materials that could be used to make explosives,” The Washington Post reported Thursday. “Law enforcement officials said Thursday afternoon that they had no indications Roseberry was acting with accomplices.”

The conveniently-timed 2018 pre-midterms “Trump superfan” Cesar Sayoc fake pipe bomb incident has tons of parallels to this case. Same goes for the pre-2020 election “Whitmer kidnapping plot” that evidence suggests was organized by the FBI.

The regime is desperate to advance their “white extremist” narrative because no one is taking the bait and Biden’s approval ratings are plummeting. 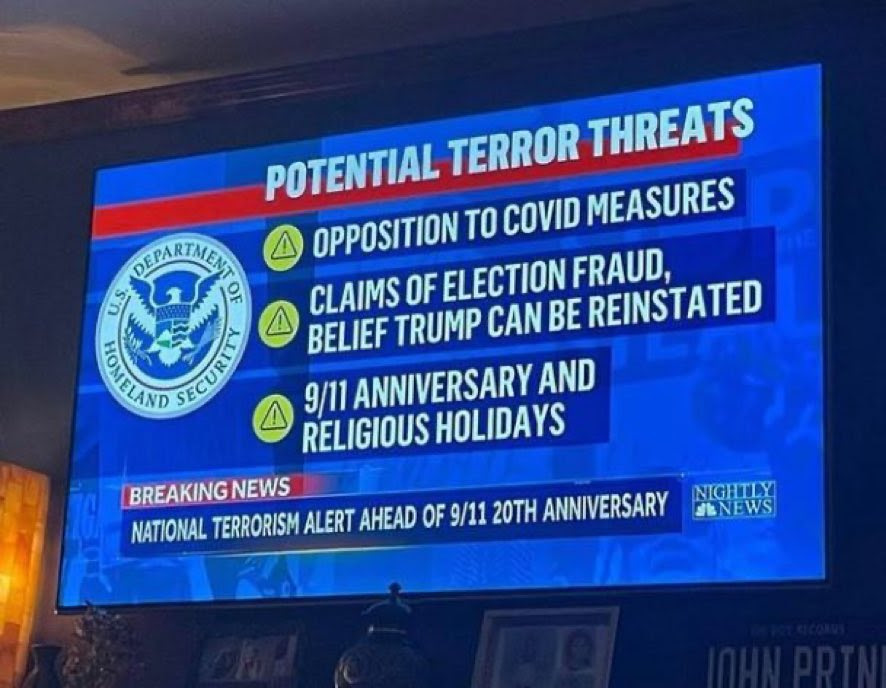 American patriots and nationalists are fired up politically, making waves at local school board meetings and are getting around Big Tech’s censorship with new platforms like Telegram and Gab.

Meanwhile, the regime is losing all legitimacy and the phony “Whitmer kidnapping plot” the FBI allegedly organized from the very beginning in Michigan is getting exposed.

Staging events like this is the FBI’s number one tool in their toolbox and it appears they’re making use of it once again!