Appearing on Wednesday’s Katy Tur Reports on MSNBC, PBS White House correspondent Yamiche Alcindor declared that “white male conservative voters” and former President Trump are to blame for the CDC’s flip-flopping on their latest guidelines that says vaccinated people should be wearing masks, but the facts said otherwise.

Guest host Geoff Bennett had asked Alcindor to comment on the “confusing” nature of the rule, but she decided to attack instead…

YAMICHE ALCINDOR: That’s right. The Biden administration and President Biden have really underscored that they are going to follow the science and not let politics play into this, but we have to underscore that the people who benefit the most from the CDC guidance that was updated just a day ago are the same people who are least likely to follow that guidance, the people who are unvaccinated, the people who don’t want to wear masks, largely Republicans, largely white male conservative voters who are looking at these guidance and thinking that there’s some sort of conspiracy against their freedoms.

The original sin of this pandemic from a government standpoint was politicizing it. It was this idea that President Biden’s predecessor, former President Trump, that he politicized the idea of wearing masks, that he floated all sorts of issues when it came to what could actually treat coronavirus and then finally when the vaccine that he had been pushing scientists to develop, when it was finally ready, he didn’t do the real work of trying to convince his supporters to get vaccinated and left states flat-footed when it came to distributing the vaccine so the Biden administration is having to contend with the idea that they are having to tell vaccinated people, people that they told “if you’ll follow the rules you’ll be able to get this great thing in July which is a sense of normalcy and your masks off,” that is all now being reversed.

GEOFF BENNETT: And Michael to Yamiche’s great point, according to a new Axios/Ipsos poll, a whopping 45% of unvaccinated Americans who are not at all likely to get a COVID vaccine are Republicans. Compare that to just 12% of the same group who are Democrats.

This reminds me of when The Root said that “Whiteness” is a “pandemic” and “the only way to stop it is to locate it, isolate it, extract it, and kill it.” 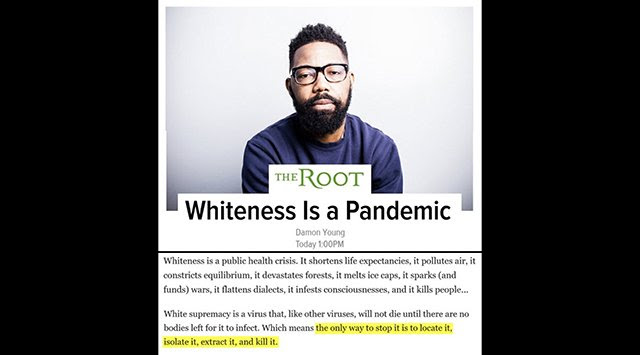 This is just pure hate propaganda and incitement that’s completely devoid of reality.

The Kaiser Family Foundation reported last week that blacks are the least likely to be vaccinated: 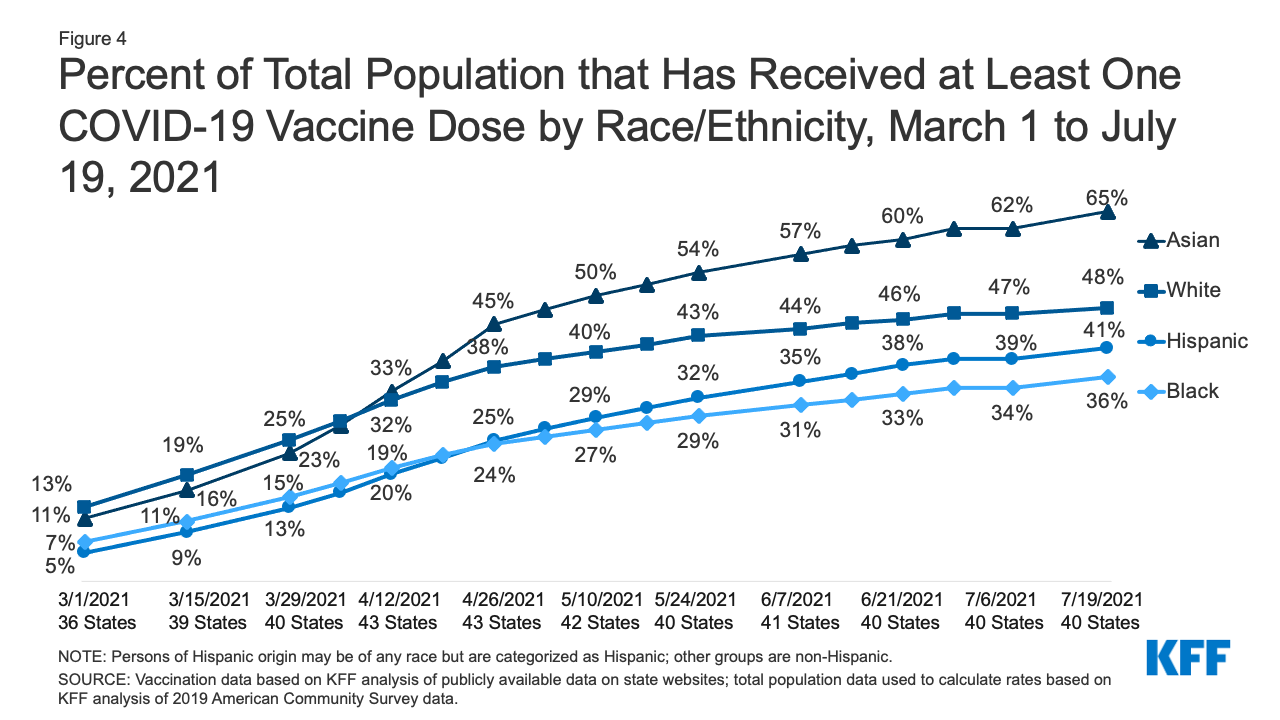 - August 02, 2021
Email ThisBlogThis!Share to TwitterShare to FacebookShare to Pinterest