Atomwaffen Division under Sutter’s leadership became a Satanic death cult that targeted troubled youth for radicalization so the feds could set them up to advance their false narrative that “white extremists” are America’s greatest terror threat.

This is where our tax money is going!

The feds reportedly brainwashed a group of troubled patsy youth using “illegal psychedelic drugs” “in what can only be described as a psychological warfare operation.”

The leader of the other most prominent media-hyped “neo-nazi terror group” known as “The Base” last year was outed as an intelligence contractor and suspected federal agent who had worked for Homeland Security.

The FBI was also recently caught having allegedly organized the Michigan Gov. Gretchen Whitmer kidnapping plot “starting with its inception.”

The feds are creating terrorists to justify their new domestic “War on Terror” wherein opponents of the DC regime will be put on the No Fly List or terror watchlist and stripped of their rights with no due process. 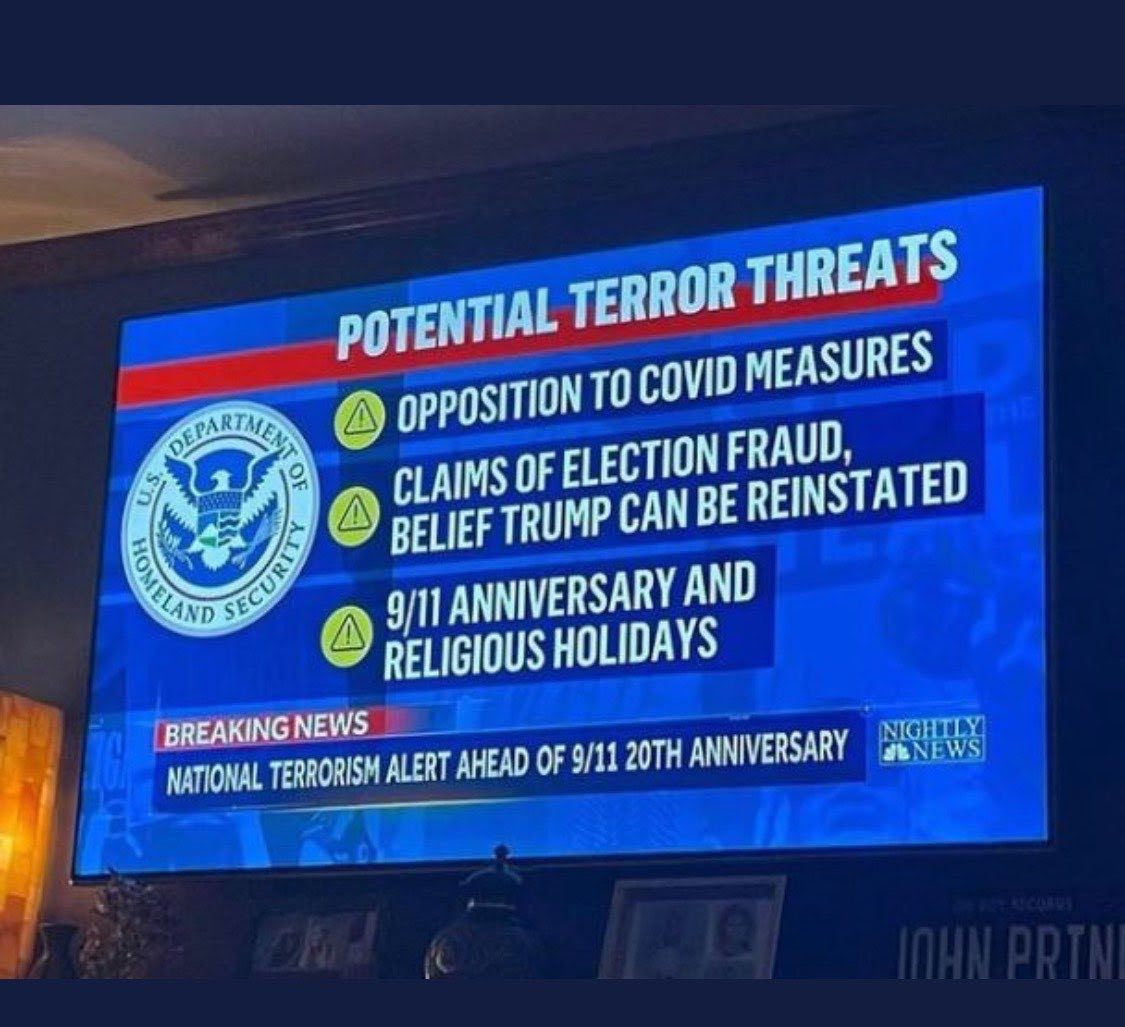 They’re partnering together with the Anti-Defamation League and the Southern Poverty Law Center to label all dissent as “terrorism” and spy on the American people and even members of the military for signs of “extremism.”

America is an empire in decline and the regime in Washington is rapidly losing legitimacy. Our ruling oligarchs are now lashing out at the American people and blaming them for all our nation’s woes while they loot the country and run it into the ground!

If our “leaders” want to find radical extremists hell bent on destroying America from within all they need to do is look in the mirror!

- August 29, 2021
Email ThisBlogThis!Share to TwitterShare to FacebookShare to Pinterest