For years the QAnon movement has been telling all of their followers to blindly “trust the plan,” as the white hats have everything under control and will be draining the swamp real soon. Recently it has come to light just how similar the Q movement is to Operation Trust from the early Soviet Union.

However, there is a much earlier “Operation Trust” that many people have been overlooking, but which has perfectly conditioned people to trust Q’s plan.

Trust in the Lord with all your heart and lean not on your own understanding; in all your ways submit to him, and he will make your paths straight.” Proverbs 3:5-6

The whole Q movement is religious in nature. It is based on signs, symbols, and prophecies. It demands people have faith that Q/Trump is in control and will set things right. You do not need to “lean on your own understanding” or even try to develop your own plan to take back control of America, but just wait and watch. Q works in mysterious ways, just like Trump and Yahweh.

People are very afraid these days. They could trust in their own abilities, in their families and communities, but instead they are told to trust Q and President Trump. It is not surprising that many of the Q-tards identify as Christians, who have been conditioned to trust in the Lord and sit back and wait for the Book of Revelations to unfold, where Jesus will ride in to save the day.

Anything that is not in line with Yahweh’s plan must be eliminated. I like the military metaphor, as Q is supposedly a military operation.

The Q crowd also largely come from a patriotic, conservative background, where they are conditioned to trust in America. 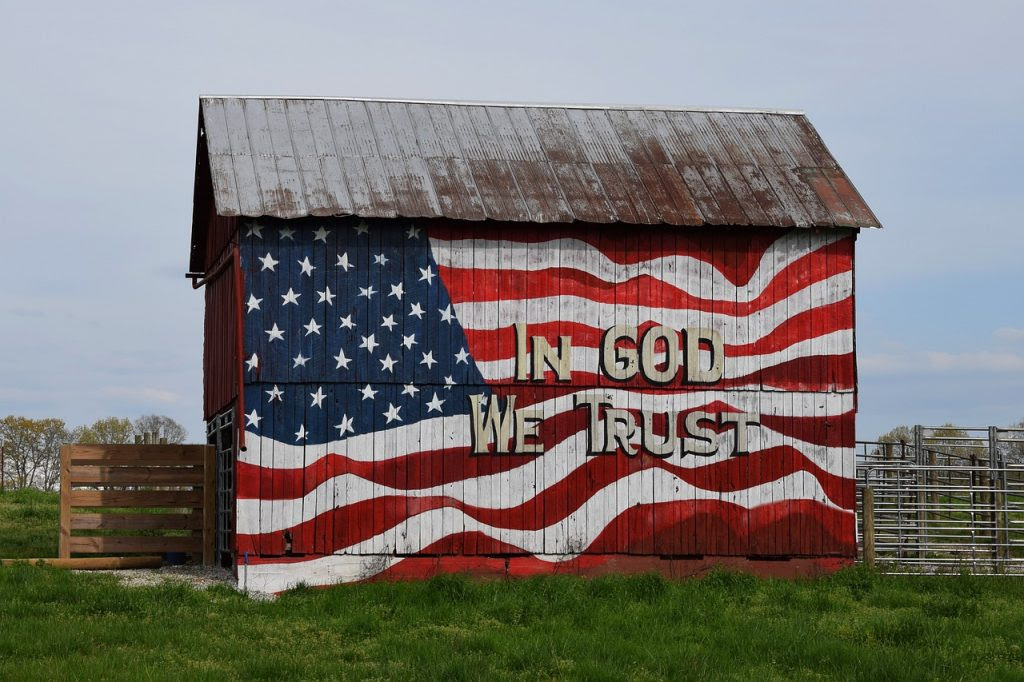 Now that Q seems to have been proven wrong, and Trump has fallen from grace, rest assured that people will be going back to putting all of their trust in Yahweh and his son, the circumcised rabbi. I have seen a lot of this rhetoric in right-wing circles. On Gab Andrew “Torah” Torba constantly releases videos and memes constantly talking about how God is in control. Andrew Anglin, who promotes White shariah rape gangs kidnapping young teenage girls, writes about how we need to all have faith in Jesus. E. Michael Jones is still out there making the circuits telling everyone all about how we all need to accept the will of “Logos.” There are so many other examples of “thought leaders” trying to get their flocks to trust in Yahweh and his son, the semitic savior, as the ultimate solution to our problems. They do not seem to mention that the plan Yahweh had for his son was to see him tortured and crucified, which could very well be the fate of Qtards who trusted their God Emperor.

Trust in the Lord and do good; dwell in the land and enjoy safe pasture.” Psalm 37:3

The church is often referenced as a flock of sheep, with Jesus as the good shepherd.

The Lord chose the lowly flock of sheep as an awesome model of the church. A Christian needs other Christians, it’s part of the way God has created us. The Lord chose sheep, because sheep belong in a flock, sheep need the protection of a shepherd to bring them together. (source)

Jesus is the “good shepherd” that will lead us to safe pasture? What does a shepherd eventually do to his flock, though? He protects them for a time, but once they have been fattened up in the good pastures, he leads them to the slaughter, making some shekels for himself. What an appropriate metaphor!

But blessed is the one who trusts in the Lord, whose confidence is in him.” Jeremiah 17:7

I, for one, give a vote of “no confidence” to Q, Donald Trump, the American government, alternative media leaders, Jesus, Yahweh, and the rest of the people and things we are told to trust on blind faith.

- January 18, 2021
Email ThisBlogThis!Share to TwitterShare to FacebookShare to Pinterest