The Zionist Jew Sheldon Adelson, megadonor to Israel and Republicans, is dead at 87

(JTA) — Sheldon Adelson, the billionaire casino magnate whose philanthropy had an unparalleled influence on American and Israeli politics and Jewish causes, has died at 87.

One of the world’s richest people and a megadonor who set records for his political giving to Republicans, Adelson was known for his deep and polarizing involvement in local, national and international politics, especially his support for Israel and the Republican Party.

Adelson lived the true American dream. His ingenuity, genius and creativity earned him immense wealth, his character and philanthropic generosity his great name.
The extent of Adelson’s giving to causes and institutions he believed in had few equals in American philanthropy. He was the largest donor to Donald Trump’s 2016 presidential bid at $25 million, as well as the nation’s biggest giver in the 2012 election at nearly $93 million. A newspaper he owns, the Las Vegas Review-Journal, was one of the few publications to endorse Trump.

Adelson also contributed enormously to pro-Israel causes. He donated $127 million to the Jewish identity-building program Birthright Israel since 2007, according to IRS filings cited by the Center for Public Integrity. And he was a major backer of Israel’s Yad Vashem Holocaust Memorial Museum. He was a significant funder of the prominent Israel lobby AIPAC until he shifted his giving to more conservative pro-Israel organizations.

He was a major backer of Prime Minister Benjamin Netanyahu with his support of Israel Hayom, a free daily newspaper seen as supportive of the Israeli leader. Adelson also was an eminent funder of the Israeli-American Council, a group for Israelis in the United States that has also engaged in political advocacy, and the Zionist Organization of America, a staunchly right-wing pro-Israel group.

His aggressive approach resulted in conflict at times: In 2019, a federal judge ordered Adelson to pay millions of dollars in fees to the National Jewish Democratic Council for using what the judge called “legal sadism” to effectively put the group out of business. The Jewish Democratic group in an ad had linked to an Associated Press report outlining an allegation that Adelson had allowed prostitution at one of his casinos. The courts agreed with the group, which argued that allowing litigants to punish people for linking to verified reporting would be a dangerous imposition on free expression, but Adelson doggedly pursued the issue through appeals.

Adelson was certain of his moral convictions — sometimes to a fault. In 2012, his Las Vegas resort hosted what was to have been a polite debate between Jewish Republicans and Democrats. Adelson walked into the room, took over the proceedings and called President Barack Obama a “crybaby” who should “be in diapers,” infuriating the Democrats in the room.

As a major donor to AIPAC — the American Israel Public Affairs Committee — Adelson breached the unofficial custom of its donors of entrusting policy to the lobby’s seasoned professional staff. If Adelson was giving money, he made clear, he would determine policy to its most minute detail.

In 2007, AIPAC supported an initiative to increase U.S. funding to the Palestinians as a means of accelerating peace talks favored by the Bush administration. That led to an ugly showdown and a split in the relationship just months after Adelson’s name had graced the lobby’s gleaming new headquarters. Adelson likened AIPAC to a friend assisting Israel’s suicide.

“If someone is going to jump off a bridge, it is incumbent upon their friends to dissuade them,” Adelson told the Jewish Telegraphic Agency at the time. He added, “I love and admire the concept of AIPAC.”

After the fight, Adelson turned to funding the Israeli-American Council because he saw the group as a means of filling the vacuum he believed to be left by AIPAC and robustly defending Israel’s positions. 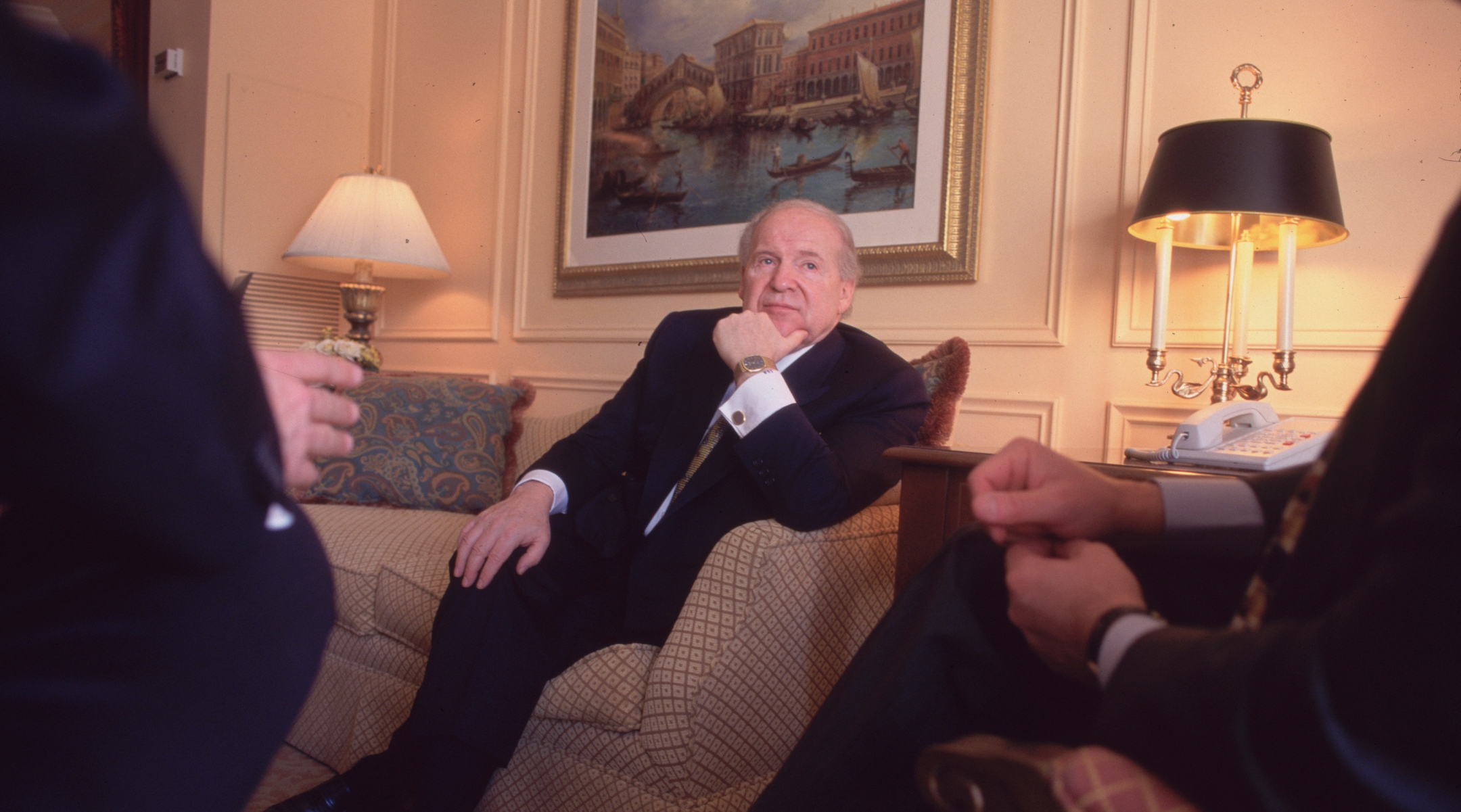 His working-class Boston roots cropped up in his blunt, some would say offensive, manner. He and his physician wife, Miriam Adelson, liked to tell young people participating in Birthright, the free trip to Israel organization he helped fund, that he expected them to procreate.

Adelson also made controversial statements over the years. In 2013, he suggested that the United States drop a nuclear bomb on the Iranian desert as a negotiating tactic. The next year, at a conference of the Israeli-American Council, he said  “The purpose of the existence of Palestinians is to destroy Israel,” and added, “So Israel won’t be a democratic state, so what?”

Adelson admired the Israeli sensibility, interpolating his remarks with Hebrew phrases his wife taught him. He was a major funder of the Israeli scouts movement, Tzofim, in the United States. The Adelsons assumed control of a Las Vegas Jewish school and reshaped it according to the famed Haifa Reali school, where Miriam Adelson was educated. What is now called the Adelson Educational Campus emphasizes a Jewish identity that is less religious than in most Jewish day schools and more nationalistic.

Ahead of November’s presidential election, Adelson reportedly fell out of favor with Trump over the size of his gifts. In one of his final big purchases, Adelson reportedly paid $67 million for the mansion in Israel that was the American ambassador’s residence until Trump moved the U.S. Embassy to Jerusalem from Tel Aviv.

During the coronavirus pandemic, Adelson also gained attention for continuing to pay his casino employees long after other Las Vegas casinos cut off paychecks to their workers.

In 2007, Adelson started Israel Hayom to compete with other dailies that were less friendly to the Israeli right. Its popularity — it became Israel’s most-read paper — has been considered instrumental to Netanyahu’s continued success. Netanyahu expressed “deep sorrow and heartbreak” at news of Adelson’s death, lauding his “tremendous efforts to strengthen Israel’s position in the United States and to strengthen the connection between Israel and the Diaspora.”

Adelson’s millions also transformed smaller Israeli projects. In 2014, he gave $16.4 million to SpaceIL, a nonprofit that attempted to land a small spacecraft on the moon.

Adelson also was a major supporter of drug addiction programs, a specialty of his wife, who specialized in treating addiction. A drug abuse treatment clinic in Las Vegas is named for the couple.

“Sheldon was the love of my life,” Miriam Adelson said Tuesday in a statement. “He was my partner in romance, philanthropy, political activism and enterprise. He was my soulmate. To me — as to his children, grandchildren, and his legions of friends and admirers, employees and colleagues — he is utterly irreplaceable.”

The Adelson had two children together. He also adopted his first wife’s three children, one of whom predeceased him.

- January 12, 2021
Email ThisBlogThis!Share to TwitterShare to FacebookShare to Pinterest