Report: Poor Will Take More Than Decade to Recover From Lockdowns While Rich Thrive Under “Rigged Economic System”

Renegade Editor’s Note: I am obviously not endorsing the entirety of the article, like how the rich could buy everyone in the world a vaccine with their recent profits. No thanks.

In what is no secret to any regular reader of this blog, the COVID-19 pandemic and the lockdowns it justified has – in the words of World Health Organization special envoy David Nabarro – made the poor a lot poorer. All the while billionaires have managed to cash in on their political connectivity and unbalanced exposure to inflating asset markets.

An iteration of this, a report titled “Mega-rich recoup COVID-losses in record-time yet billions will live in poverty for at least a decade” released by Oxfam on Monday reveals that the COVID-19 pandemic (we like to blame the lockdowns here …) and its economic ripple effects is negatively affecting just about every country globally at once. In particular, it is going to strike hard at the lower rung of the economic ladder, with – as the title suggests – the report claiming that “it could take more than a decade for the world’s poorest to recover from the economic impacts of the pandemic.”

Oxfam points to a “rigged economic system” enabling a super-rich elite to amass wealth in the middle of the worst recession since the Great Depression while billions of people are struggling to make ends meet during these unprecedented times where Western governments have tossed their allegiance to economic freedom in the trash for the impossible task of using bureaucracy to contain a virus less than a micron in diameter.

“The recession is over for the richest,” the report reads, adding:

The world’s ten richest men have seen their combined wealth increase by half a trillion dollars since the pandemic began —more than enough to pay for a COVID-19 vaccine for everyone and to ensure no one is pushed into poverty by the pandemic. At the same time, the pandemic has ushered in the worst job crisis in over 90 years with hundreds of millions of people now underemployed or out of work.

The rise in inequality and the global economic condition, according to Oxfam, means it could take at least 14 times longer for the number of people living in poverty to return to pre-pandemic levels than it took for the fortunes of the top 1,000. 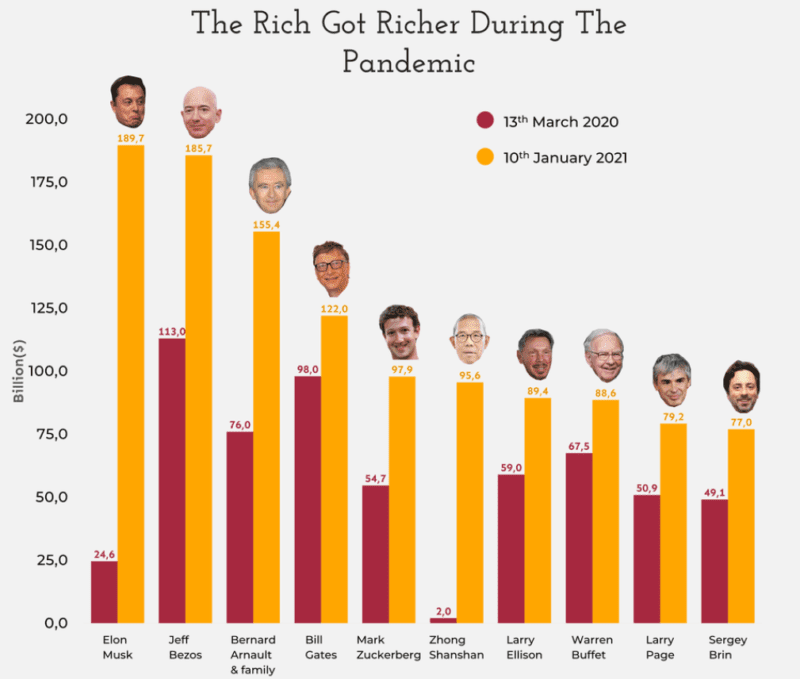 “We stand to witness the greatest rise in inequality since records began. The deep divide between the rich and poor is proving as deadly as the virus,” said Gabriela Bucher, Executive Director of Oxfam International.

“Rigged economies are funnelling wealth to a rich elite who are riding out the pandemic in luxury, while those on the frontline of the pandemic —shop assistants, healthcare workers, and market vendors— are struggling to pay the bills and put food on the table,” he added

As early as April 2020, medical doctors were warning that the SARS-CoV-2 was NOT a threat which could justify governments bringing entire economies to a standstill and was no reason to shatter social norms, as doing so would manufacture a health crisis all on its own.

As you may recall, Dr. Dan Erickson and Dr. Artin Massihi, co-owners of Accelerated Urgent Care in Bakersfield, Calif. went viral with their assessment of the virus outbreak where they tried to warn the public that the “0.03 chance of dying from COVID” was no reason for keeping healthy people at home under state edicts.

They were unsurprisingly censored from YouTube for going against the opinions of the WHO, a trend that would last throughout 2020, as anyone who seemed to strike at the root reason for ending the lockdowns or offering therapeutic solutions was erased from the Internet’s most popular communication channels.

As dissenting views were wiped away, the mouthpieces of officialdom shoved the lockdown narrative into the collective conscious until just about everyone on your Facebook friends lists applied the “stay home it will saves lives” filter on their profile pic.

In the United states, where no one is immune to the notion that lockdowns make the poor a lot more poorer, the response by governments and central banks has been MORE debt monetized by money printing. 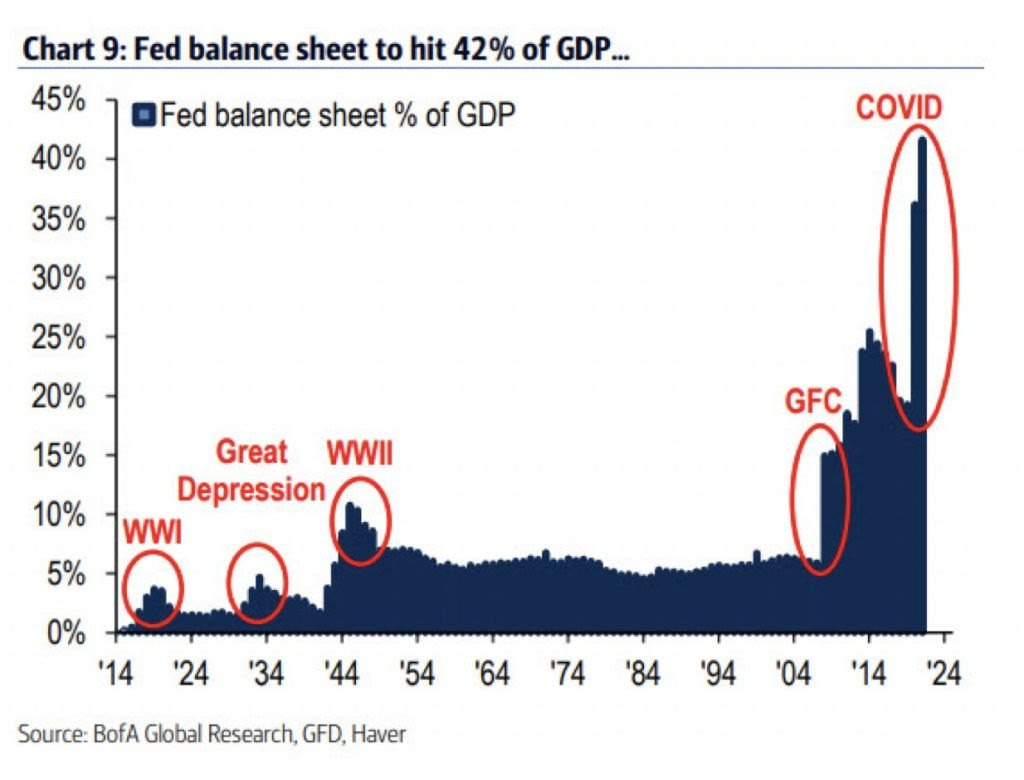 The introduction of the Universal Basic Income checks handed out by the federal government have been far from adequate with replacing actual income, as it is obvious that printing money and handing it out to people isn’t productive, especially when there are only a few multinational corporations to spend your money at.

On a worldwide scale, the poorest nations are going to suffer incredibly because of the supply chain disruptions the lockdowns have caused with the WHO is warning that some 270 million people are now “marching towards starvation.” This fact alone is enough to shame the “stay home crowd” and their wish to “save just one life.”

The released report from Oxfam coincides with the opening of the World Economic Forum in Davos where diplomats from both the East and West tout a “great reset” to fix the economic suicide committed by governments with their virus containment measures.