Renegade Editor’s Note: The featured image is not from the school, but it might as well be. 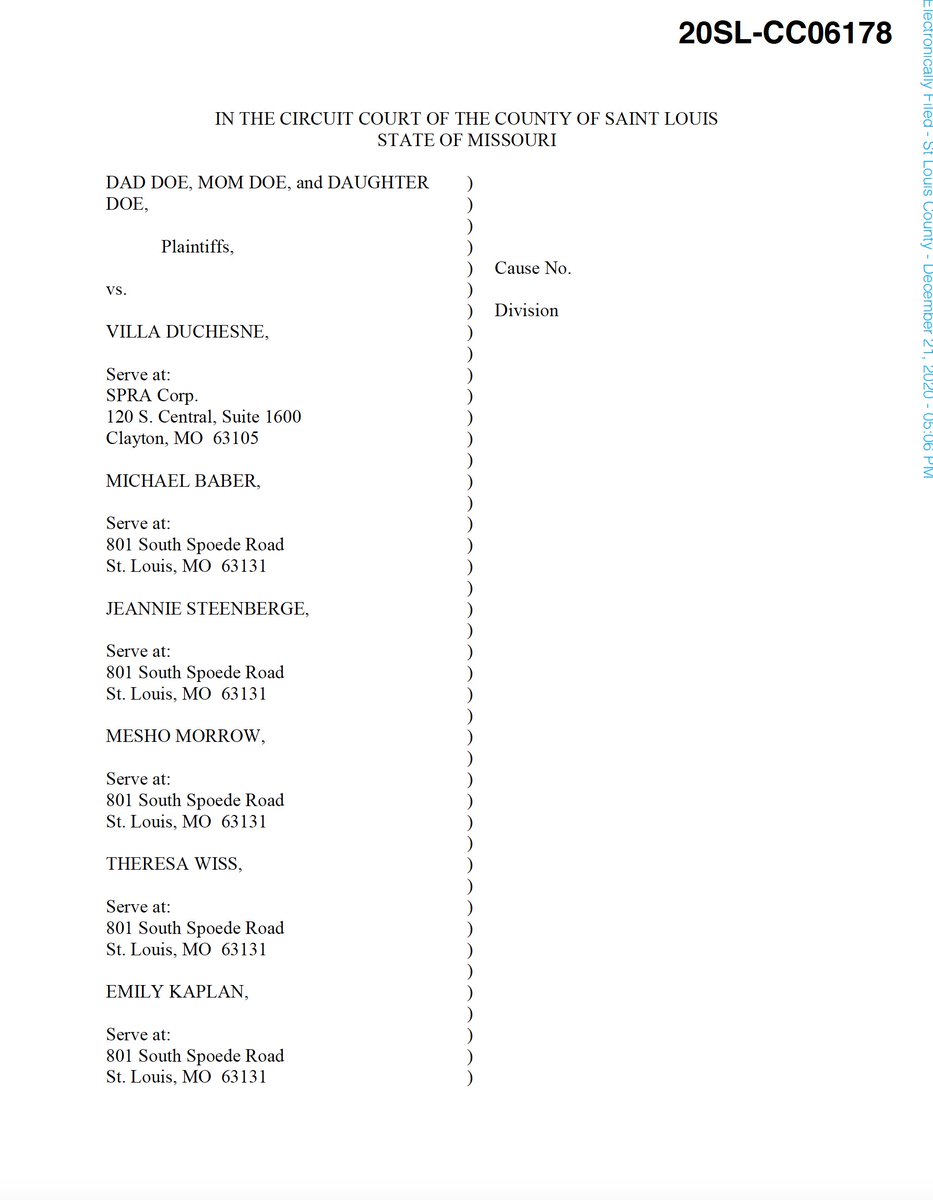 2) Students were told that all white people are racist because they’re white, and that black students should “be free from discipline regardless of their behavior.”

4) In October a student claimed that the Plaintiff’s daughter had stood up in class, pointed to a black student and said “Black Lives Do NOT Matter!”

However, the class where this vent allegedly took place was videotaped, and upon review no such event had occurred. 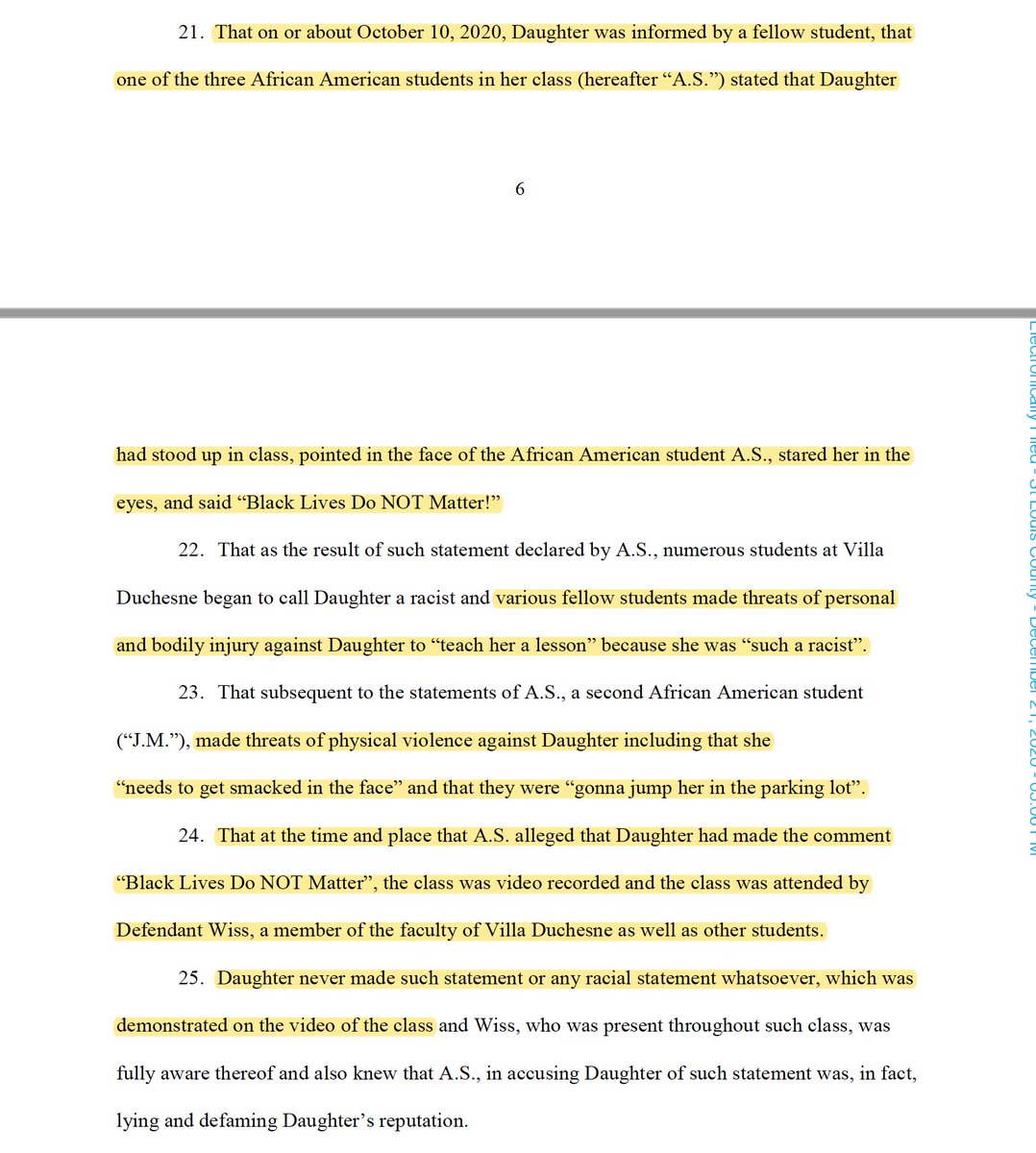 5) Following the accusations, the plaintiff’s daughter was “subject to enormous social ridicule and threats of personal violence.”

During a meeting, the principal and a faculty member allowed a black student to aggressively verbally berate the daughter, without intervention. 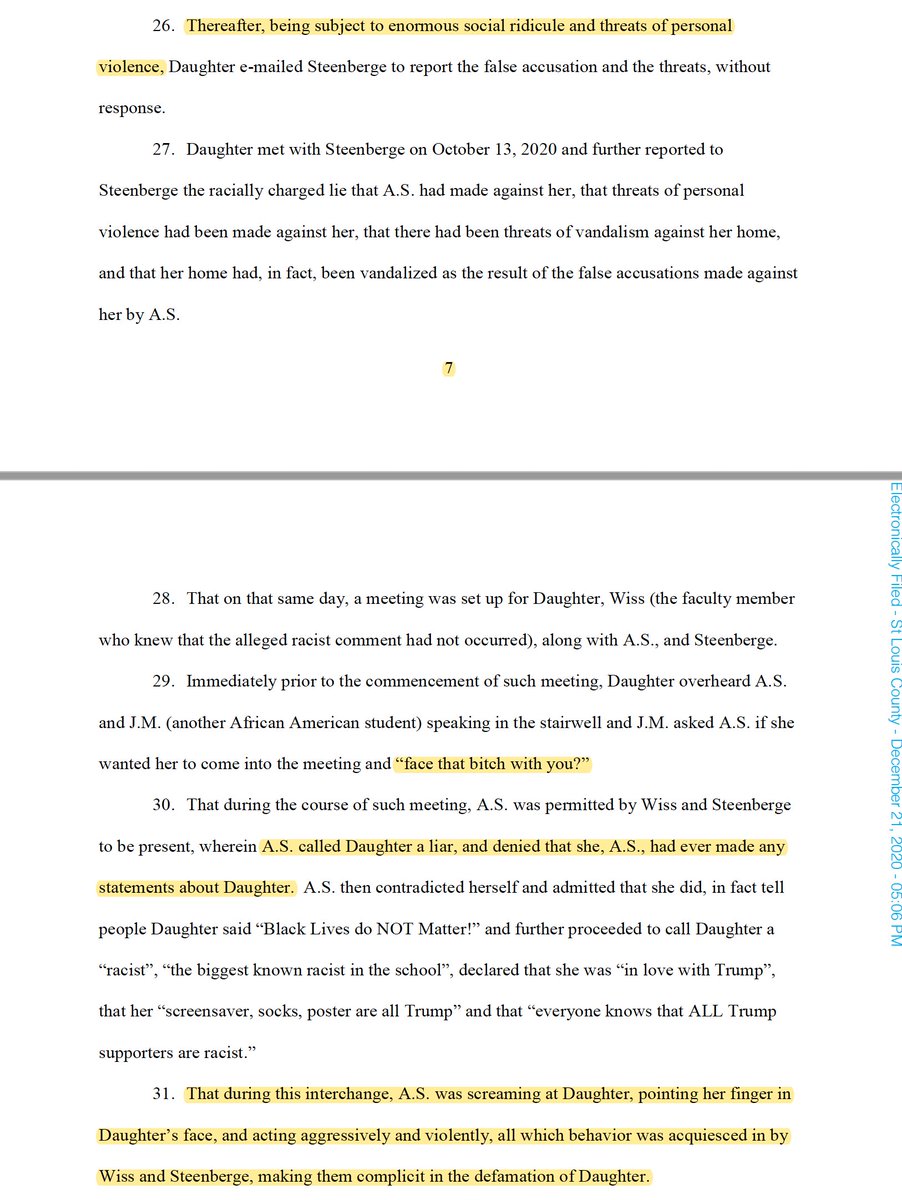 6) Daughter had a Thin Blue Line sticker on her laptop that students mistook for a Blue Lives Matter sticker.

Faculty told daughter the sticker was racist and “made to crush the BLM movement,” and that “simply having that sticker, you should expect to be treated like a racist.” 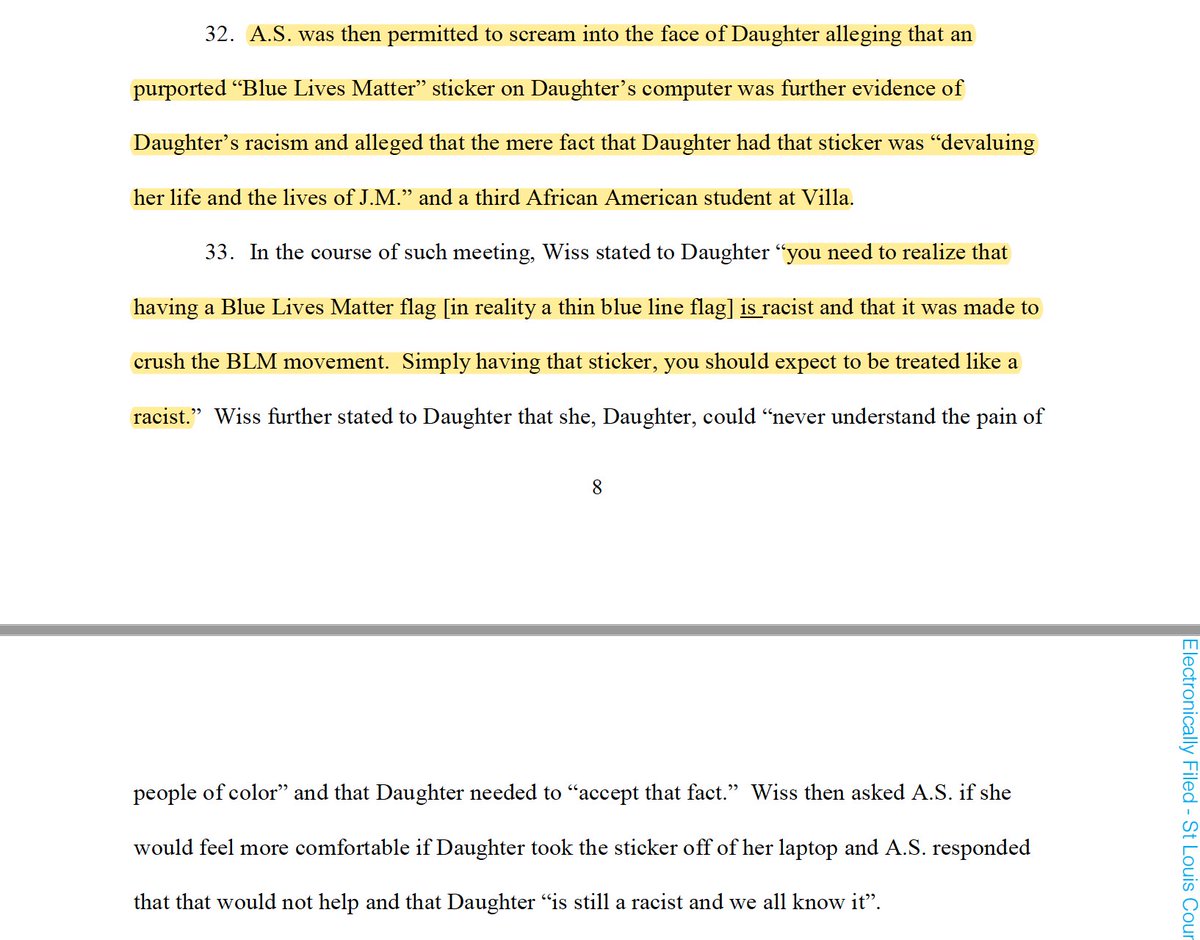 7) At another meeting, the principal told the daughter that “she was, in fact, a racist, that everyone who is white is a racist, and that ‘we are all racists, we are white.'”

Other faculty insisted that the daughter “declare that she ‘felt safe'” and “it was all in her head.”

8) After the daughter repeatedly refused to “admit” to falsehoods, the Dean of Student Excellence—an ardent BLM supporter—stated that they would not discipline the black students who has verbally abused, physically threatened, and defamed her on social media. 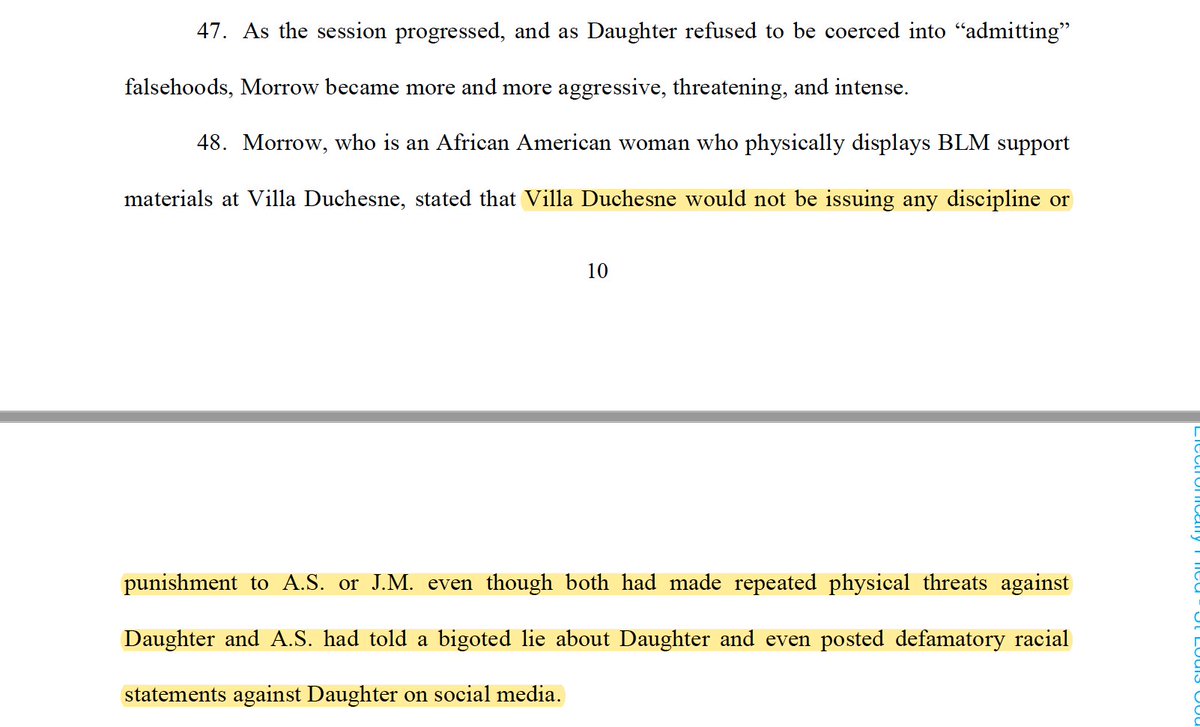 9) During this meeting, the daughter was “held against her will” and denied the opportunity to speak with her parents, to be represented by counsel, or leave, all the while being “verbally abused, coerced, and intimidated” by the Dean with the acquiescence of the principal.

10) After the meeting, the daughter endured more threats of violence from students, none of whom were disciplined. 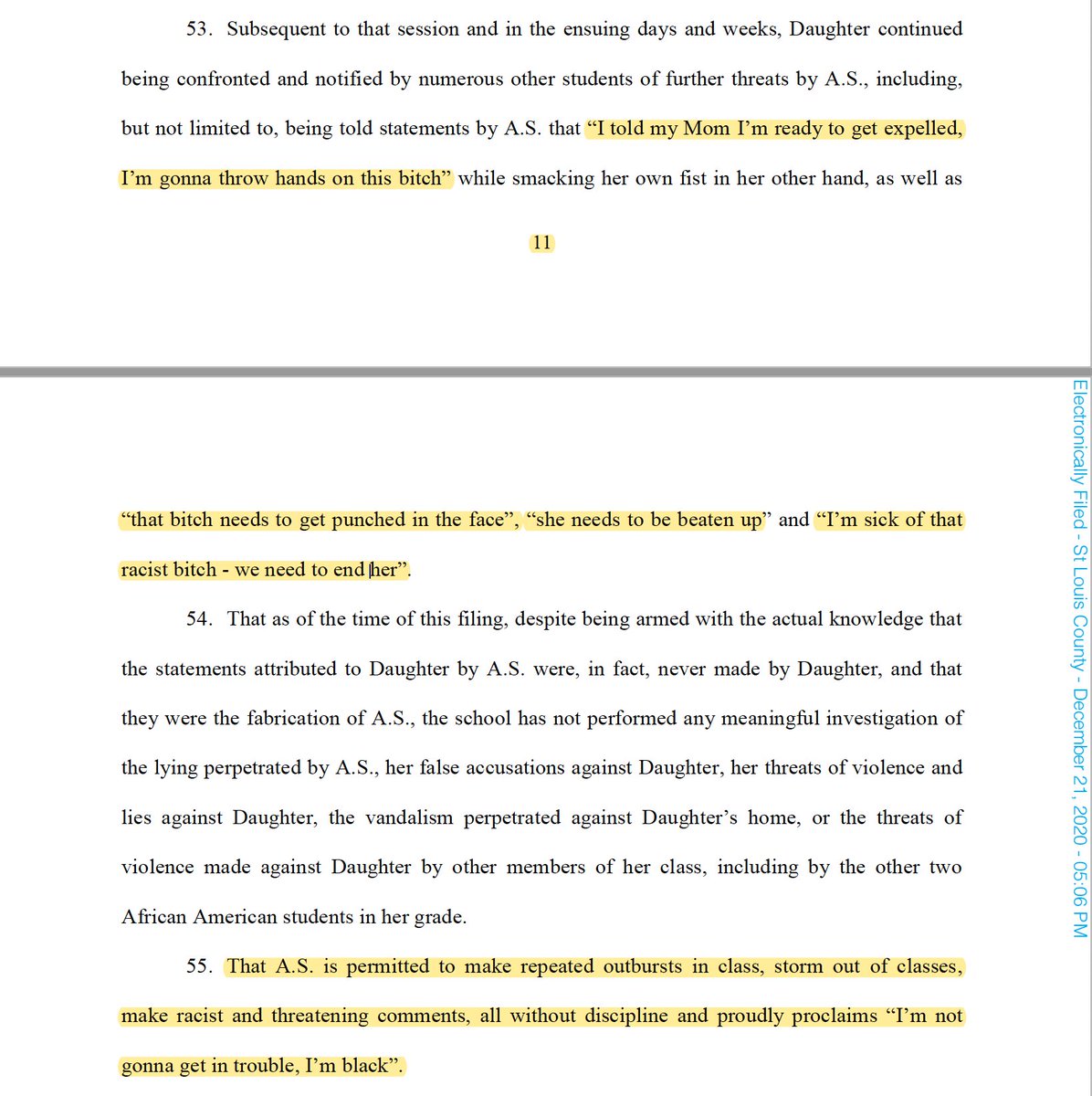 11) Lawsuit claims the daughter’s treatment violated the school’s contract with parents to “provide a safe, supportive environment for learning” and to not discriminate based on race.

Instead of protecting the daughter from threats and violence, the school subjected her to more. 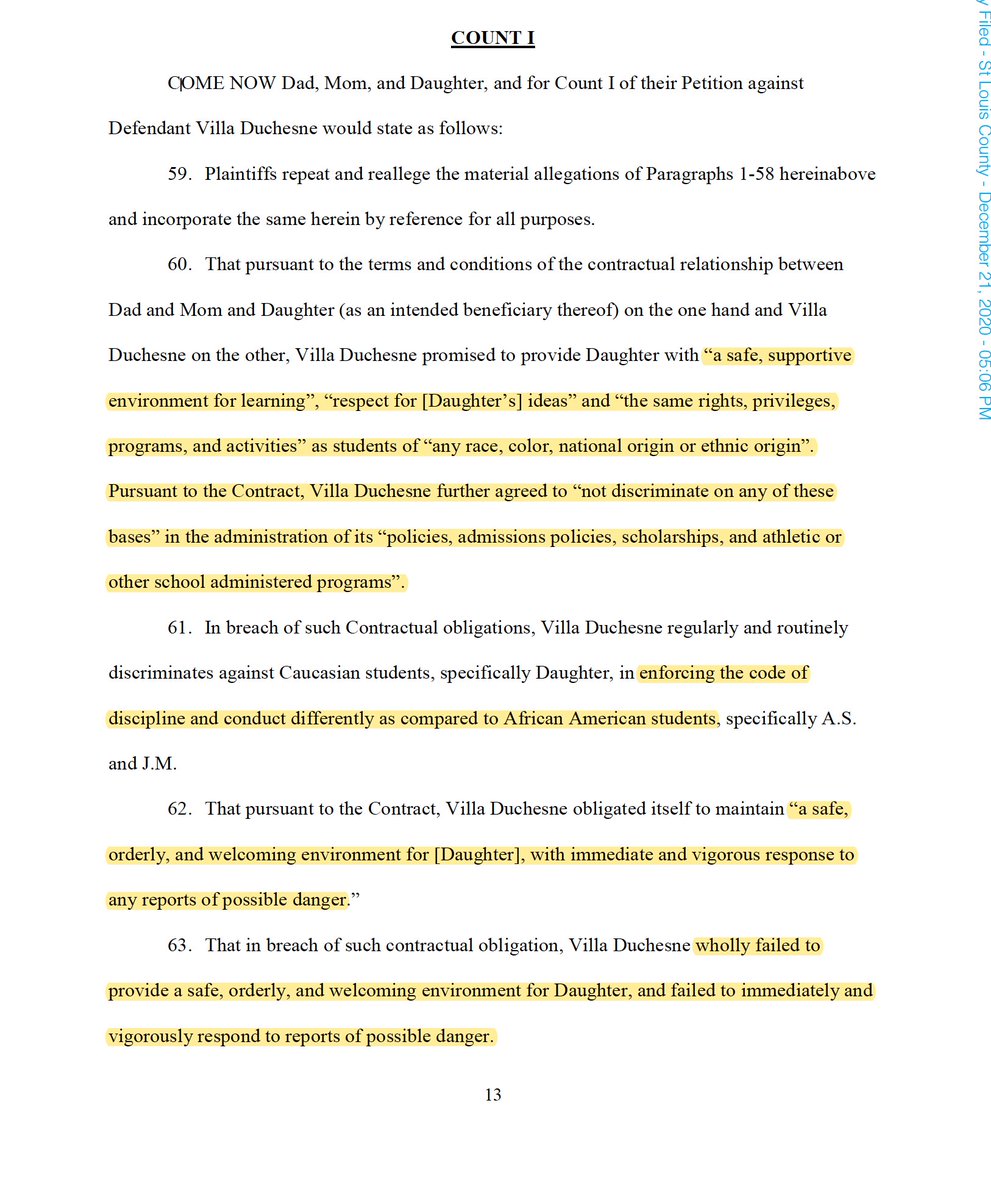 12) Lawsuit claims that the acts by the faculty were meant to “coerce, intimidate, and threaten daughter into accepting and acknowledging a racist political ideology commonly referred to as ‘Critical Race Theory,’ unrelated to any scholastic purpose.” And more: 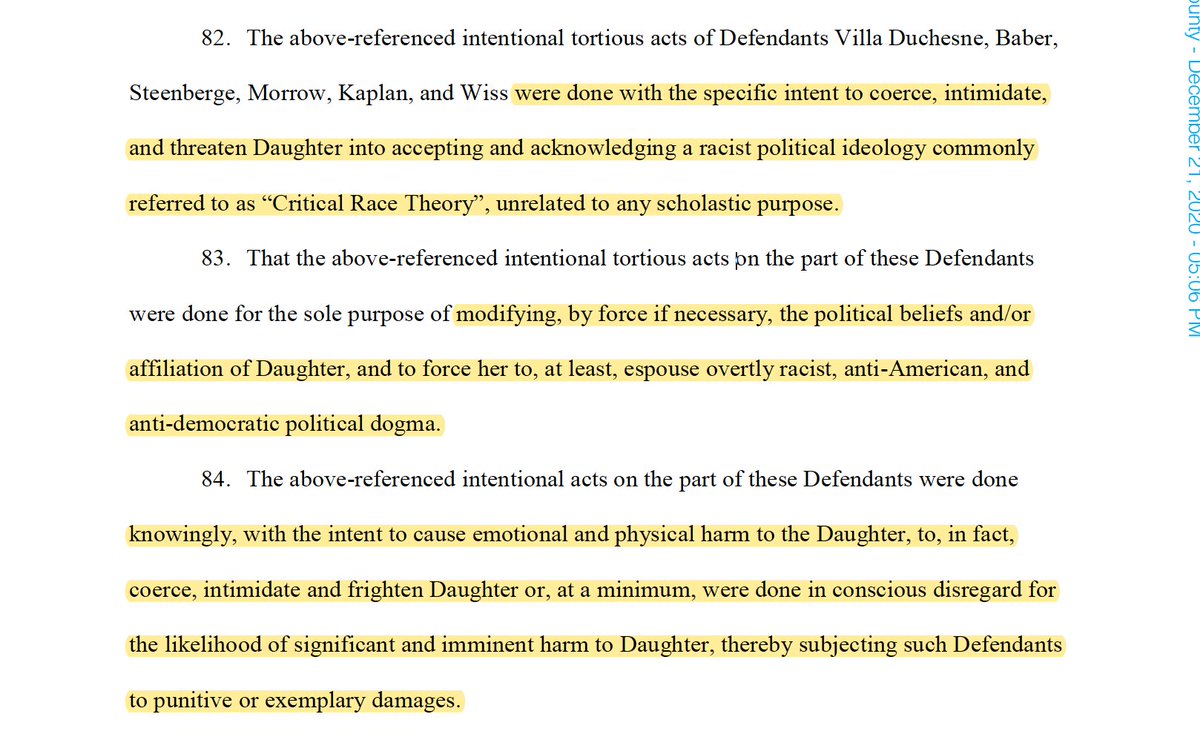 13) The lawsuit claims that the meeting where the daughter was held against her will and subjected to abuse “constitutes false imprisonment in that they acted with the intent to confine Daughter within the principal’s office against her will, to her detriment and damage.” 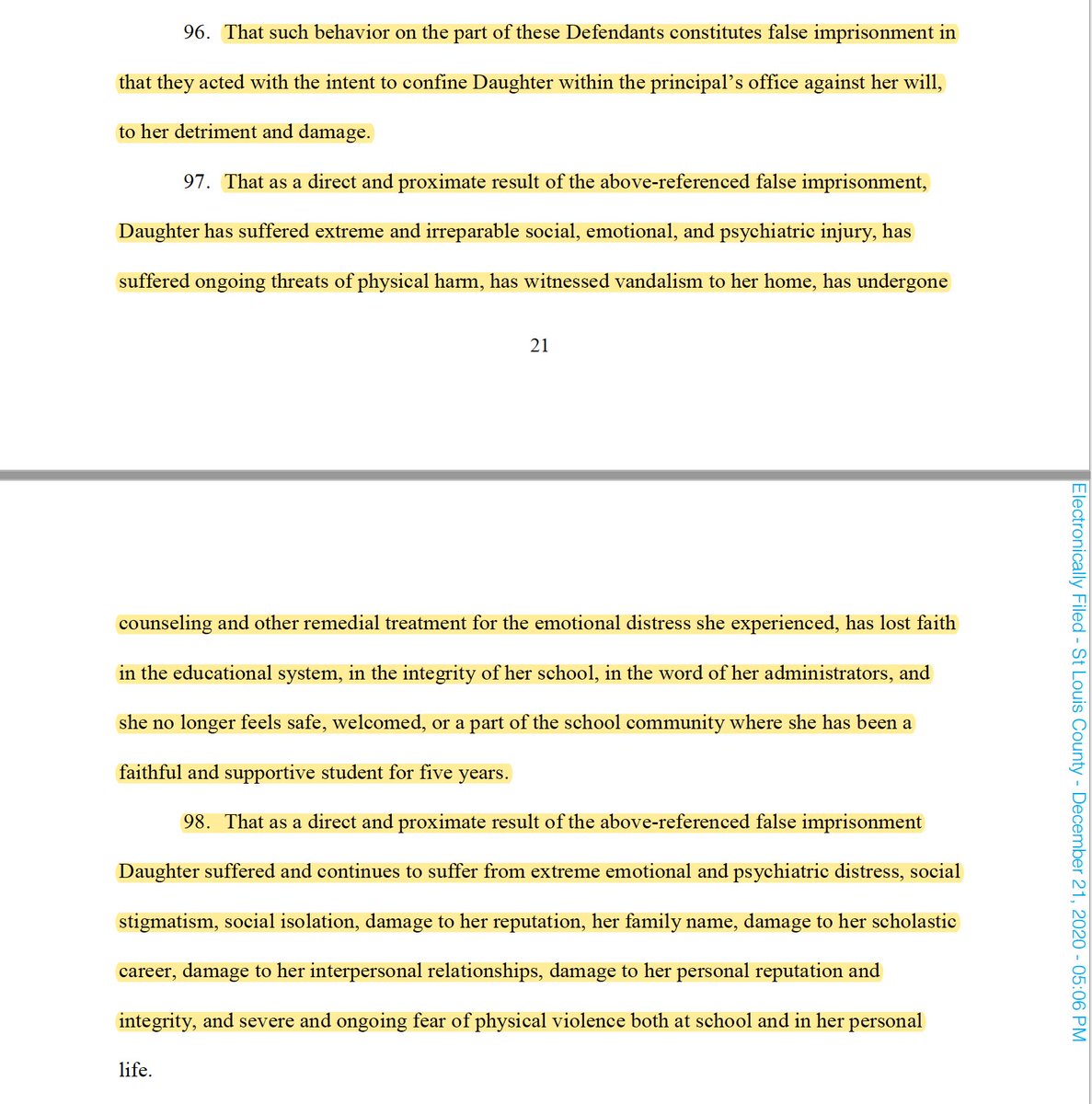 14) The lawsuit further claims that the school’s actions, by discriminating against the Plaintiff based on her race, violate The Constitution of Missouri, which states “that all persons are created equal and are entitled to equal rights and opportunities under the law.”

16) DISCLAIMER: Just because one side has filed a claim with some facts in court, does not make those facts necessarily true. We will need to follow the details of the case as it progresses to get the whole story.

Read more about this story at The College Fix.