Jews Move Ahead with Plan to Turn Twenties Into Tubbies

Back in 2016 Treasury Secretary Jack Lew announced that the US would be replacing Andrew Jackson with Harriet Tubman on twenty dollar bills.

Treasury Secretary Jack Lew has struck upon a reasonable compromise. Lew announced on Wednesday that the place of Alexander Hamilton, currently experiencing a historical renascence, on the $10 bill is safe. Instead, Harriet Tubman, the great abolitionist, will replace Andrew Jackson on the front of the $20 bill, and the seventh president will be moved to the back. (Source)

Obama’s money man Jack Lew is a jewish supremacist, which means he is really “good with money.”

It’s important that our notes, our money… reflect the history and diversity of our country and Harriet Tubman’s image gracing the new $20 note will certainly reflect that.”

That Andrew Jackson is the American president being targeted is not surprising. Andrew Jackson was a vehement opponent of having a central bank controlling the purse strings of the country and his proudest accomplishment was crushing the Second Bank of the United States.

Gentlemen! I too have been a close observer of the doings of the Bank of the United States. I have had men watching you for a long time, and am convinced that you have used the funds of the bank to speculate in the breadstuffs of the country. When you won, you divided the profits amongst you, and when you lost, you charged it to the bank. You tell me that if I take the deposits from the bank and annul its charter I shall ruin ten thousand families. That may be true, gentlemen, but that is your sin! Should I let you go on, you will ruin fifty thousand families, and that would be my sin! You are a den of vipers and thieves. I have determined to rout you out, and by the Eternal, (bringing his fist down on the table) I will rout you out!” – Andrew Jackson

I am pretty sure that Andrew Jackson would have been very upset if he knew one day his face would be on a note issued by the Federal Reserve, the third central bank of the US. Everything he said about the den of vipers is still true to this day, and even more so. 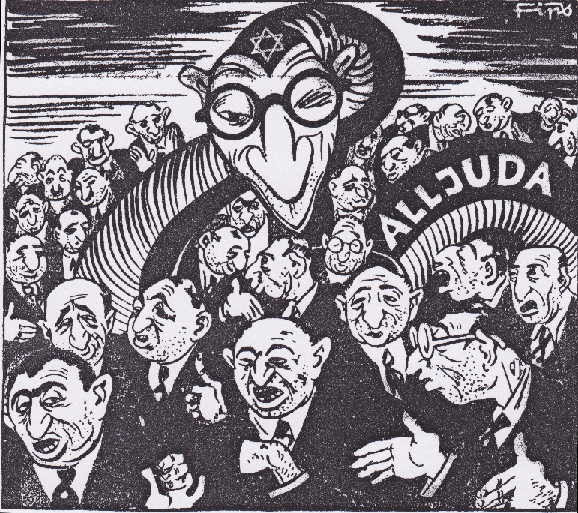 I don’t even mind that the twenties are changing to Tubbies. It will anger more White Americans, who are getting sick and tired of having their faces rubbed in the supposed “racism” of their history, and perhaps get them to realize that the jews who rule over us and issue the money supply want us erased from history. This is part of their agenda of White genocide and it must be stopped, not just by ending the Fed, but also removing the jewish stranglehold on our whole world.