I have not been following these events very closely. It’s honestly pathetic that the only time White people actually get together in a big way is to defend the most pro-Zionist president in US history. However, as soon as I heard the red hats had “violently” stormed the Capitol, I knew this was all a big stage play, made to happen for further psychological operations, most specifically against American White people.

Just take a look at D.C. cops apparently letting a large group of “protestors” join up with even more in order to enter the halls of Congress.

See the guy waving them all in? This was all orchestrated. The photographers were all ready to capture the perfect pictures, especially of the horned “QAnon Shaman” with his cult in Congress. How did these actions benefit anyone other than the ruling establishment? Hell, I may have supported the march if they were going after both parties, for the most important and legitimate grievances, and actually holding them accountable, rather than just posing for pics.

Apparently only a White woman was killed in the chaos.

This operation will be a catalyst for very big changes, much like Charlottesville was.

It is funny (yet tragic) seeing the controlled opposition Daily Stormer lamenting how Charlottesville and this DC march went horribly wrong, while having helped to make both happen. Just look at the banner he has been running for a while now alongside the recent headline. 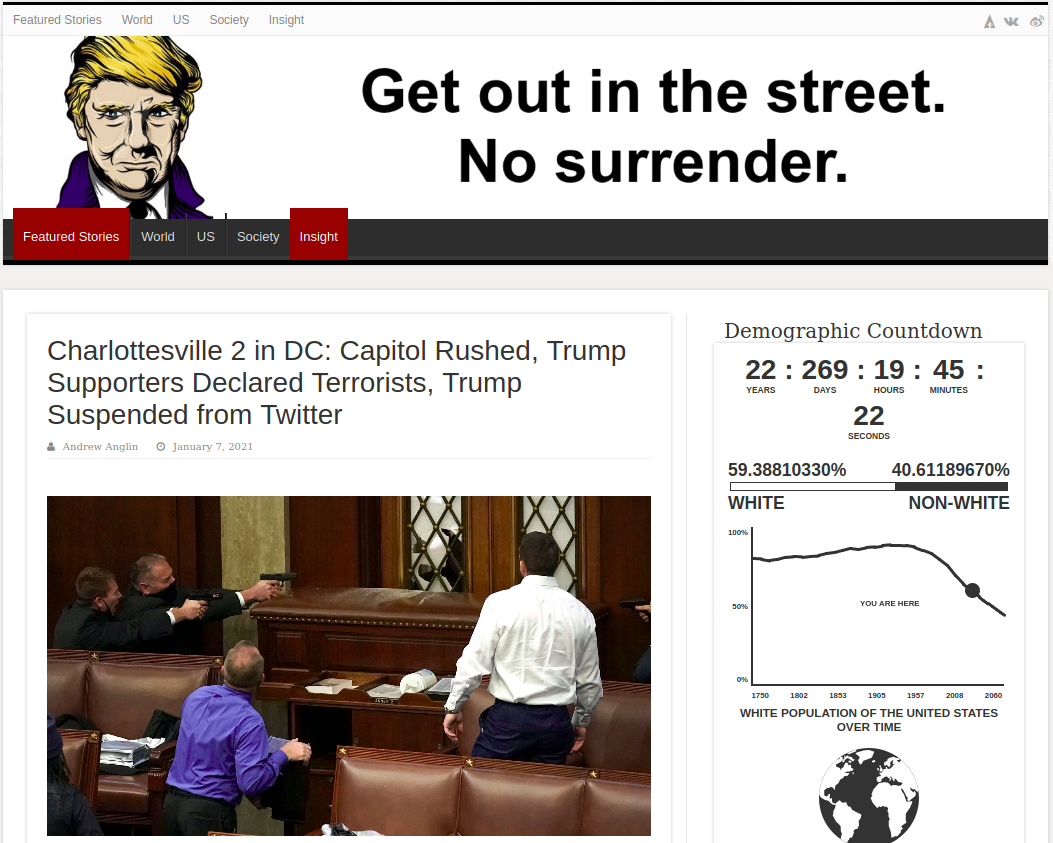 Now we are going to hear even more bitching about how White people are such terrorists who want to hurt our sacred democracy, and even more rights will need to be removed. Oh, and also about how the cops would have shot and killed so many poor “people of color” if they had been the ones trying to storm the capitol.

This is just the beginning of the new act in the ongoing theater of war. This is White Genocide 2021.

- January 07, 2021
Email ThisBlogThis!Share to TwitterShare to FacebookShare to Pinterest