Showing posts from January, 2021
Show all

'What a mess': Ex-prosecutor explains why The White Jackass Donald Trump's impeachment legal team quit on him

- January 31, 2021
https://www.rawstory.com/trump-impeachment-2650217947/?utm_source=&utm_medium=email&utm_campaign=6471 https://youtu.be/UyK3bIjEv78  Speaking with "New Day" host Victor Blackwell, CNN legal analysts and former prosecutor Elie Honig explained the likely reasons why Donald Trump's entire impeachment legal team quit on him late Saturday just days before the ex-president faces a trial in the U.S. Senate. With CNN reporting, "A person familiar with the departures told CNN that Trump wanted the attorneys to argue there was mass election fraud and that the election was stolen from him rather than focus on the legality of convicting a president after he's left office," Hoenig said it likely went deeper than that. "What a mess," Honig began when asked about the latest developments. "Here we are, we are a week and change out from trial and the former president has nobody representing him," he explained. "So lawyers generally have a very
Post a Comment
Read more

To Live as a National Socialist

The White Freemason Bill Gates Aghast Over ‘Crazy And Evil Conspiracy Theories’ About He And Fauci, Hints At Social Media Censorship 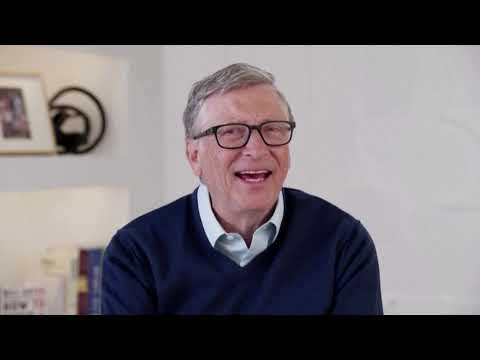 http://www.renegadetribune.com/bill-gates-aghast-over-crazy-and-evil-conspiracy-theories-about-he-and-fauci-hints-at-social-media-censorship/   ( ZH ) Bill Gates is apparently shocked over ‘crazy and evil conspiracy theories’ which claim that he and Dr. Anthony Fauci are participating in a nefarious scheme to push vaccines, profit from the pandemic, and reduce the population. In Wednesday comments to  Reuters , Gates said that there are “millions of messages out there” targeting he and Fauci, and suggested that “social media companies” might be able to censor discussion on the topic. “Nobody would have predicted that I and Dr. Fauci would be so prominent in really kind of evil theories about – did we create the pandemic, are we trying to profit from it? – and on and on,” said Gates, adding “We’re going to have to get educated about this over the next year and understand, how does it change people’s behavior?” “How should we have minimized this,  either working with the social media com
Post a Comment
Read more

- January 31, 2021
https://www.alternet.org/2021/01/capitol-seige-plot/?utm_source=&utm_medium=email&utm_campaign=6470   As the Federal Bureau of Investigation (FBI) continues its probe into the U.S. Capitol riots, more evidence suggests the assault on the federal building was a coordinated plot. According to The Washington Post, FBI agents across the United States working to navigate through the disturbing events that unfolded at the U.S. Capitol are being tasked with determining the true intent of those who traveled to Washington, D.C. While the "Save America" rally and siege on the Capitol have been widely referred to as protests and riots, the bureau is now making it very clear how the Jan. 6 chaos is, in fact, distinctly different from other acts of civil unrest. While a typical political rally is defined as a First Amendment rights-protected gathering of "like-minded people," investigators argue that it differs greatly from "organizing an armed assault on the seat o
Post a Comment
Read more

- January 31, 2021
https://www.alternet.org/2021/01/fox-news-2650219120/?utm_source=&utm_medium=email&utm_campaign=6472   For some unfathomable reason, probably having something to do with "balance," Google delivers Fox News headlines to my newsfeed. I saw the poisonous nature of this Republican propaganda network from its very inception, and I remember savaging some right-winger back in the late '90s who was trying to convince me that Fox's token inclusion of the late Alan Colmes somehow made the network's ridiculously skewed coverage "fair." Like most people I choose to associate with, I avoid either watching or reading anything spewed on Fox News because it's an unpleasant experience that leaves me feeling dirty and gross, during and afterward. Invariably, I have run into situations where such exposure is impossible to avoid, like being compelled to walk down a smelly, urine-soaked alleyway in order to cross a city block. Over the years, these unpleasant enc
Post a Comment
Read more

https://dailyarchives.org/index.php/reports/3695-austrian-police-seize-national-socialist-paraphernalia-during-raid Austrian police have discovered a collection of banned National Socialist symbols and a MP-40 replica with ammo in a Vienna apartment. Austrian police said they were investigating a Hungarian man after a trove of National Socialist-related items was found at his Vienna home. The 46-year-old man cooperated with the anti-terrorism police units during the apartment search, showing them to a wooden box in his bedroom where he kept the "banned objects". He referred to the items as his collection and props needed for his work as an extra, officials said in a statement. Among other things, police found hand grenades, including two stick grenades widely used by the German army during World War II. The man said he had obtained the props by buying them at flea markets or from traders specializing in weapons mock-ups. He had also searched for the objects himself with a m
Post a Comment
Read more

Would YOU Be Considered a Domestic Terrorist Under This New Bill?

- January 30, 2021
Renegade Editor’s Note : The short answer is “of course,” but I also wanted to point out that Tulsi Gabbard is completely in bed with the cabal destroying our country. By  Robert Wheeler After 9/11, the entire country collectively lost its mind in the throes of fear. During that time, all civil and Constitutional rights were shredded and replaced with the pages of  The USA PATRIOT Act . Almost 20 years later, the U.S. has again lost its collective mind, this time in fear of a “virus” and it’s  “super mutations”  and a  “riot”  at the capitol. A lot of people called this and to the surprise of very few, much like after 9/11, Americans are watching what remains of their civil liberties be replaced with a new bill. The Domestic Terrorism Prevention Act of 2021 The DTPA is essentially the criminalization of speech, expression, and thought . It takes cancel culture a step further and  all but outlaws unpopular opinions . This act will empower intelligence, law enforcement, and even milita
Post a Comment
Read more

- January 30, 2021
http://www.renegadetribune.com/blm-receives-nobel-peace-prize-nomination-for-terrorizing-white-people/#comments   The violent terrorist entity known as Black Lives Matter has been nominated for a Nobel Peace Prize. From  The Independent: The  Black Lives Matter  movement has been nominated for the 2021 Nobel Peace Prize following a year in which protests demanding racial justice exploded across the world. Norwegian MP Petter Eide said in his nomination papers that the movement had forced countries  other than the US  to face up to racism within their own societies. “I find that one of the key challenges we have seen in America, but also in Europe and Asia, is the kind of increasing conflict based on inequality,” Mr Eide said, according to  The Guardian . “Black Lives Matter has become a very important worldwide movement to fight racial injustice. They have had a tremendous achievement in raising global awareness and consciousness about racial injustice.” 2020 saw a massive resurgence o
Post a Comment
Read more
More posts