Darrell Blocker, who could lead Biden’s CIA, is a Black Jew known as a ‘spy whisperer’

(JTA) — In his 28 years at the CIA, Darrell Blocker figured out a reliable strategy for recruiting covert agents.

In some ways, he could have been talking about himself. Blocker, known in the intelligence community as “the spy whisperer,” is reportedly on a shortlist of candidates President-elect Joe Biden is considering to lead the CIA, the country’s international intelligence service. If selected, he would be the agency’s first Black director — and the third Jewish one.

Raised in a churchgoing Air Force family, Blocker began exploring Judaism in college and formally converted in 2017, just before retiring from the CIA as the most senior Black officer in the Directorate of Operations, a division once known as the clandestine service.

Blocker declined to comment on the reports that he is being considered for the CIA’s top position, starting with one last week in Fox News. But in an interview with the Jewish Telegraphic Agency, he described a passion for questioning authority that led him to success in the field and to embrace Judaism.

His father was in the Air Force and until he was 11, and Blocker lived in Japan, Italy and Texas before moving to his family’s ancestral home in Augusta, Georgia, after his father retired. In Augusta, in 1975, when the notion of integration was still fragile in the South, he was the only Black kid who would move between groups of white and Black children on the playground.

“I was always the small group,” he said, the middle man, the broker of friendships. “You’re kind of in between both worlds always fighting and juggling and cajoling and calling.”

At church, where he sang in the choir, he wasn’t getting the answers he wanted. “I was always asking questions, to the point that my parents were just exhausted, the deacons were exhausted, my pastors were exhausted,” he said. “And they’re just like, you have to have faith, and like, I think I have faith but I’m gonna need a little bit more than just faith.”

At the University of Georgia, Blocker said he once again found himself moving between worlds, landing often at AEPi, the Jewish fraternity. There, he found something else: a community that was happy to brook his curiosity.

“That was kind of what attracted me to Judaism: the fact that I never once had a rabbi or anyone that was learned that asked me to stop asking questions,” he said.

The stories he encountered when studying Torah also moved him, particularly the validation that the truth-telling spies, Joshua and Caleb, earned when their description of Canaan turned out to be correct.

“The stories are great, they have, you know, integrity and character and wrath and anger — you know, all the things that make us who we are,” he said. ”The beauty of Judaism is, you can study a single sentence for like a week … You never get tired of it.”

He also found acceptance and warmth among his Jewish college friends and their parents, who would invite him for Shabbat meals.

Rachel Elovitz, in those days an AEPi “sweetheart” — the term once used for women who attached themselves to a fraternity — alerted the Jewish Telegraphic Agency to Blocker’s Jewish journey. “He was part of our chevra,” the Jewish frat’s term for social circle, Elovitz, now an Atlanta lawyer, said in a Twitter message.

Blocker wore a chai pendant starting in college, and although he would wait decades to convert, he made his identification with Jews clear. He was an Air Force analyst for four years and applied for a job at the CIA around 1989. His entrance essay, he said, was about the Palestinian uprising taking place at that time.

“It was the Intifada, so of course I wrote about that,” he said. “And mostly along the lines of every nation in history that has fought and won actual territory, actual ground, them giving it back — it just hasn’t happened.”

As he rose through the ranks — serving in 10 countries, including Senegal, Uganda and Pakistan, and becoming chief of the CIA’s Africa division — he did not hide his affection for Judaism. In Senegal, he hung an Israeli flag in his house.

American intelligence agencies have long been difficult terrain for Jews to navigate, with agents facing suspicions of dual loyalty. Blocker said he only recently became aware of the phenomenon when a Jewish retiree from the agency told him about issues he had encountered. Blocker said he never faced skepticism or hostility inside the agency or in the field, which he attributed to people perceiving him first as a Black American. By the time they discovered that he identified with Judaism, he said, they knew him and were less prone to judge.

In Uganda, where he was stationed beginning in 2003, Blocker also continued the singing career he began in his childhood church choir. He became a minor celebrity as a singer in a popular band in the capital of Kampala, according to an ABC profile last year that said he was once recognized in Kenya — as a singer, not a spy.

“I was undercover the entire time as a State Department official,” he said at the Spy Museum, in an expansive speech and question-and-answer session where his folksy, open style of speaking was on full display. “I didn’t have, you know, band cover. I just sang in a band because that’s what I love to do.” 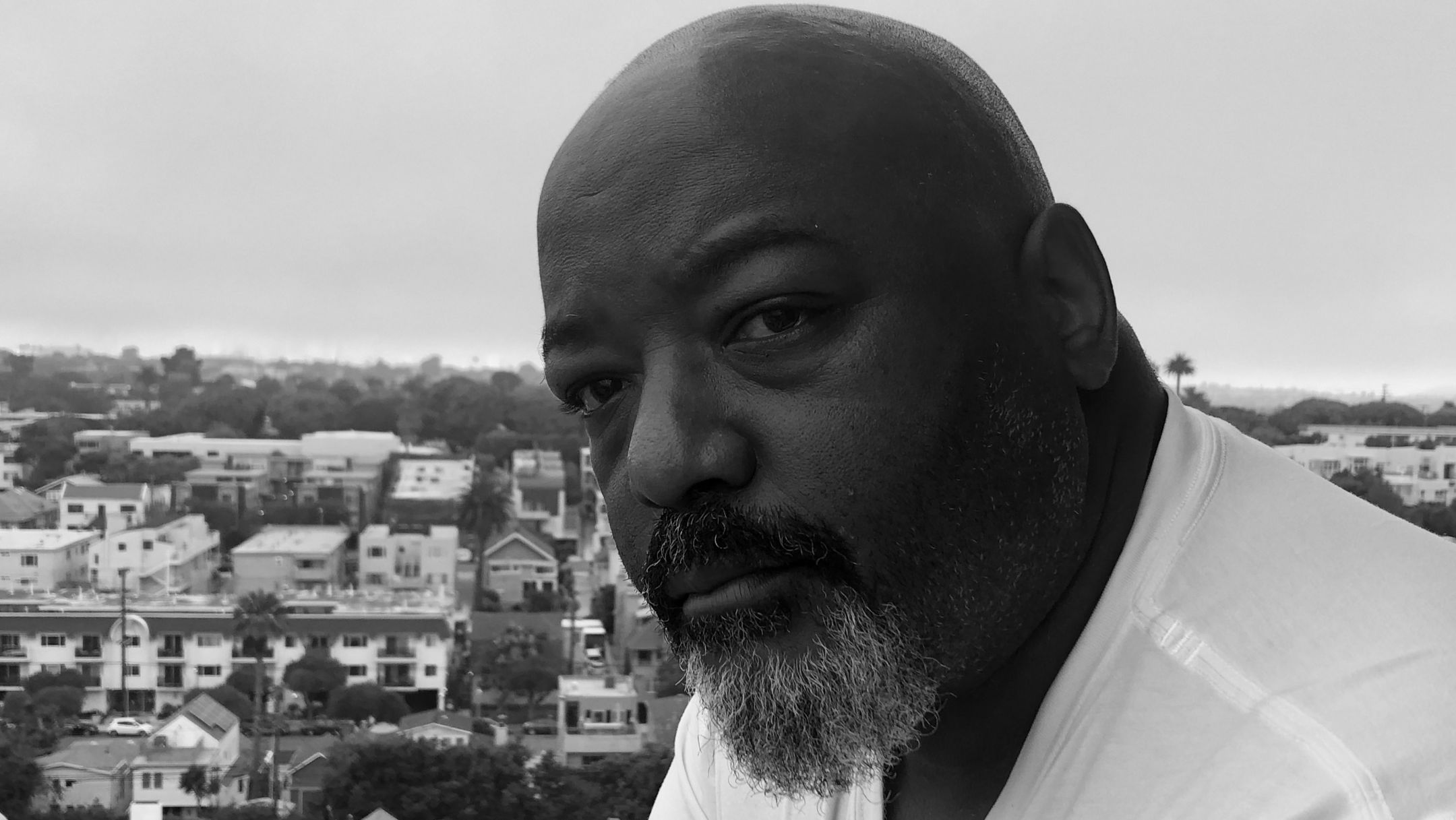 Blocker did not take the leap to conversion until late in his career — 2015. He did not say what prompted him finally to “put my money where my mouth is,” except to note that his father died on the first day of the year. Three weeks later, he was enrolled in a conversion course at the American Jewish University in Los Angeles, where he had moved.

In 2017, after two years of instruction, he converted. “The conversion was on 21 Elul, 5777,” he said, referring to the date on the Jewish calendar when he completed the process. A year later, he retired as the most senior Black officer in the CIA’s Directorate of Operations, having served as the chief of the CIA’s training facility. He identifies as Conservative, but spends the High Holy Days with one of two Modern Orthodox families.

He works in private security now, and won’t talk about whether he is under consideration to be CIA director, except to say the Biden transition team has been in touch to speak generally about any recommendations he had. A spokesman for the transition team would not comment on personnel matters.

Biden’s team has said he is seeking a diverse government that “looks like America.” Avril Haines, a former CIA deputy director who is Biden’s pick for director of national intelligence, would be the first woman in the job. The president-elect is reportedly also eyeing another former CIA deputy director, David Cohen, who is Jewish, for CIA director.

The agency has had two Jewish directors before: James Schlesinger, who was born Jewish but converted as an adult to Christianity, ran it for six months in 1973, and John Deutch led it from May 1995 to December 1996.

If Biden settles on Blocker, he’ll be elevating someone who thinks of the CIA in terms not so different from how he thinks of Judaism.

“We train our operatives to question authority, question the premise of assumptions of others, question the information you receive internally and or externally,” he said at the Spy Museum.

- December 10, 2020
Email ThisBlogThis!Share to TwitterShare to FacebookShare to Pinterest