Young America’s Foundation obtained an email sent to University of Kentucky Resident Assistants, who enforce college rules and help younger students in dorms, which detailed how “POCs” and White RAs were to be divided into different groups for separate training sessions.

The person who facilitated the trainings was Brandon Colbert of UK’s Bias Incident Support Services. He is not a big fan of White people or America, to say the least. According to him, pretty much everything is racist. 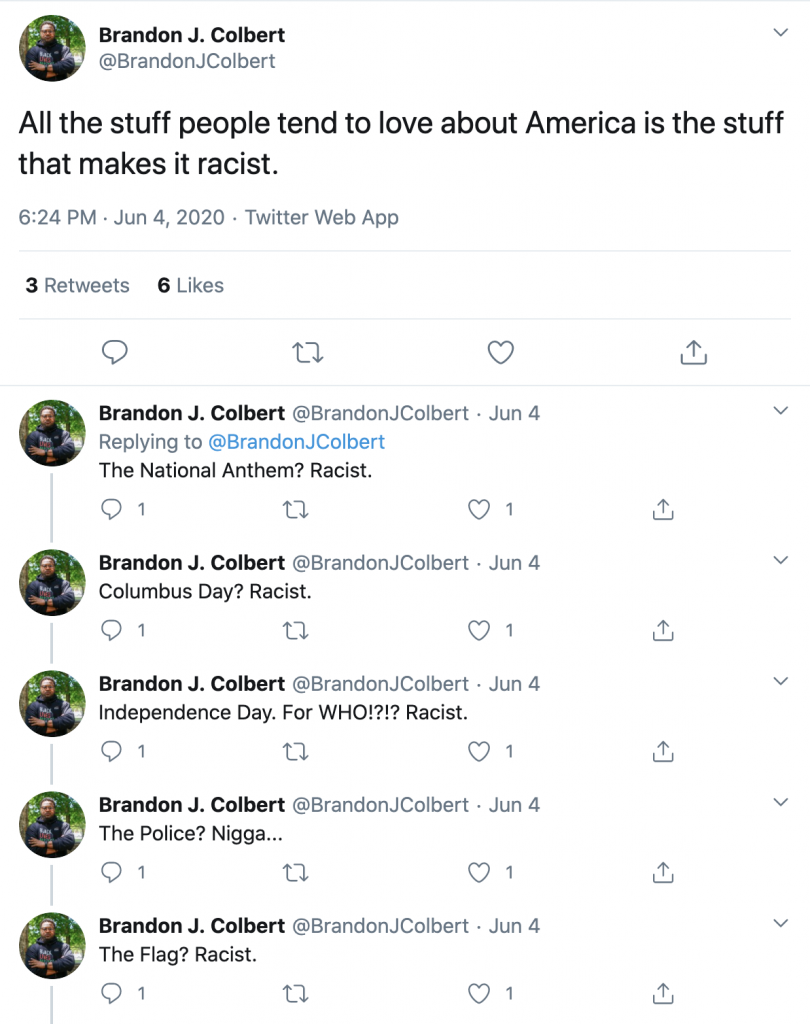 The White RAs who were sent to “White Accountability Space,” where they were taught how racist all White people are. They were given a list of 41 “common racist behaviors and attitudes of white people.”

Asking a person of color to repeat themselves is racist. Believing there is a right way to do something is racist, since the “right way” usually just means the “White way.” It is racist for White people to believe “they have ‘earned’ what they have, rather than acknowledge the extensive white privilege and unearned advantages they receive.” Take a look for yourself at the document.

As you can see, the document puts White people in a Catch-22 situation, where they are damned (racist) if they do and damned (racist) if they don’t, since number 35 says that aggressively confronting a racist White person is itself a racist tactic because it’s an attempt to distance yourself from racism and number 39 says it is racist to “avoid confronting other whites on their racist attitudes and behaviors.”

It’s kind of like how White people are told to shut up and listen and then simultaneously told that White silence is violence.

This is all part of the jewish orchestrated White genocide agenda. Colleges are cultural marxism indoctrination centers.

- October 18, 2020
Email ThisBlogThis!Share to TwitterShare to FacebookShare to Pinterest