WASHINGTON (JTA) — Sudan will become the third Arab country in the past two months to normalize ties with Israel, continuing the trend of Arab states’ willingness to advance ties with the Jewish state even without a peace agreement with the Palestinians.

President Donald Trump announced the agreement on Friday. According to a joint statement released by Israel, Sudan and the U.S., the two countries will “end the state of belligerence between their nations.”

The statement also noted that the countries will “begin economic and trade relations, with an initial focus on agriculture.” In the coming weeks, the statement says, they will meet to discuss “agriculture technology, aviation, migration issues and other areas.”

“The Arab-Israeli conflict is moving towards an end,” said Brian Hook, the top State Department official who helped broker the deal, on Friday at an Oval Office presentation.

Sudan has been ruled by a Sovereignty Council, led by military leader Abdel Fattah al-Burhan and prime minister Abdalla Hamdok, since a military coup last year deposed longtime Sudanese President Omar al-Bashir, who was subsequently convicted of corruption. He presided over the country during the Darfur ethnic conflict, which involved what the International Criminal Court has deemed war crimes by the Sudanese government.

Earlier in the day, Trump informed Congress of his intent to remove Sudan’s designation as a state sponsor of terrorism, which reportedly is part of the agreement.

Sudan will get new leadership in 2022, when the state’s agreed-upon transition period ends. The north African country’s state religion was Islam until earlier this year.

The United Arab Emirates and Bahrain have in recent weeks launched fast tracks to open up diplomatic affairs, trade and tourism with Israel, but Sudan is especially significant because it is by far the largest of the three countries, in land mass and in population. It is also symbolically significant because its capital, Khartoum, is where the Arab League met in 1967 after the Six-Day War and issued its “three no’s” to reject any engagement with Israel whatsoever and to continue the state of war.

Like the UAE and Bahrain, Sudan has not been in a war with Israel and has over the years enjoyed a degree of secret ties with the country. In 1984, the Sudanese authorities assisted in an airlift of Ethiopian Jews to Israel. Sudan’s leader Abdel Fattah al-Burhan in February met openly with Israeli Prime Minister Benjamin Netanyahu, in Uganda.

There are also thousands of refugees from Sudan’s military conflicts living in Israel. 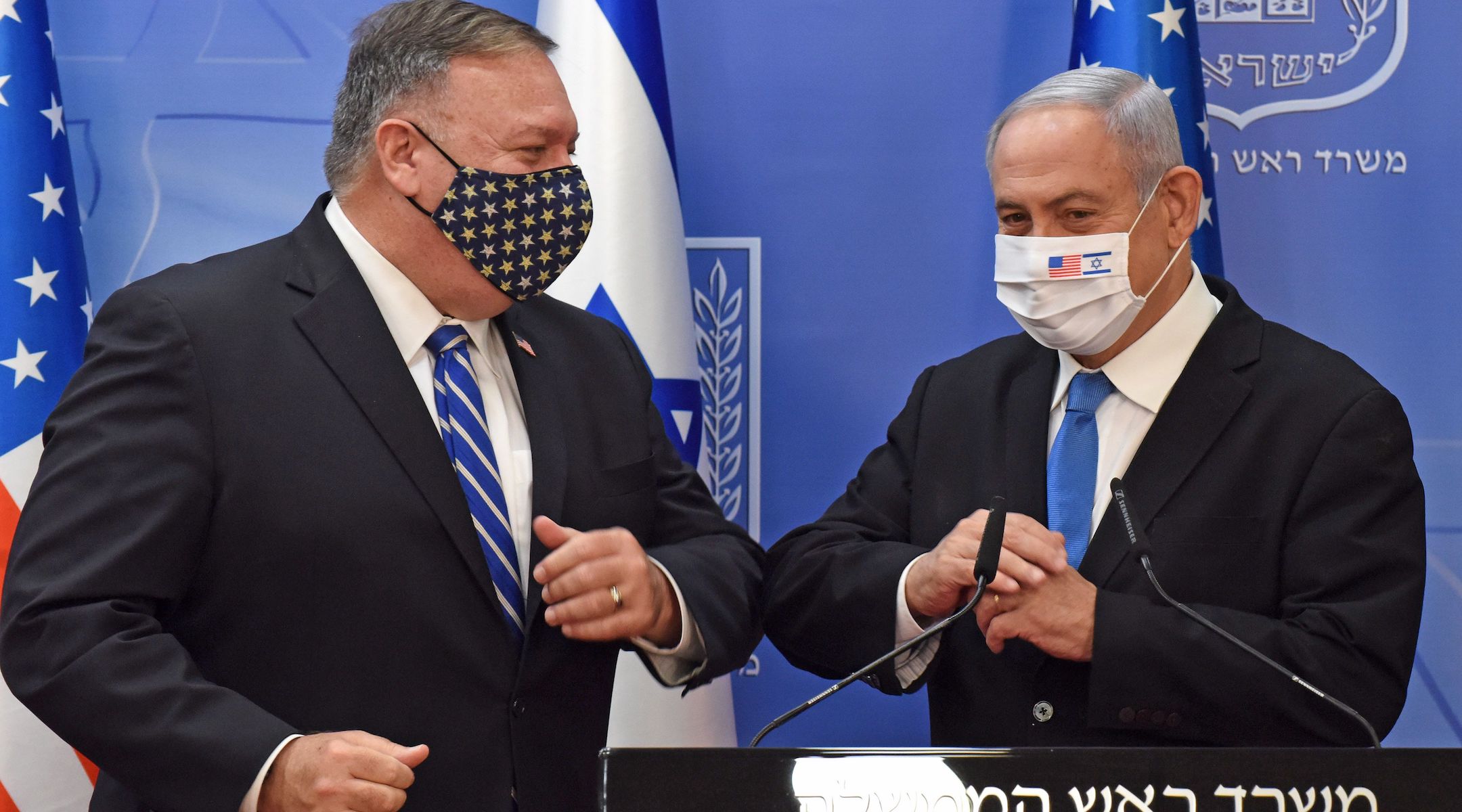 Trump also said at the Oval Office event on Friday that the process of solidifying the deals with the UAE and Bahrain “is moving along.” He said he is in talks with the United Arab Emirates to sell the country advanced F-35 stealth combat jets.

Israel objects to the sale, as do Democrats in Congress.

Bahrain signed a number of cooperative agreements with Israel this week and the UAE and Israel agreeing to travel between the countries without a pre-arranged visa. A government-linked Bahraini institute on Thursday signed an agreement with the U.S. State Department to combat anti-Semitism and delegitimization of Israel.