After denouncing “White supremacy” for the 6 millionth time, the Proud Boys recently ramped up its campaign to attract MAGA men who like to sodomize each other.

After the Proud Boys were mentioned in the first presidential debate, sodomites sought to take the term “proud boy” back as their own label by tweeting out a #ProudBoys hashtag.

Since Saturday night the #ProudBoys hashtag has trended on Twitter — accompanied by photos of gay couples snogging, LGBTs flaunting their gayness, and a fresh dump of those milquetoast, cringe-inducing memes of the political left.

Oh, showing pictures of guys making out is sure to really upset the “Proud Boys,” who use a cock as their logo. 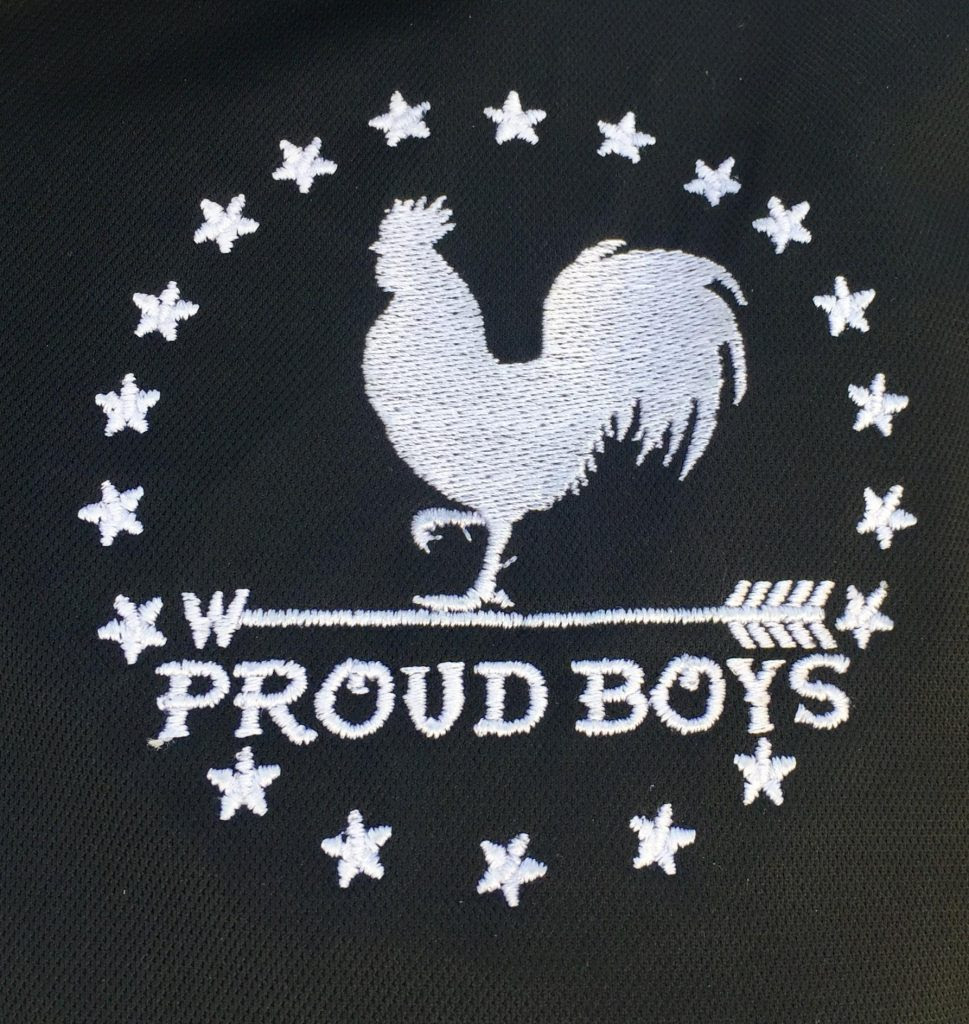 With all the media attention swirling around the quite gay-sounding conservative fraternal order, the left’s brain trust was quick to try to drown out the group’s free publicity and replace it with their own indefatigable message of Love ™ and Tolerance ™, in case anyone is still buying that.

I like how the author of the piece even admits that the Proud Boys name sounds super “gay” to begin with.

Yet the Proud Boys have never had an issue with gays. ‘We do not discriminate based upon race or sexual orientation/preference,’ the group’s website states.

‘It’s the most embarrassing self-own the left has ever done, because it shows how lazy and uninformed they are,’ McInnes says. ‘Gays are represented in Proud Boys more than in the population because when they’re MAGA, the gay community rejects them. We don’t reject any men.’ McInnes has since stepped down from the group to assume a sort of president-emeritus role.

‘Gays were kissing their boyfriends in the safety of their own living room. Like that takes any balls. Milo and I did it in front of the nightclub where the attack happened,’ McInnes says. ‘Israelis like the Proud Boys because we stand up against radical Islam. Gays should be the same’.

By the way, the Proud Boys have an Israeli chapter.

The Proud Boys are seeing a big boost since their recent free publicity and are actively seeking to “strike while the iron’s gay.”

A source within the Proud Boys says the local chapters are using the hashtag to recruit more pro-Trump gay men, calling the initiative ‘Strike while the iron’s gay’. He also says interest in membership has soared since Biden’s comments during the debates. In one day the organization sold $28,000 worth of t-shirts.