Minneapolis Police Dept. Advises Residents to Submit to Criminals: ‘Do As They Say’

The Minneapolis Police Department is advising residents to “be prepared” to give up their cell phones, purses and wallets to robbers amid a spike in crime and recommended folks submit to criminals and “do as they say” for their own safety.
“Robberies and Carjacking’s [sic] have increased in our Precinct,” a police memo sent out on July 28 said. “Cell phones, purses and vehicles are being targeted. Some victims have been maced, dragged, assaulted, and some threatened with a gun.”
“100 Robberies and 20 Carjacking’s [sic] have been reported to 3rd Precinct Police in July alone.”
“Be prepared to give up your cell phone and purse/wallet,” police advised. “Despite all our efforts, robberies may still occur! Do not argue or fight with the criminal. Do as they say. Your safety is most important!” 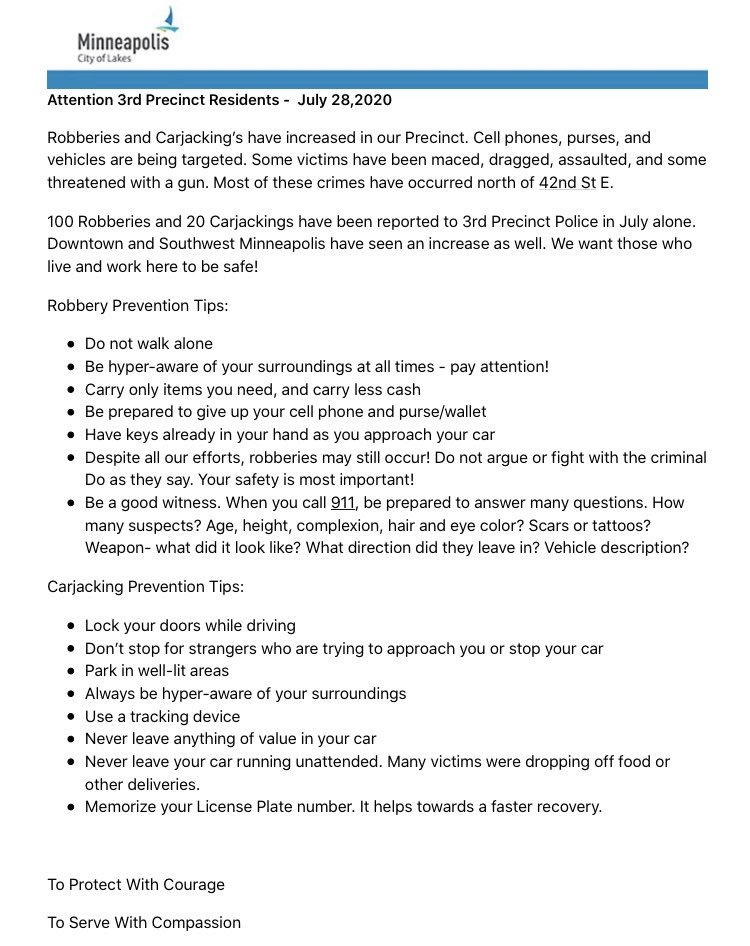 The advice was also sent to various news organizations which shared the recommendations verbatim, Alpha News MN reported.
For example, KSTP shared the purported “robbery prevention tips” at the end of an article about a 99-year-old white woman who was forced to fight off a young male robber who broke into her home.
“Minneapolis Police Department is now urging the public to take extra precautions to avoid falling victim to violent crime,” KSTP reported before quoting police’s advice to “be prepared” to submit to criminals and “do as they say.”
This article originally appeared on Information Liberation.