It must be just a “coincidence” that a a French film, Cuties, directed by a “French” woman of Senegalese parentage, featuring a group of twerking 11-year-old girls, is set to premiere on Netflix Sepetember 9, 2020. The movie industry just can’t get enough of pushing pedophilia and, of course, by the numbers and with the right demographic. I’m sure the Social Justice Warriors will be attacking anyone who criticizes this movie with the racist, anti-immigrant, anti-feminist labels.
From a Distractify article comes the following:
“There’s been a lot of chatter about the new Netflix movie, Cuties, a French “teen coming of age story” that centers on a group of tween girls who form a twerking dance clique called Cuties. The main character is an 11-year-old Senegalese Muslim immigrant named Amy with conservative parents. Secretly, Amy joins the dance group, defying her parents and their values. The problem that people are having with Cuties, is that it seems to fall into the Toddlers & Tiaras trap of sexualizing young girls for entertainment. This film seems like it could have been just as powerful if its female actors were a lot older. ”
“Ahead of the film’s Netflix release (September 9), people on Twitter have already questioned the film’s French director Maïmouna Doucouré‘s judgement [Maïmouna Doucouré is a French-Senegalese screenwriter and filmmaker of Senegalese and Jewish descent]. Haven’t we learned that it it’s not okay to sexualize young girls? What about their young age propels this movie forward? The conversation around how ethical the film is, is totally warranted. “

“People are so outraged about the film, that someone started a Change.org petition to remove Cuties from Netflix entirely. The creator of the petition wrote, “This movie/show is disgusting as it sexualizes an ELEVEN year old for the viewing pleasure of pedophiles and also negatively influences our children! There is no need for this kind of content in that age group, especially when sex trafficking and pedophilia are so rampant!” Over 5,000 people have signed at the time of publication.”
“When entertainment outlet Cineuropa asked what inspired the French director Maïmouna Doucouré, she replied, “The day I saw, at a neighbourhood party, a group of young girls aged around 11 years old, going up on stage and dancing in a very sensual way while wearing very revealing clothes. I was rather shocked and I wondered if they were aware of the image of sexual availability that they were projecting. In the audience, there were also more traditional mothers, some of them wearing veils: it was a real culture shock. I was stunned and I thought back to my own childhood, because I’ve often asked myself questions about my own femininity, about evolving between two cultures, about my Senegalese culture which comes from my parents and my western culture.” ”
“She added, “But I needed the 2020 version of that youth, so for a year and a half, I stopped groups of young girls in the street, sometimes in schools or when organizations opened their doors to me. I recorded them or filmed them when I had their parents’ authorisation, and I gathered their stories to find out where they situated themselves as children, as girls, as future women; how they placed themselves in society with their girlfriends, their families, at school, with social networks. All these stories fed into the writing of Cuties.”” 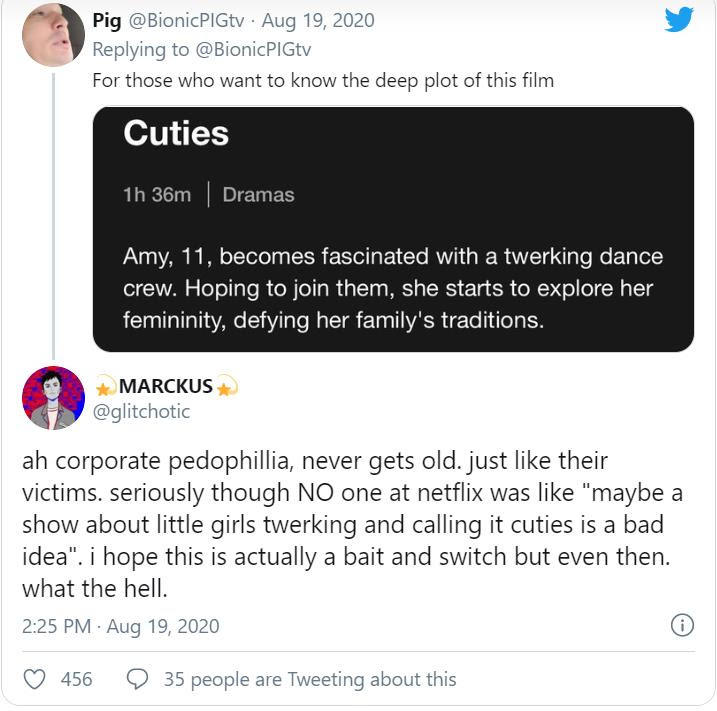 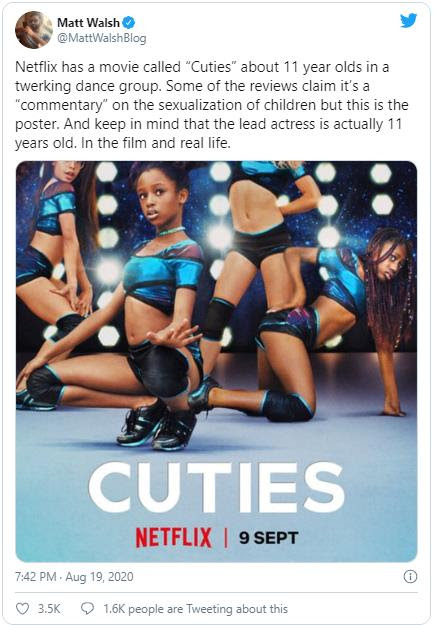 Here are the production and distribution companies behind this trash. 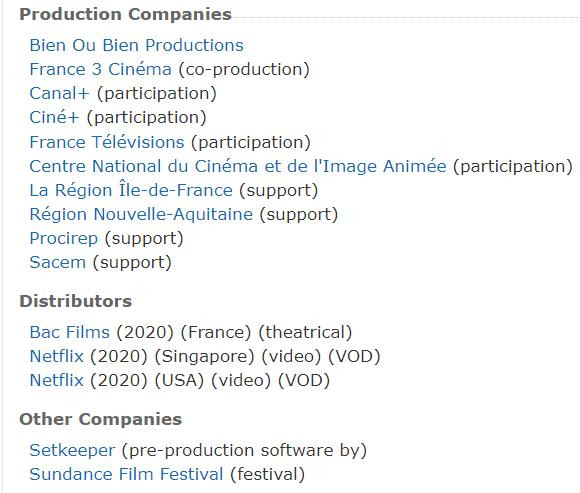 Here’s a video from one entertainment media critic.
Why was I not surprised that it is reported on Wikipedia that the director has some (((yid))) blood?