The jew York Times recently came out with the 1619 Project in order to use “history” to make White people feel even more guilty for the “crimes” of their ancestors, while the black community refuses to feel guilty for the crimes they commit today. The project was founded by Nicole Hannah-Jones, and for her work in furthering White genocide, she was awarded the Pulitzer Prize in May. Hannah-Jones’ “history” had to be corrected after some actual historians and academics examined it, but being accurate and factual does not really matter when the goal is to browbeat Whites into submission. 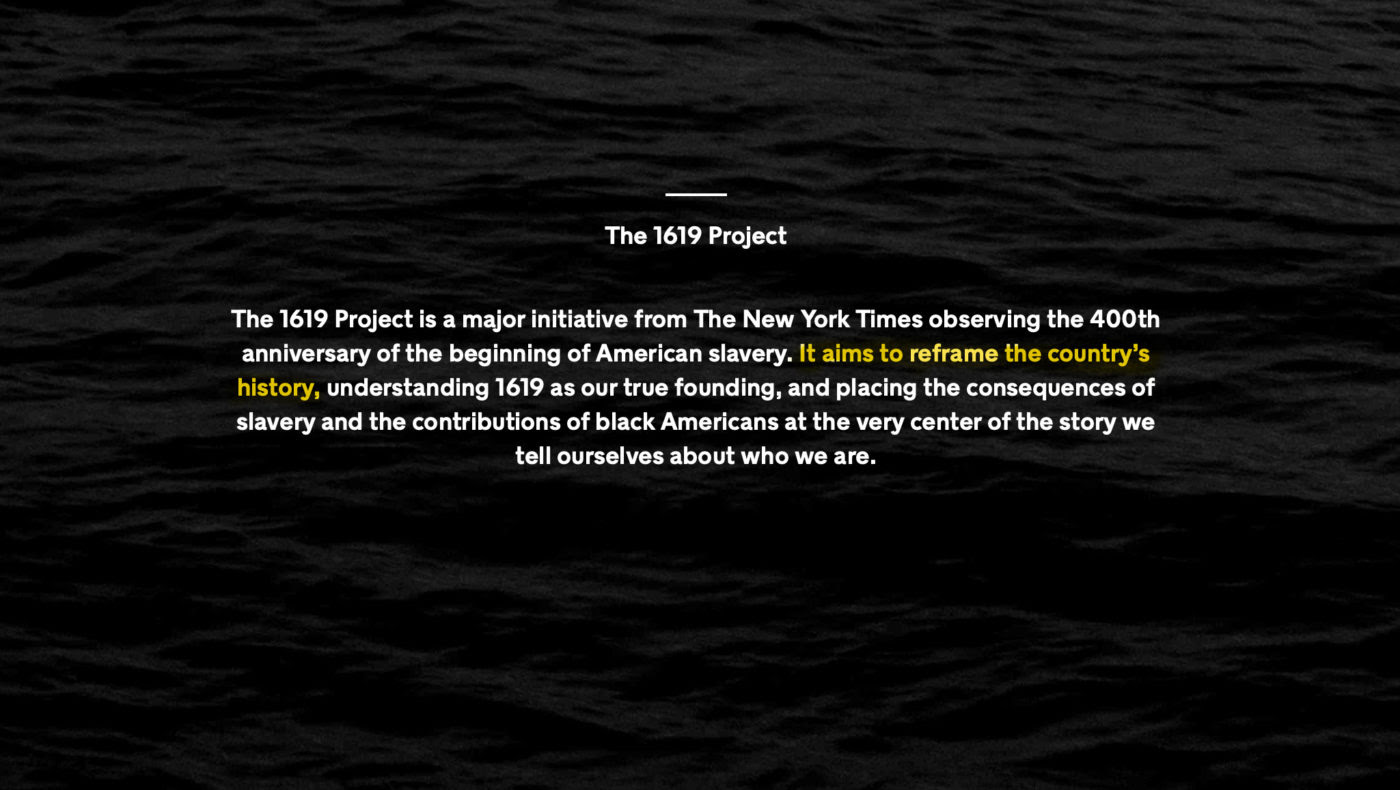 An anti-White essay by Hannah-Jones recently surfaced, in which she stated that “the white race is the biggest murderer, rapist, pillager, and thief of the modern world.” It was published as a letter to the editor in Notre Dame’s ‘The Observer’ in 1995.

The colonizing of Whites were “acts of devils,” while I am guessing the colonizing of non-Whites, which continue to this day, are acts of angels?
“[The whites’] lasting monument was the destruction and enslavement of two races of people,” Hannah-Jones wrote. She does not mention that the trans-Atlantic slave trade was a jewish enterprise, that only 1.4% of White Americans held slaves at the height of slavery, and both blacks and Indians held slaves in America. Also, who cares that Whites themselves were enslaved in the New World? They were also enslaved by North Africans and Turks in the Old World, but this is irrelevant, since the goal is to defame and demoralize White people.
Hannah-Jones also makes some ridiculous claims about how Africans had ventured to the Americas (they are historically known as great sailors, lol) and befriended the central Americans, and that the pyramids of Mexico are a symbol of this friendship. Does she need actual evidence for her theory? Of course not!
“The descendants of these savage people pump drugs and guns into the Black community, pack Black people into the squalor of segregated urban ghettos and continue to be bloodsuckers in our community,” Hannah-Jones writes. Well, the CIA, which has been working with the kosher nostra from the start, has actually been caught running guns and drugs into the inner cities, but this is not the fault of White people. And as for the bloodsuckers, has she never listened to Malcolm X talking about who the real culprits are?
Bitchute link
At the end of the letter, Hannah-Jones attempts to take the higher ground and says Whites are still trying to prove their superiority.
“But after everything that those barbaric devils did, I do not hate them,” Hannah-Jones wrote. “I understand that because of some lacking, they needed to [sic] constantly prove their superiority.”
We don’t need to prove our superiority in anything. The fact that blacks need affirmative action, endless welfare, and other anti-White programs to even come close to competing with White people is all the proof we should need. Actually, it’s blacks who constantly need to be told that they are kangz and queens by the jewish media, and they are living in some weird fantasy world where they are pretending it is true.
So did any of this anti-White screed by their Pulitzer Prize winner bother the jew York Times? Of course not! They continue to employ her, while she celebrates the destruction of America and says she would be honored if the race riots were called the 1619 riots. She is also calling for racial reparations, so White people would be forced to give even more of their hard-earned money to blacks, which amounts to generational collective punishment.
Honestly, if anyone is owed reparations, it is White people who have seen their cities, towns, and neighborhoods turned into crime-ridden ghettos, while their children are bullied and beaten at schools.
The jew York Times has a history of hiring writers with a history of anti-Whitism, like when they hired Sarah Jeong. 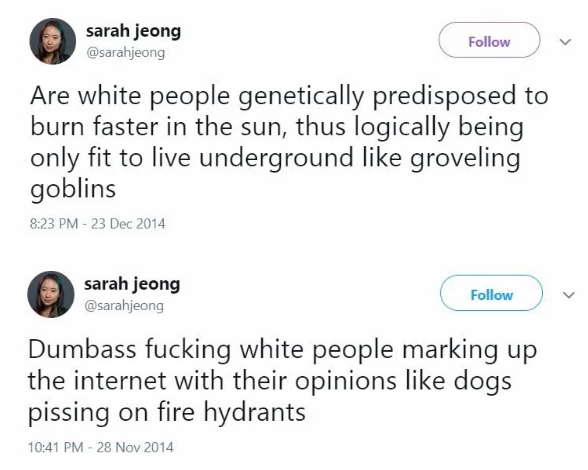 - July 01, 2020
Email ThisBlogThis!Share to TwitterShare to FacebookShare to Pinterest