The Only Systemic Racism in America is Against White People

Sure, there are some good, old-fashioned “racist” White people in America. They are simply realistic, honest, and able to clearly perceive racial differences, despite all of the indoctrination that race is just a social construct. However, none of these people are actually in any real positions of power in this country. If any White person actually says anything even remotely “racist” in the US, he or she is immediately fired, showing that this system actually has zero tolerance for White people not hating themselves. This system is 100% anti-White. Anyone who says otherwise is either completely deluded or a professional anti-White who makes a living inverting reality.
There actually are supremacists running this system, but they are not White. The people running the show are jewish supremacists, and despite supportng “anti-racists” outside of Israel, these jews are actually the most “racist” people in the whole world, considering themselves to be “chosen” by Yahweh to lord over all the people of the world.

jews speak openly about their superiority amongst themselves, while founding and leading Black organizations like the NAACP. They probably think the “schwarzes” are too stupid to realize what jews really think of them, learn the real history of how jews ran the trans-Atlantic slave trade, or see how blacks are being used as a proxy army for jews, to their own detriment in the long run. There have certainly been a number of black people who have seen the game being played, but if they became too influential, they were “neutralized.”
It should not take a rocket scientist to figure out that jews are the ones in power, playing both sides in almost every conflict. They are the ones who have the most “privilege” In America. Unfortunately when most people look at the jews who control corporations, banks, Hollywood, academia, political organization, etc. they see “White” people. They do not realize that these people are not White, absolutely abhor real White Europeans, and are the driving force behind the destruction of White civilization.
jews are the ones behind the flooding of America with non-Whites. jews are the ones behind the lies about “White privilege.” jews are the ones who promote the cultural marxist theories in every institution. jews are the ones censoring all online debate, so that only the voices they endorse are even heard. The ADL is embedded in every major tech company and makes sure that no White “racism” or “anti-semitism” ever lasts long on the internet.
Tell me, if White people really had any control over this system, why would the following ever occur? 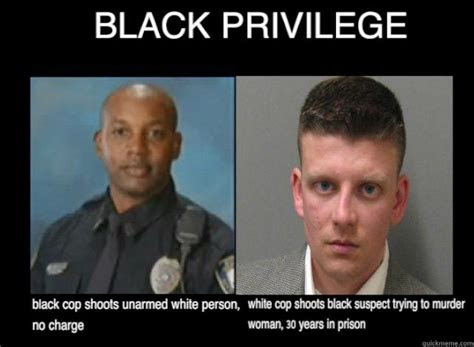 Sorry for the poor quality with the next infographic, but it’s hard to find good copies of these images anymore since any facts are scrubbed from “the system.”

You know who has real, undeserved privilege in this country? Well, of course the jews, but we already know that. What people often fail to see is just how privileged blacks have become, all thanks to jewish influence. I could go on, but I think you get my point. All actual evidence points to this system being completely anti-White. This is why the masters of deception have to create hoax events involving “racist” police or blow stories entirely out of proportion. They do not deal in facts, but rather play on people’s emotions with fabricated narratives from the past and present, so they can bring us to a future where White people are completely under control and eventually eliminated entirely. This is what they mean by ending White supremacy.
They do not want White people to have any control over our destiny whatsoever, but this is not up to them to decide. It is up to us whether we will resurrect our people and reach new heights of glory. The system might be against us, but once more of our people realize this, we will be able to finally overcome this oppression. White people have been the greatest warriors in the history of the world. We have been the inventors, the artists, the philosophers. We have the power, if we only can find the courage to save ourselves from destruction.