Renegade Editor’s Note: The real question is, “who brought the slaves to America?” and the answer is JEWS!

Democratic Senator Tim Kaine claimed Tuesday during a speech on the Senate floor that the United States “created” slavery and insisted we didn’t “inherit” it from anyone.
“The United States didn’t inherit slavery from anybody,” Kaine said. “We created it.”
“We created it and maintained it over centuries,” Hillary Clinton’s 2016 vice presidential pick said.
WATCH:
Though slavery dates back thousands of years, historians found that native American tribes practiced slavery before any Europeans colonized the states.
Almon Wheeler Lauber’s book, “Indian Slavery in Colonial Times Within the Present Limits of the United States(Columbia University Press, 1913),” in Chapter 1 reported that “the institution of slavery in some form was practically universal” among the multitude of tribes inhabiting what later became the US. 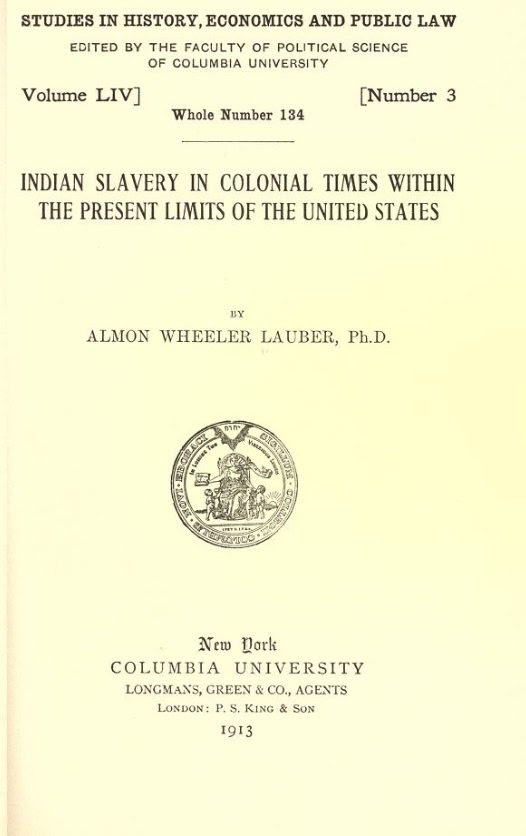 Tribes defeated in war were regularly taken as slaves by their conquerors.
Lauber writes:

Among the Aztec Indians of Mexico outcasts and criminals of the tribe were enslaved, and the usage appears to have been followed, to a very slight extent, by Indians in the area of the French and English colonies to the northward.
Individual instances of slavery proceeded from other causes. The Indians were inveterate gamblers, and when nothing else was left, both men and women not infrequently staked themselves to serve as slaves in case of loss. Such slavery was sometimes for life, and sometimes for such short periods of time as a year or two. In case of famine, the Indians even sold their children to obtain food.
The slaves possessed by a given Indian tribe were oftener obtained through barter with other tribes. This intertribal traffic, though probably not common, was evidently farreaching. Owing to the wandering habits of the Indians and their custom of bartering goods with other tribes, articles of copper became distributed throughout the North west, especially in Wisconsin. The Illinois Indians possessed slaves who came from the sea coast, probably Florida. The Illinois also bartered their slaves with the Ottawa for guns, powder, kettles and knives, and with the Iroquois to obtain peace. Marquette found (1673) among the Arkansas Indians, knives, beads and hatchets which had been obtained partly from the Illinois and partly from the Indians farther to the east. The Jesuit, Grelon, relates that in Chinese Tartary he met a Huron woman whom he had known in America.
The transition from the method of obtaining slaves by actual warfare and barter to that of mere slave raids was an easy one. The desire to gain the reputation of a skillful hunter, and, still more, of a brave warrior, and thus to win the esteem and regard of his tribesmen, was inherent among the natives. To be a brave warrior was to be truly a man. So eager was the Indian to acquire the name of “brave ” that he unhesitatingly underwent any hardships to obtain slaves or scalps as a proof of his qualifications for the title. This means of obtaining slaves was used by the stronger tribes like the Illinois and the Iroquois.
The slaves bartered by the Illinois were generally taken in the territory beyond the Mississippi. This the Illinois were better able to do after the coming of the whites, as they were provided with guns, while the Indians to the westward had no weapons of the sort. One of the chief sources from which these slaves was obtained was the Pawnee nation. In 1719, Du Tisne wrote to Bienville, the commandant at New Orleans, that the Pawnee were afraid of him when he arrived among them, as their neighbors, the Osage, had made them believe that his intention was to entrap and enslave them.
The same practice was followed by the other northern tribes. La Jeune, in 1632, found slaves among the Algonquin. The Indians of the Great Lakes region had a young Esquimaux as a slave in 1646. Tonti found Iroquois slaves among the Huron and Ottawa. The Dutch navigator, Hendrickson, in 1616, found the Indians of the Schuylkill River country holding Indian slaves.

None of this made it into the New York Times’ “1619 Project” so I guess Senator Kaine never heard of it!
This article originally appeared on Information Liberation.