For months we have been told that the “novel” coronavirus is so devastating that we need to shut down businesses, stop going to work, cut off physical contact with extended family, wear retarded masks, and stand six feet apart from other people while doing “essential” things. Schools and playgrounds shut down and children were isolated from their friends. Hospitals dropped everything, including treatment for many life-threatening illnesses, so they could focus on dealing with Covid-19 (and dancing on Tik Tok, which is essential). These healthcare workers let us know that feeding our families was not as important as following the recommendations of the medical mafia.
Some decent people in America and around the world have been able to see through the hype and went out to protest against the lockdown. As soon as they did, we saw images of healthcare workers counter-protesting, letting the anti-lockdown activists know that they are risking the lives of everyone around them. They asserted that by gathering in groups outdoors they are assuredly increasing the death toll of Covid-19, potentially killings tens of thousands of more people. The first amendment had to be sidelined in the face of such a deadly virus. 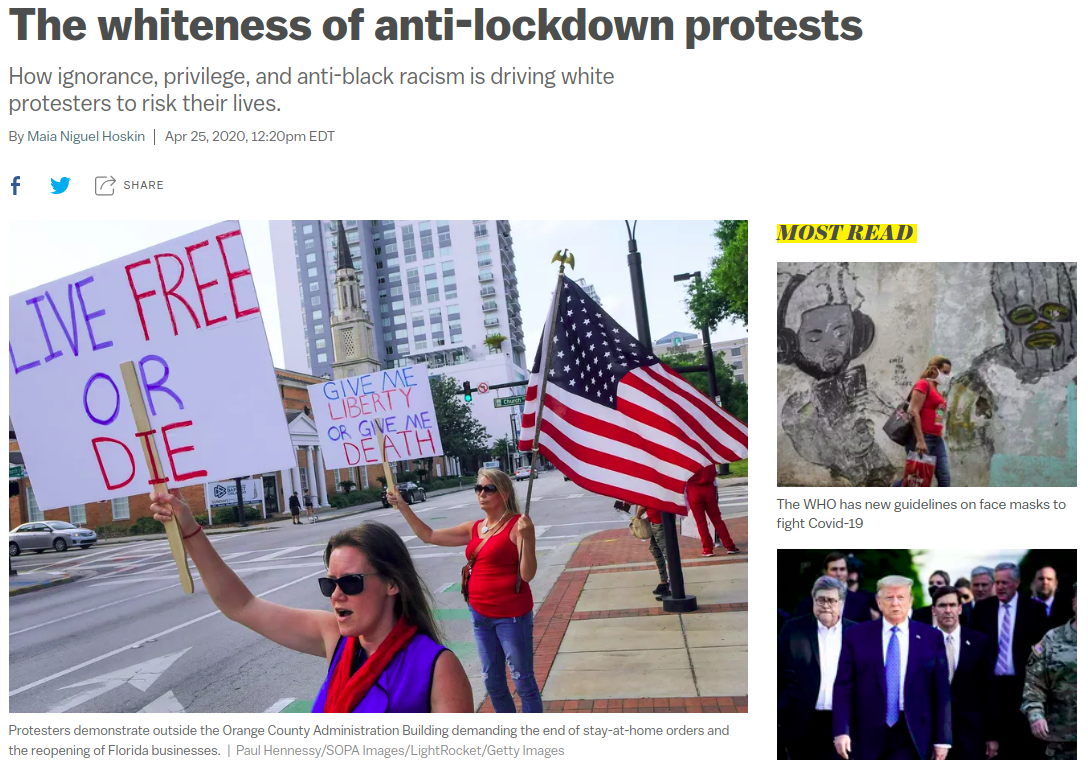 However, once Black Lives Matter and Antifa started rioting, looting, murdering, and burning buildings down, all these precautions against the “novel” coronavirus had to be thrown out the window. Why, you might ask?
According to the Daily Mail, “A number of public health officials have argued the cause is worth breaking social distancing rules for, saying the damage systemic racism wreaks on society far outweighs the risk of the virus.” While we know that all sorts of different deaths have been labeled as being caused by Covid-19, the official number in the US is currently over 111,000 fatalities. If we were to believe their own narrative, one Black guy getting killed by a cop after committing a crime (in a staged PsyOp) is worth risking a resurgence of infection and many more lives being lost.
Global health expert Jennifer Nuzzo tweeted: 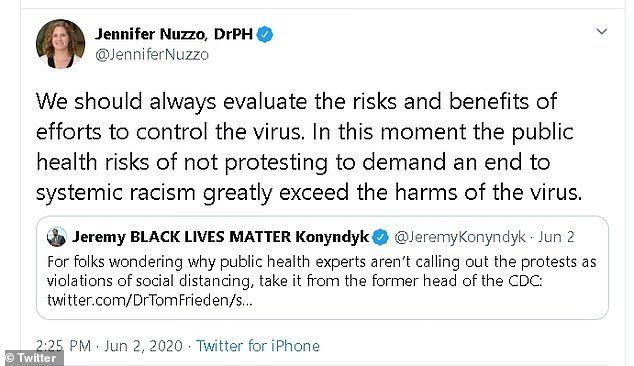 These medical mafia shills are pretty much all singing the same tune now. Former director of the CDC Tom Frieden, a jew, tweeted his support of the anti-White agitators: 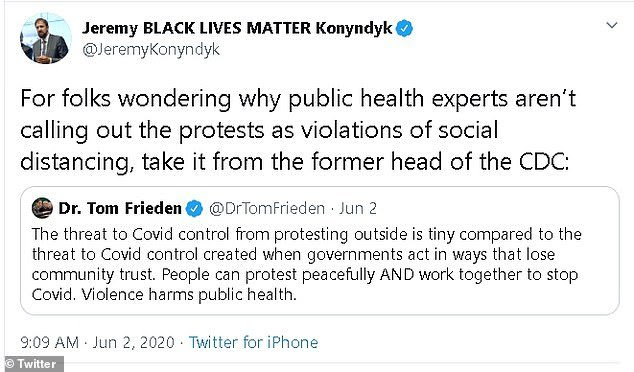 Multiple people – police, White business owners, and Black protestors – have already lost their lives in the racial unrest that has been incited by the mass media, but that is just the price we have to pay.
The real kicker is that jewish supremacists say that any increase in deaths due to these protests and riots will be blamed on White racism. NYC Council Health Committee Chairman Mark Levine tweeted:

A White person who wanted to open up his business during the lockdown was a criminal, who would be responsible for murdering countless people by spreading the virus. Then suddenly the people who stormed into the streets to burn down that White person’s business became “essential” freedom fighters, who had to be applauded for their actions.
According to the medical mafia’s skewed statistics, at least tens of thousands of people could die to make a statement about how much Black Lives Matter, and they are willing to make that sacrifice. Protesting against White people, looting and burning down businesses, and murdering people on the street in brutal attacks are all essential activities, which should never be prohibited. That’d be racist.