In a newly released report, the Anti-Defamation League defamed Valve Corporation’s Steam as a platform full of violent “extremists” and pushed for gaming companies to sever ties because they’re not doing enough to censor their users and suppress free speech.
Steam is one of the few gaming companies which has historically mostly defended free speech and avoided heavy-handed censorship.
The ADL, which has become the leading pro-censorship organization in America under CEO Jonathan Greenblatt, has been targeting Steam for over a month with not-so-subtle threats to try and get them to cave on free speech and just last week published a report claiming Steam is a “platform” full of “extremists” where white supremacists “can openly express … calls for violence.”
Steam’s official rules specifically forbid threatening and abusive speech as well as speech which “otherwise violate[s] the legal rights” of others.
Here’s an excerpt from their defamatory report titled, “This is Not a Game: How Steam Harbors Extremists”:

Steam, the largest and most important online store for PC gamers with over $4 Billion in revenue in 2017, has recently gained popularity among white supremacists for being a platform, like Gab and Telegram, where they can openly express their ideology and calls for violence.
The difference between Steam and social media platforms like Telegram or Gab is that while the latter do not share a formal business relationship with the wider social media industry, Steam has direct and lucrative relationships with most major game companies, including 2K, Electronic Arts, Xbox Game Studios, Ubisoft and others. Many of these game companies have made public statements about and dedicated significant resources towards keeping their products safe from the kinds of hateful ideologies espoused by extremists — while continuing to work with Steam.

Note: the ADL clearly feels Steam is going to defend their users’ speech and so they’re threatening to damage their business relationships to try and force them to submit.
This appears to be a clear cut case of tortious inference.
The ADL similarly threatened the entire country of Iceland after they moved to institute a ban on male child genital mutilation by suggesting they would use their close media relationships to smear their island nation as being “associated with Nazism” to damage their tourism industry. 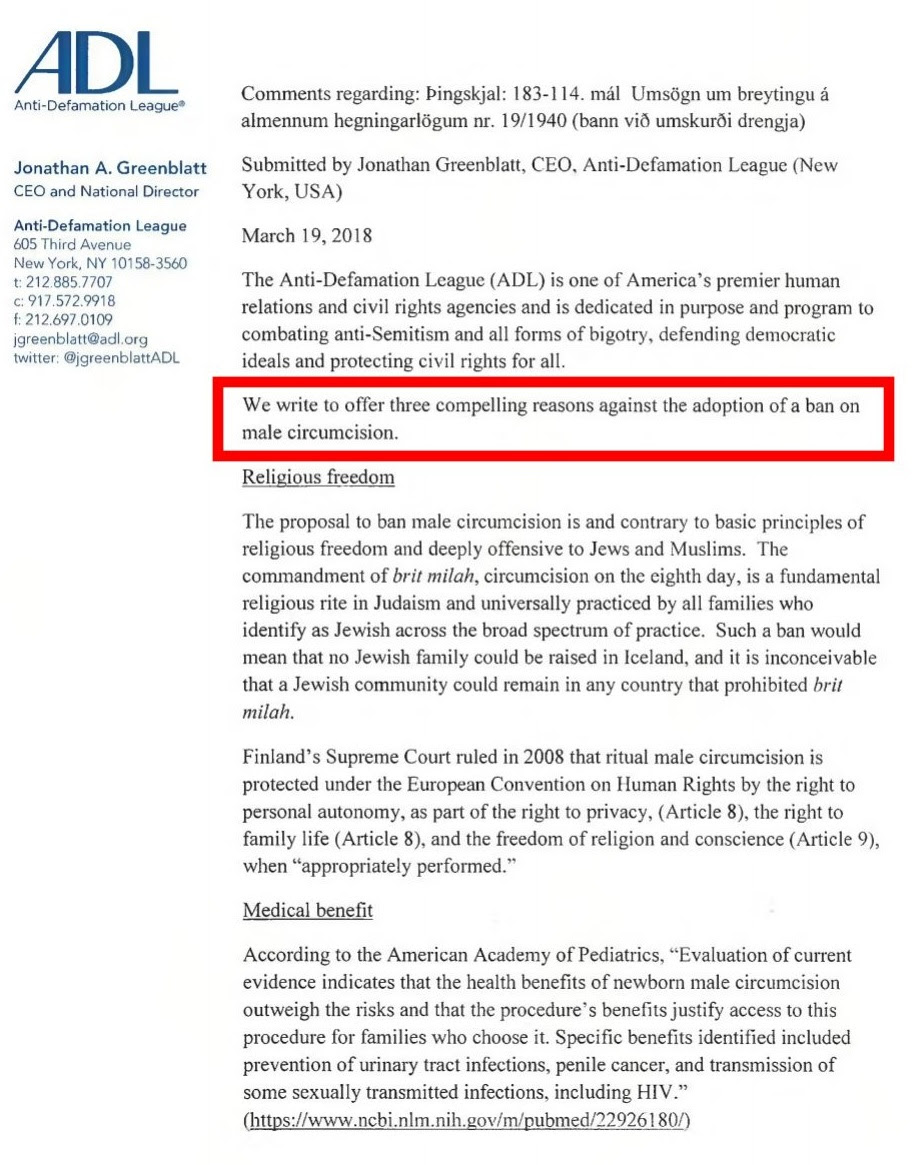