The UK has revealed the final messages captured and decoded from Nazi Germany’s military communications network at the end of World War II, to mark the 75th anniversary of VE Day (Victory in Europe Day), May 8.
The secret messages, sent on May 7, 1945, were intercepted at Bletchley Park, the mansion house where Nazi codes were cracked. They were made public for the first time on Friday.
Britain’s Government Communications Headquarters (GCHQ) released the messages, saying they showed how the Bletchley Park codebreakers had carried on working in the dying days of the conflict, with the once-vast “German Brown” communications network having retreated to the German town of Cuxhaven on the country’s northern coast.
A first message read: “British troops entered Cuxhaven at 1400 on 6 May — from now on all radio traffic will cease — wishing you all the best. Lt Kunkel.”“As the Allies closed in, the last of the German messengers still at his post, Lieutenant Kunkel sent the last recorded message from the network,” it said.
It was immediately followed by: “Closing down forever — all the best — goodbye.” 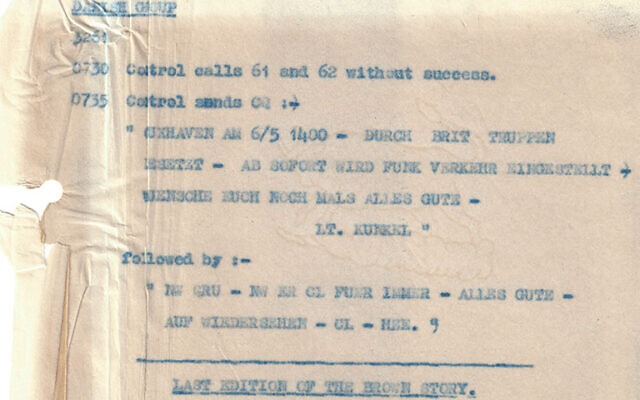 Final message decoded in Britain from Nazi German, May 1945 (GCHQ)
The codebreakers at Bletchley Park in central England are famous for having helped break the Germans’ Enigma code during World War II — as portrayed in the Oscar-winning 2014 film “The Imitation Game,” starring Benedict Cumberbatch. 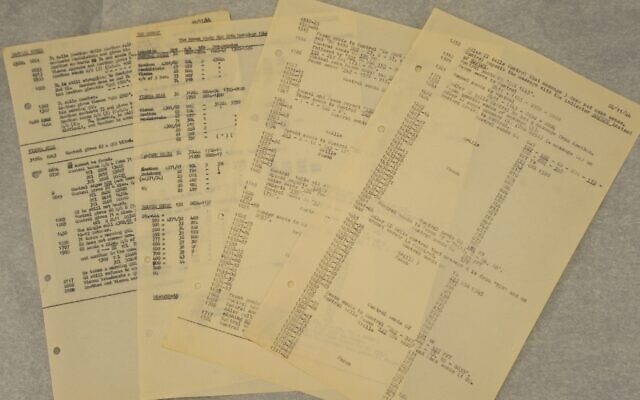 Nazi Germany’s last decoded messages (GCHQ)
GCHQ historian Tony Comer said the transcripts gave “a small insight into the real people behind the machinery of war.
“While most of the UK was preparing to celebrate the war ending, and the last of the German military communicators surrendered, Bletchley staff — like today’s GCHQ workers — carried on working to help keep the country safe.”