As colleges go virtual, white idiot students instead are heading to Israel on gap year programs

(JTA) — Hadara Bilsky thought she’d spend her first semester of college making friends in her dorm, having discussions with professors and students in class, and attending Shabbat services at Hillel. Now the 18-year-old isn’t sure if any of that will happen.
Emory University, her school of choice, has yet to announce whether it will hold classes in the fall. But many U.S. colleges have said they are likely to hold at least some classes virtually this fall because of the coronavirus pandemic.

Rather than starting at the Atlanta school this year as planned, Bilsky is “highly considering” enrolling in Year Course, a Young Judaea program in which high school graduates spend a year in Israel traveling the country, participating in internships and volunteer programs, and taking college-level classes.
She wants to pick up where she left off when the pandemic cut short her high school’s Israel trip this spring. And Bilsky hopes that by spending a year in Israel, she can “ride out the wave” of the pandemic while immersing herself in a new culture and learning Hebrew — and then start college a year later than planned.
I wanted a more normal college experience, and no matter what Emory decides to do, it won’t be that experience,” said Bilsky, who lives in Gaithersburg, Maryland.

Under normal circumstances, hundreds of American Jews travel to Israel after they graduate from high school for what’s known as a gap year. Orthodox Jewish teens tend to study in seminaries and yeshivas before beginning college, while dozens of programs — including Year Course — primarily offer Israel experiences to non-Orthodox teens.
This year, the uncertainty about what college will look like in the fall, coupled with Israel’s relative success beating back coronavirus cases, appears to be driving up demand. Gap year programs say they are seeing a rise in last-minute applications as the possibility of not being able to be on campus next semester has students scrambling for other plans.
“This is the time of year when normally we’re pretty zipped up for the next year and we’ve usually gotten most of the applicants that we can expect,” said Dafna Laskin, Young Judaea’s director of engagement. “But in the last two to three weeks, where normally we’d see one to two applicants a week registering, I say we’re seeing maybe six or seven.”
In addition, fewer participants than usual have been dropping out, Laskin said. 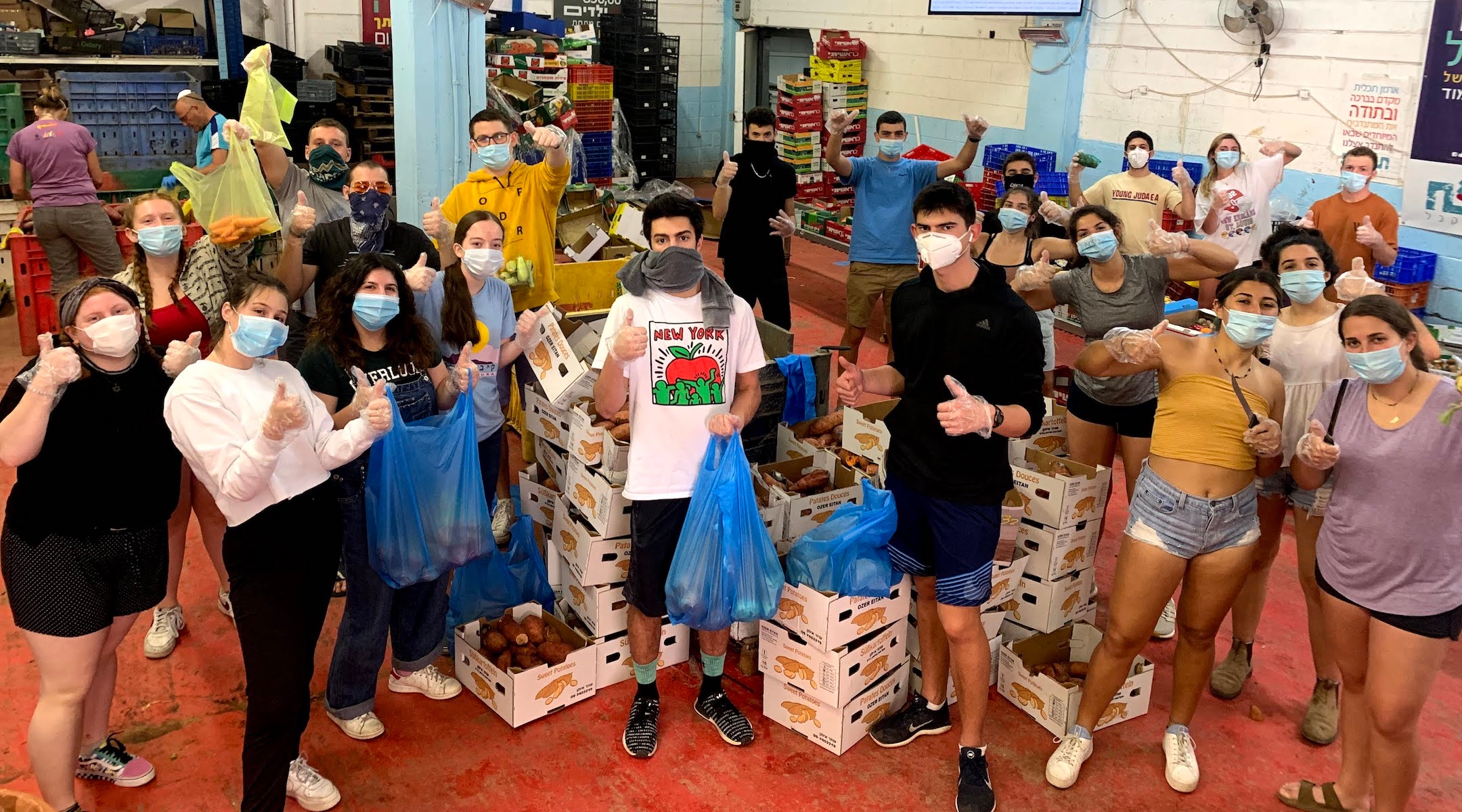 Israel was among the earliest countries to institute strict social distancing measures to curb the spread of the coronavirus. Its death toll has remained below 300 and the country has now reopened, with businesses and schools operating while following social distancing and other measures to curb disease spread.
That makes studying there appealing to those coming from the United States, where many schools remain closed and summer camps have been canceled.
Nativ, a gap year program run by the Conservative movement, is seeing a rise in interest from students who say they do not want to spend a year doing online classes.

“We’re able to offer them an opportunity to come to Israel, study at Hebrew University in an academic institution with real classes, face to face with their professors, still have social opportunities with their friends and do everything that we would do on a regular year,” director Yossi Garr said.
Though Nativ ended up sending home this year’s participants early and foreigners are still barred from entering Israel, Garr is working under the assumption that the program will be able to go on in the fall with increased hygiene and sanitation, as well as other protocols to limit disease spread.

Nishmat, an Orthodox women’s seminary in Jerusalem, also is making adjustments to ensure its gap year program can start in the fall. After shutting down during the height of the pandemic in Israel and sending home its participants, the program has been able to reopen classes to Israeli students by taking a number of precautions. They include wearing masks and separating students into small groups at all times by Plexiglas partitions in classrooms.
“We saw that it’s possible to run school under those conditions. We’re doing it now,” said Rabbi Joshua Weisberg, who directs the seminary’s gap year program.

The seminary, too, is seeing a rise in interest. Usually the class is mostly finalized at this time of year, and one or two potential students might still be finishing their applications. But in recent weeks, a handful of young women have reached out about joining the program.
“It’s students who are rethinking their whole plan” because of the pandemic, Weisberg said.
The pandemic might still throw a wrench in students’ gap year plans. It’s unclear whether colleges and universities will approve gap year requests for all the students who might request them, and a second wave of infections could make travel inadvisable.

“I am worried that I won’t be able to go at all,” said Reena Bromberg Gaber, who is planning to participate in Nativ in the fall. “It will be really sad, and it will be another cancellation in a really long series of cancellations.”
The 17-year-old has spent the last few months doing courses virtually and her high school graduation was canceled. Bromberg Gaber had planned to participate in United Synagogue Youth’s spring convention but that was nixed. Nor will she be working as a junior counselor at Camp Ramah of the Poconos this summer: Like most camps, it won’t be operating because of the pandemic.

Still, Bromberg Gaber says the fact that Israel has been reopening gives her hope that the same fate won’t befall her plans for the coming year.
“It will be the first time in a while that I’ll be able to hang out with friends,” she said, “and start getting back into real life.”