White Idiot Matt Heimbach Disavows White Nationalism, Comes Out as a Communist and Calls for Poor People to Get More Vaccines


…I was publicly fired for being “a communist.” The shoe fit, I guess.” – Matt Heimbach

I have never liked Matt Heimbach. Originally I just thought he was an obese doofus who did not make the pro-White cause look good, and was more than a little suspicious of his connections. Then I came to realize that he was an obvious controlled opposition agent, sent in to lead young White people in the wrong direction, which is why he received so much media attention over the years. His promotion of Alexander Dugin, his use of Communist rhetoric and the Commie fist he would throw up all led to the conclusion that he is a National Bolshevik. 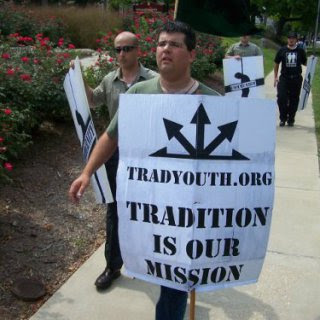 This is why Heimbach got a leading role in the documentary (really a glorified cringe compilation) about the Rise of the Nazbols.
In his recent article about how why he left White Nationalism (he was kicked out!), Heimbach pretends like he was only recently converted to Communism.

After my arrest, antifascists and Leftists had reached out to me, often expressing more love and support than I’d ever received from the white nationalist movement, despite having sacrificed nearly everything for it. I began reading books they suggested, about Marxism, anarchism, and socialism. The influence from people outside of the closed off community that is white nationalism in America were planting seeds, both intellectually and personally, that were beginning to take root.

Now Heimbach has dropped any pretenses of being a National Bolshevik and is just a straight up Bolshevik.

With a newly heightened awareness of the economic struggles plaguing every community, I no longer saw myself fitting in anywhere in the movement at all. I drafted my resignation to the NSM. The same day I was publicly fired for being “a communist.” The shoe fit, I guess.

Heimbach goes on to pretend like the shootings by “White terrorists” are all real and not PsyOps by the ZOG. Actually, Matt does not mention the word “jew” once in his whole long piece. He just talks about uniting the races together to stop capitalism and imperialism. He is going to stop the violence through Communism apparently. We know how well that worked in the 20th century.
One of my favorite parts of the article is when Heimbach sheds tears for the starving people of the world and laments the fact that the poor are not able to get access to more vaccines.

Over nine million people die every single year due to starvation, hundreds of millions are suffering from the impact of pollution, over 1.5 million people died last year of diseases that could have been prevented by access to vaccines, and the statistics of suffering go on and on.

With the courageous work of Matt Heimbach and Bill Gates, we’ll be able to see a more equitable world where the rest of the world were able to be injected with more neurotoxins starting from childhood!
I do not want to waste anymore time dealing with this guy. You can read his piece here.
- April 04, 2020
Email ThisBlogThis!Share to TwitterShare to FacebookShare to Pinterest