The New Jersey Office of Homeland Security and Preparedness has boosted the threat level from white supremacy groups from moderate — where it was listed in 2019 — to high for 2020, the new report released Friday reads. The only other group to receive that dubious distinction are homegrown violent extremists.

People should be quaking in their boots, thinking there are White supremacists with AR-15s hiding out everywhere, ready to start shooting at anyone and everyone. People also better think twice about embracing a pro-White position publicly, as doing so will quickly put you in league with the terrorists. “You’re either with us, or against us,” as the great George W. Bush said.

The decision to put white supremacists at the highest possible level comes after a number of threats and attacks in 2019, including the El Paso attack that left 22 people dead and two dozen more injured.

First off, the El Paso shooter, Patrick Crusius, may possibly be a shapeshifter, since both images below were released after the shooting, purporting to be Crusius. 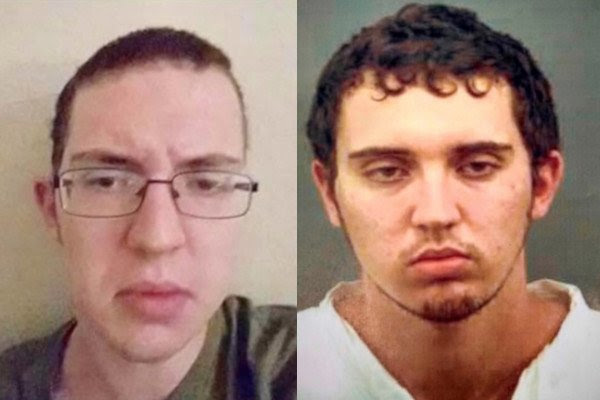 Since the media would never lie to us about these shootings, we must assume that Crusius is able to transform himself from a jew into a Mestizo and then back again. So why aren’t reptilian shapeshifters the real homeland security threat? I hope the DHS looks into this further.
Perhaps Patrick’s father is also a shapeshifter? 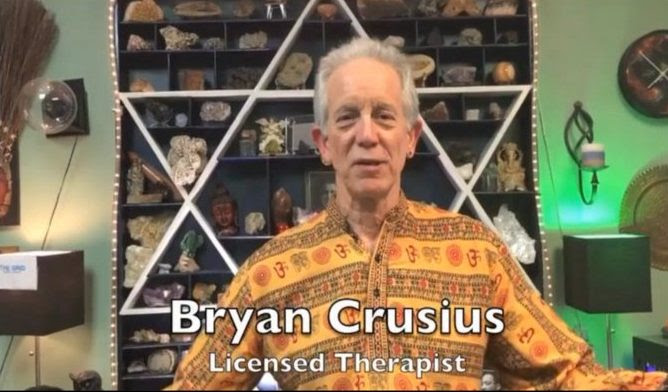 The article continues with the reasons we need to be terrified by White terrorists:

In New Jersey, a man allegedly conspired with members of a neo-Nazi network to vandalize synagogues in the Midwest. He also allegedly once sat with a machete in the parking lot of a New Jersey mall, and considered an attack on black shoppers.”

That’s two times that “allegedly” appeared in two consecutive sentences. This is some really solid evidence and good reporting.

There was also an increase in efforts by white supremacists to identify and recruit members in New Jersey and New York while spreading their messages of hate in 2019, the report reads. Reported incidents of white supremacists distributing their propaganda — particularly in the form of flyers in public venues in cities and on college campuses — surged to 168 since January 2019, up from just 46 in 2018.”

OMG, White people are putting out flyers!? Are you kidding me? Did the flyers say “It’s Okay to be White”? That’s hate literature, in case you didn’t know. Arrest all the Whites who think it is okay to be White! It is obviously awful to be White.

The report said that “supporters of this ideology demonstrate the willingness and capability to carry out attacks, direct and inspire sympathizers online, and attempt to network globally.” Nationwide, extremist white supremacists carried out four attacks and had at least 19 additional plots, threats of violence or weapons stockpiling incidents, according to NJOHSP’s report.”

Ever since the Smith-Mundt Modernization Act of 2012, the government-media complex can literally run “fake news” stories in the US legally, but our benevolent rulers would never lie to us about such serious matters. They just want to protect us from threats, not create them out of thin air.
The article then goes on to talk about other “homegrown violent extremists,” but it’s evident that Whites are the clear and present danger to the safety and security of the United States.

See? White people are way more of a threat than the traditional terror organizations, which were totally not created by the CIA and Mossad.

Homeland security and law enforcement professionals at all levels have taken notice of the rise in activity from white supremacist extremists,” said Jared Maples, the Director of the NJOHSP, in the report. “New jersey is committed to protecting the diversity of culture and faith that shapes our great state.

I know Mr. Maples is being diplomatic here, but let us not beat around the bush. There is one particular group of people that needs more protecting than any others, because they were “chosen” by Yahweh, and other groups are resentful of their success. I mean, there’s a reason it’s called Jew Jersey. It is only right that jewish groups have been getting between 94% and 97% of DHS security grants every year, and are asking for even more money for security after these very real attacks they keep telling us about in the press. I mean, with the threat of White terrorism lurking everywhere these days, the richest ethnic group in America needs to feel safe, and let’s be honest here guys, their lives are far more valuable than the lives of us lowly goyim.
As Sheldon Adelson once said:

One million Whites are not worth a jewish fingernail!”

Correction: Sorry guys, that last line is fake news. The real quote is “One million Arabs are not worth a Jewish fingernail.“ It was said by Rabbi Yaacov Perrin at the funeral of Baruch Goldstein, who killed more than 48 (?) Muslims and wounded 125 others after shooting up a Mosque. I assume he did this in self-defense or something, since jews are usually a kind, loving people.