Showing posts from February, 2020
Show all

Activists of the U.S. National Socialist Group Atomwaffen Charged with “Planning to Harass” Journalists and Jews

https://dailyarchives.org/index.php/reports/3039-activists-of-the-u-s-national-socialist-group-atomwaffen-charged-with-planning-to-harass-journalists-and-jews Four people with alleged ties to the U.S. National Socialist group known as Atomwaffen Division have been arrested after authorities said they "conspired to harass journalists and people affiliated with the Anti-Defamation League". ( CNN ) The group focused on anti-white targets who were Jews or non-whites, according to the US Attorney's Office for the Western District of Washington, and sent them "threatening" posters to intimidate them. The arrests came the same day a fifth individual -- said to be Atomwaffen Division's former leader -- was arrested in Virginia for allegedly harassing a member of Trump's Cabinet, journalists and a university. According to the office of US Attorney Brian T. Moran, 24-year-old Cameron Brandon Shea of Redmond, Washington; 24-year-old Kaleb Cole of Mon
Post a Comment
Read more

http://www.renegadetribune.com/the-medias-deafening-silence-on-mike-bloombergs-ties-to-epstein-and-other-criminals/ By  Whitney Webb A fter his late jump into the Democratic primary and, as critics argue, purchasing his way into the primary debates, former Mayor of New York City Michael Bloomberg has received mixed coverage from corporate media, with many negative critiques of the current presidential contender’s history, conduct and connections. Yet, despite efforts by other campaigns and more progressive-leaning media outlets to dampen Bloomberg’s chances at the nomination, one clear weakness of Bloomberg’s has thus far evaded meaningful media coverage: his ties to key players in the Epstein scandal, including Leslie Wexner, Ghislaine Maxwell and even Jeffrey Epstein himself. Silence among outlets that largely oppose Bloomberg’s candidacy regarding his connections to Epstein and those in his close social orbit is odd, especially when reporting on an individual’s connection
Post a Comment
Read more

- February 29, 2020
https://www.jta.org/quick-reads/new-survey-indicates-jewish-americans-will-vote-for-any-democrat-including-sanders-over-trump ( JTA ) — No matter who is running on the Democratic presidential ticket in 2020, he or she is likely to get the Jewish vote by a wide margin, according to a new survey. The survey, released Friday by the Jewish Electorate Institute, found that two-thirds of Jewish voters said they would choose any Democratic candidate over President Donald Trump. The survey was conducted Feb. 18 to 24, a period that included  Sanders’ announcement that he would not attend AIPAC’s annual conference next week. After the announcement,  some pundits suggested  that nominating Sanders would result in Jews preferring the Republican candidate for the first time in contemporary American history. (Four years ago, Democratic nominee Hillary Clinton received  70% of the Jewish vote. ) But the survey found that even though Jewish voters view Sanders more unfavorably than they hi
Post a Comment
Read more

This Italian Jewish kid was supposed to have a 600-person bar mitzvah party. Then coronavirus hit.

- February 29, 2020
https://www.jta.org/2020/02/27/global/this-italian-jewish-kid-was-supposed-to-have-a-600-person-bar-mitzvah-party-then-coronavirus-hit?utm_source=JTA_Maropost&utm_campaign=JTA_DB&utm_medium=email&mpweb=1161-17223-19708 ( JTA ) — Ruben Golran had studied for a year and a half in anticipation of this week, when 600 of his relatives and friends were supposed to converge on Milan to celebrate his bar mitzvah. First he planned to have a ceremony Tuesday, when he would put on tefillin, a Jewish ritual object, for the first time — a traditional rite of passage. Then it was a blowout party on Thursday night catered by a local kosher Israeli restaurant, and finally another ritual ceremony on Shabbat. Instead, Ruben’s parents found out Sunday that everything would be canceled. Due to the rapid spread of the coronavirus in northern Italy, regional officials had prohibited large gatherings. A day later, houses of worship were ordered closed. Within a matter of hours, the fam
Post a Comment
Read more

https://dailyarchives.org/index.php/focus/3035-amazon-halts-sale-of-books-assailed-as-nazi-propaganda Amazon has stopped sales of some books on its platform following Jewish protests that the titles, including some for children, were "Nazi-era propaganda," a source familiar with the matter said. ( rfi ) The move came days after the Auschwitz museum called on the US tech firm to remove "Nazi-era" "anti-Semitic" children's books from sale. The Auschwitz Memorial tweeted on its official account the books included "hateful, virulently antisemitic Nazi propaganda." Among the books is an "anti-Semitic" children's book titled "The Poisonous Mushroom" authored by NS party member Julius Streicher and originally published in 1938. Amazon declined to comment on specific items but said it does take action against some materials which may be "offensive". "As a bookseller, we believe that providing
Post a Comment
Read more 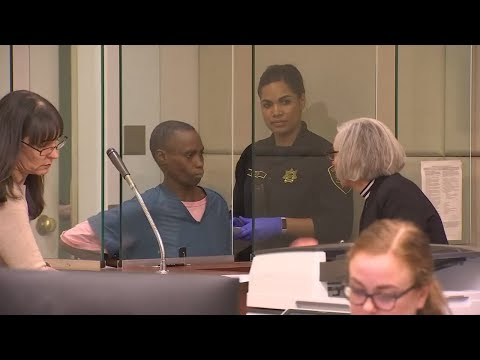 http://www.renegadetribune.com/black-woman-viciously-beats-white-woman-at-portland-bus-stop-because-she-hates-white-people/ The mainstream media incites non-Whites to violence against White people on a daily basis, since all White people are guilty of racism and have White privilege. A recent attack happened in Portland, when Nimo Jire Kalinle got off a bus, saw a White woman with her child, and decided to start punching her repeatedly in the face. The woman likely has been watching all the anti-White garbage on TV for years, like when Jamie Foxx said on SNL years ago: I kill all the white people in the movie … How great is that?” When are we going to hold the jewish media moguls and their lackeys accountable for inciting hatred and violence? From  Oregon Live, “‘I hate white people’: Woman charged with bias crime in Portland bus stop attack” : A woman faces hate crime charges after authorities say she pummeled a mother in front of her young daughter at a North Por
Post a Comment
Read more
More posts