First off, I know it’s called “football” over there, but most of our readers are from America, where football means something quite different.
Tom Pope is a forward for Port Vale in England, who recently scored a goal in a match against Manchester City. Then a few hours later, he tweeted about current geopolitical events, giving his “conspiracy theory” as to what will transpire.

We invade Iran then Cuba then North Korea then the Rothchilds [sic] are crowned champions of every bank on the planet – the end”. 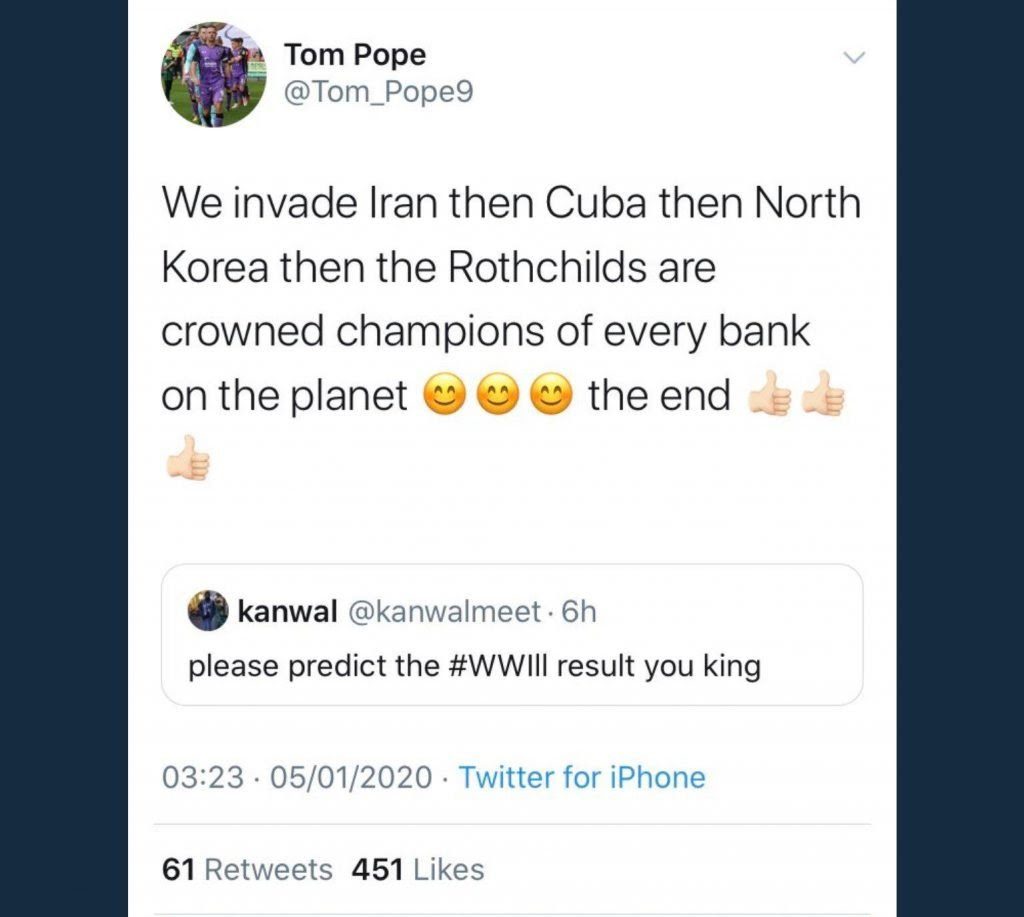 Pope would go on to say that the Rothschilds family’s ownership of banks is “fact”.

I mentioned them owning the banks which is fact and now I’m facing all this”.

He was told by users that his tweet could be seen as racist and anti-semitic. He responded:

How is it racist?? Seriously is someone out to destroy me or what?”

One user, likely a hasbarat, explained to Pope why he is not allowed to talk about Rothschild power as a goy.

Because Rothschild conspiracies have been used throughout history as a way of smearing the Jewish community and have quite rightly been identified as anti-Semitic… This myth in particular is one of the most commonly used and has been debunked thousands of times.”

According to the Press Association, it appears Pope will be investigated by the Football Association, which “is looking into the matter.”
Source: https://www.thejc.com/news/uk-news/port-vale-forward-tom-pope-faces-possible-fa-investigation-over-rothschild-conspiracy-tweet-1.494990