This article originally appeared on Medium by Dylan Howard

Steven Hoffenberg was arrested by FBI agents in Arkansas in 1996, after regulators accused him of defrauding investors. The former business partner of Jeffrey Epstein in Towers Financial spent 18 years in jail for the largest Ponzi schemes in history prior to Bernie Madoff’s crimes. But the notorious sex criminal got away scot-free. Why? In a series of new and exclusives conversations, Hoffenberg reveals the real reason he evaded justice in one of America’s largest Ponzi schemes—he was an international spy.
Britain’s Prince Andrew and Jeffrey Epstein’s alleged pimp Ghislaine Maxwell have joined forces to stonewall investigators and prevent Epstein’s victims from obtaining justice.
That’s the explosive claim of former Epstein colleague and friend, Steven Hoffenberg, who confirms that Epstein was indeed a top-level agent for the Israeli Mossad, as first confirmed in the best-selling book Epstein: Dead Men Tell No Tales.
In a series of bombshell interviews with me following the release of the book, Hoffenberg confirmed that not only does he have first-hand knowledge of Epstein’s work as an agent of the Mossad, as described in the book; but also, his former cohorts Prince Andrew and Maxwell are still actively working to keep his explosive secrets.
Hoffenberg famously worked as Epstein’s business partner at the ill-fated Towers Financial Group in the 1990s. In 1993, the business collapsed as a multi-billion-dollar Ponzi scheme was exposed. Hoffenberg pleaded guilty and went to prison in 1995, but Epstein got off scot-free.
According to Hoffenberg, it was his espionage connections that helped him skate. During his work with Epstein, Hoffenberg says, he had a front-row seat to the espionage work that brought Epstein into close contact with foreign agents from Saudi Arabia, Israel, Russia and more.
Hoffenberg revealed:

I liked the book [Epstein: Dead Men Tell No Tales] a lot.
Unfortunately, the media doesn’t understand 75% of the Epstein story.
Because it’s a complicated story. Maxwell, the Crown, and spying. Of course, right now Prince Andrew is preventing the Southern District of New York from arresting Maxwell.
There is a problem, because [Alex] Acosta in 2008, the reason that Epstein didn’t get any time and got a non-prosecution agreement was because of the intelligence agencies involvement with Epstein, and the two Maxwells, in Israel. I know that for a fact from Epstein.
What you write [in Epstein: Dead Men Tell No Tales] is true. Matter of fact, I have been asked by many others about the spying, and I would never comment on the spying. I didn’t want to get ahead of this. But you have now created the platform. Your story is true.
It is the truth. There’s no question. What you write is true. I am an eyewitness.
He admitted this to me. That was not a core problem because he shared with me thousands of conversations; everything about his life. I mean, I was like his brother. We were inseparable for a long time. So I know every step of what you write.
You see the espionage connections were too hot, and that concerned me for risk — up until your book. I’ve been pressed on espionage and I wouldn’t give it up. I didn’t confirm the espionage until your book came out. It’s a very serious master plan to the whole Epstein mystery. That was the master plan by Epstein.
He’s got Andrew pinned to the wall right now. He’s got the crown stuck. Why the Crown is now taking this position. Maxwell has been described as a Co-conspirator. (She has denied any claims of wrongdoing). Why doesn’t the Crown in the U.K. seek justice? That’d bust the bubble in the UK. There’s 75% of Epstein’s story that is not understood by the media and the public. But we’ve got to bring it out there, we’ve got to tell them.
He was needed by the CIA or the FBI for intelligence, because he was manipulating the American intelligence for the overseas organizations: MI6, the Israeli’s, and the Saudi’s. That’s what he was doing. They were afraid of the exposure that he brought to the table for what he did with Prince Andrew, MI6, the Israeli’s, and the Saudi’s. That’s why (Alex) Acosta said to the media, “This is an intelligence criminal case, this is not a standalone criminal case.” Acosta said that.
Don’t forget, he and I interacted from ’87 through ’96 or around that timeframe. So we were inseparable, as being together and talking every day. Working together every day. I set up that office at Villard House at that time, which was his office that we opened up specifically for him. We were always together and he trusted me totally. I didn’t know he was setting me up at the time, which he was, to take the entire fall for the crimes. I was not supposed to take the fall. I was supposed to get a slap on the wrist. But he’s the one that caused me to not get a slap on the wrist, because he double-crossed me with the money.
I don’t actually have an axe to grind for something that happened decades ago. But I was there, and that’s what happened and I have the evidence of that — of how he framed me. This is all true. I mean, I’m not using this as a story for that, because this is only one little component that I got set up. I got set up in the first round of big money crimes with Epstein. The story is remarkable. Nobody’s going to say that I have an axe to grind because I’m not a participant in all of these cover ups. I’m in one, heavily. Heavily. So you know, that’s not an axe to grind at all. That’s a story to tell. That’s all it is. It’s something to explain. His mindset, the profile, how Epstein saw things, and how he played the chess board. That’s all it is. 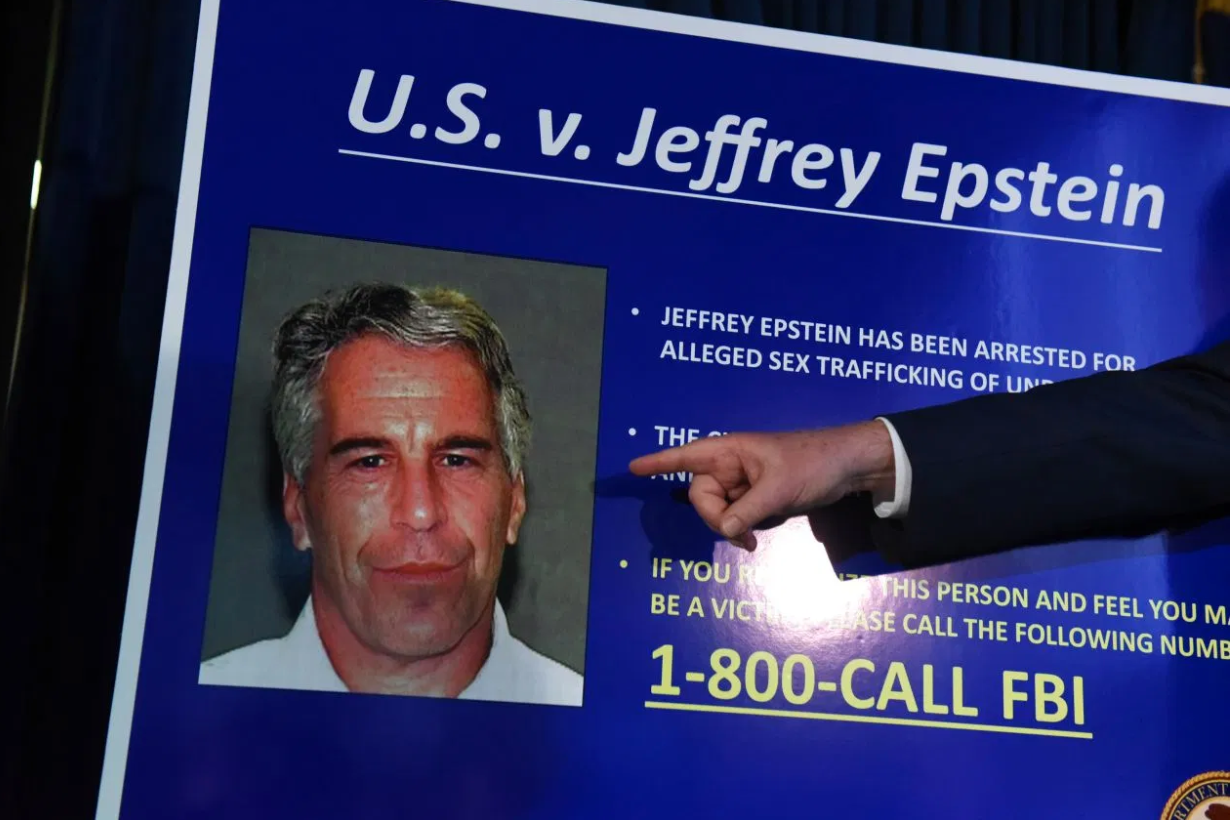 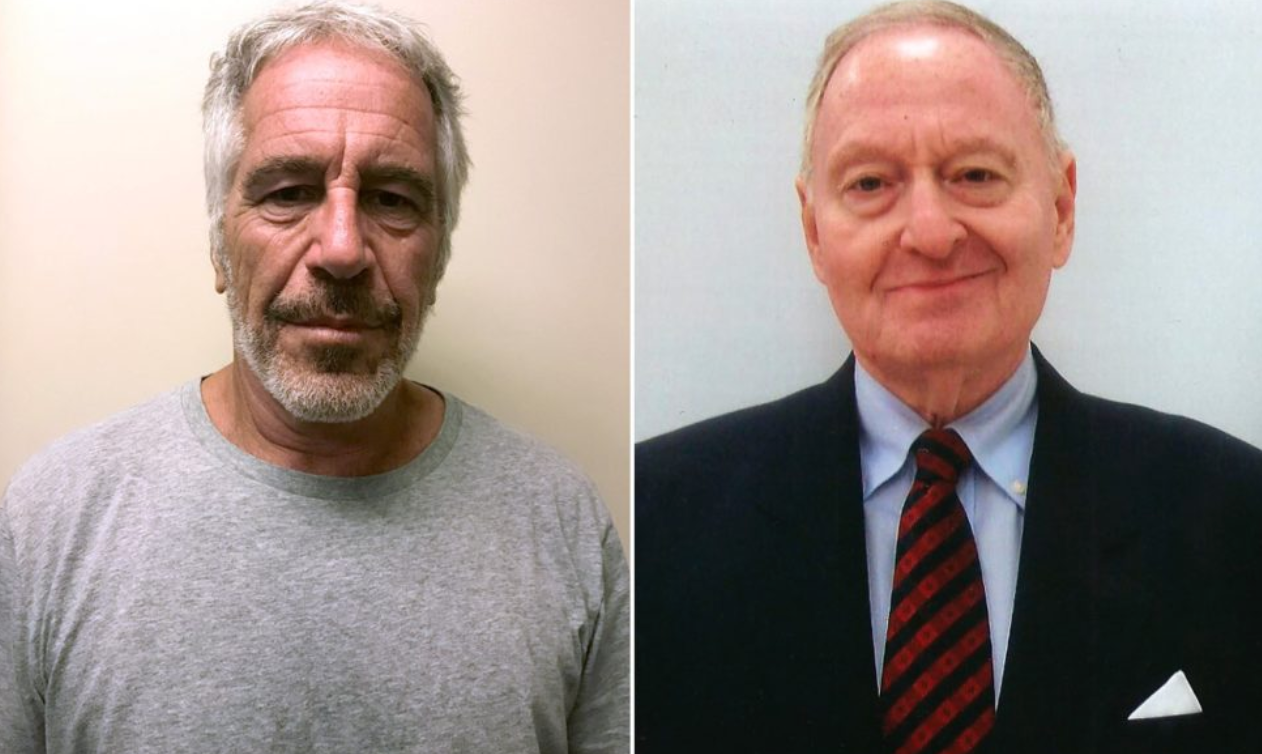 For more on Epstein’s work for the Mossad, and Hoffenberg’s revelations about how he made his dirty millions, pick up Epstein: Dead Men Tell No Tales at Amazon or other booksellers nationwide.
via The Free Thought Project.