BERLIN (JTA) — German Chancellor Angela Merkel, making her first visit to Auschwitz, pledged an added 60 million euros — or $66 million — in funding to its memorial museum.
Merkel entered the former Nazi concentration camp though the infamous gate under the sign that reads “Arbeit Macht Frei” — work will free you. An entourage of survivors and dignitaries kept their distance as she and her guides made her way slowly along the path that led to death for so many.
Her visit on this cold, sunny Friday included a moment of silence at the so-called Black Wall, where some 20,000 people were shot to death. Together with Polish Prime Minister Mateusz Morawiecki and World Jewish Congress President Ronald Lauder, Merkel walked through the former death camp where over 1 million people were murdered.
The last sitting German chancellor to visit the site was the late Helmut Kohl in 1995.
Lauder walked with Merkel through the 16-year-old conservation laboratories at the memorial, which preserve the museum’s artifacts and structures. Lauder has raised tens of millions of dollars internationally to fund these conservation efforts. 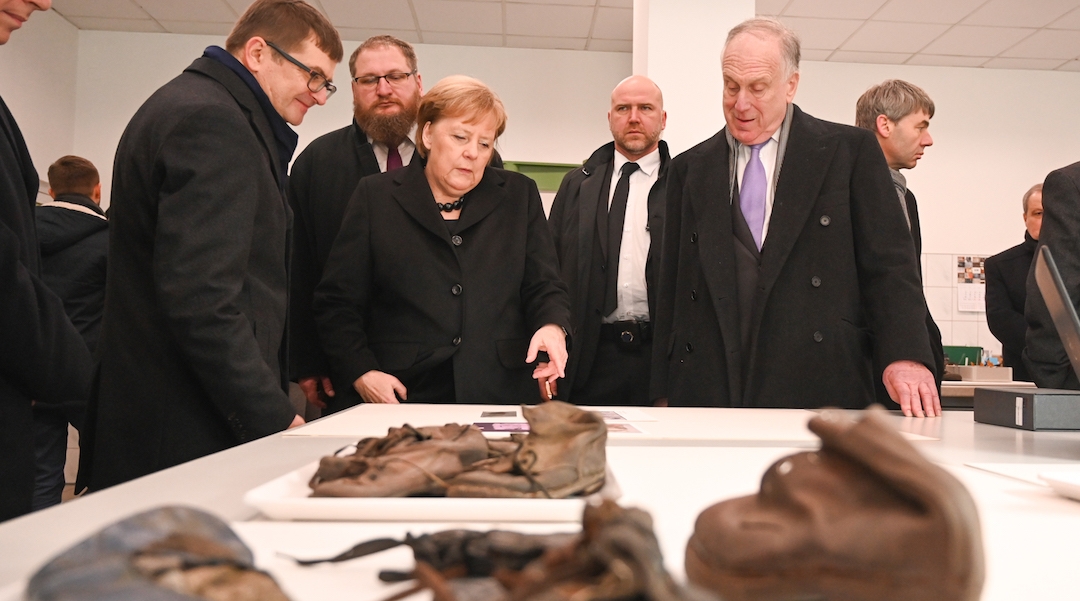 Red Army soldiers liberated the camp on Jan. 27, 1945. This year, ceremonies will mark the 75th anniversary of the liberation.
Merkel, who has been chancellor for 14 years, told reporters that she was pleased to deliver the “good news” of the funding personally.
The funds, half from Germany’s federal government and half from the regional governments, will help the 10-year-old Auschwitz-Birkenau Foundation toward its goal of raising 120 million euro, or $133 million.
66 million angela merkel announces Auschwitz donate germany museum