The US Isn’t Serious about Leaving Syria at All 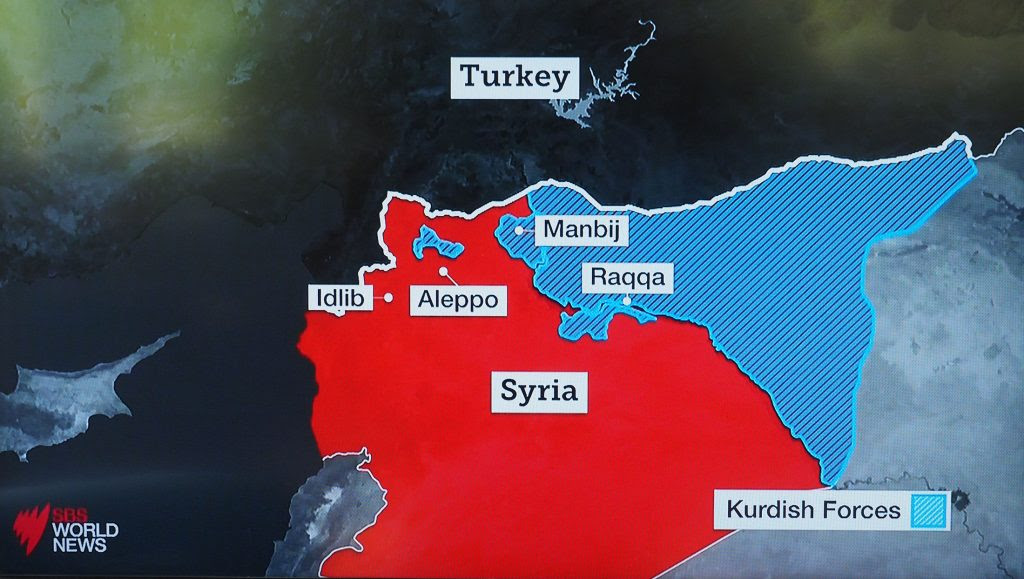 Thanks to those years of misinformation and missing information, most Australians would have no idea that the US occupation of North-Eastern Syria is all about stealing Syria’s oil resources, initially in cooperation with Islamic State but then passing under the control of the Kurdish-dominated SDF. Multiple attempts by Russian and Syrian militaries to win back the oil fields east of the Euphrates, either by force or negotiation, have failed, while the oil is pumped and trucked into Iraq or via Turkey to be sold into European markets. Only for this reason is Syria forced to import Iranian oil – running the gauntlet of piracy and sabotage and sanctions threats on the way. (It’s worth noting that I wrote this article for an Australian website in an attempt to enlighten a few Australians, and foster resistance to the Australian government’s “foreign policy” and collaboration with the belligerents; such dissident opinion is sadly not welcome here.)
The truth of US intentions – to remain in Eastern Syria until they are driven out militarily – has now been emphasized by US Defence secretary Mark Esper. At a press conference where he confirmed the US intention to withdraw 1000 troops from Syria, when asked whether this meant from all of Syria he simply repeated what he had said – “from Northern Syria”. As explained here by Syrian American journalist Stephen Sahiounie, this withdrawal has begun in the North West town of Manbij following negotiations between Russian and US militaries, where residents are already celebrating their liberation from US-SDF occupation, as well as protection from a Turkish advance (though this news is disputed by some reports). More significantly it appears that the Syrian Arab Army has now taken control of the key city of Hasakah, the centre of US operations in the North East.
At this moment we can only speculate on the outcome of Turkey’s move into Syria, and what it may mean for the US’ long term plans in the region. If we genuinely seek peace and a just solution for the citizens of Syria and Iraq then we should work to ensure that those plans are stymied. That must include immediate cancellation of “Operation Sentinel” and Australia’s participation in it. But we might also hope that newfound cooperation between Syrian Kurdish communities and the Syrian Government may see a reassessment and new understanding of Bashar al Assad’s legitimacy amongst the chronically misinformed Australian (and read Western) public.
*(Top image: President Donald J. Trump, Defense Secretary Dr. Mark T. Esper and Army Gen. Mark A. Milley, 20th chairman of the Joint Chiefs of Staff, arrive for an armed forces welcome ceremony at Summerall Field, Joint Base Myer-Henderson Hall, Va., Sept. 30, 2019. Credit: Dominique A. Pineiro/ Chairman of the Joint Chiefs of Staff/ flickr)
This article originally appeared on American Herald Tribune.
at all is not serious leaving syria u.s.