It is easy to imagine that life for the black slaves in the New World was one filled with sadness and hardships. Many of them came from the Gold Coast and it soon became clear that the most rebellious among them belonged to the Akan ‘ethnicity’, which in itself encompassed lesser tribes such as the Ashanti, Kwahu and the Fante (a recent prominent figure belonging to the last tribe was former UN Secretary General Kofi Annan). They are known in Jamaica as Coromantee. It goes without saying that some kind of ‘music’ involving drumming was brought over, and coupled with high doses of strange ‘witchcraft’ called Obeah in Jamaica, it must have been frightening for the Slave Masters when they gathered around in the evening after a long hard working day. Now the rich masters had their own kind of music too, plus some complex dances like the courtly Quadrille that spread across Europe during the reign of King Louis XIV of France. That kind of atmosphere is still manifested in the music created on the island to this very day.
In the beginning of the last century ‘Blues’ in the United States was starting to catch fire among the blacks. When radio finally arrived in Kingston (the rural areas were still without electricity for the most parts) it took the city as a storm to such an extent, that for some years later on, Jamaica was the biggest music producing nation per capita in the world (and I can vow for this as I was a collector, and anyone can check all this information for themselves). The first privately owned recording studio in Jamaica was opened in 1951 by a certain scumbag (Jew) named Stanley Motta who employed the two most important producers of the first ‘genre’, soon to be called SKA, Clement ”Coxsone” Dodd and Arthur ”Duke” Reid, both of whom would soon open their own studios (Coxsone’s ‘Studio One’ was by far the most important studio on the island till the late 1970’s). The town halls were getting filled and that in turn spawned a uniquely Jamaican thing, is where they take the ‘Sound System’, put it on a truck and go fight it out ‘Musically’ with another ‘Sound System’. It created what in the UK they call the MC, but in Reggae is called Dee-jay, the one that introduces the song or does a voice over. To accommodate this newly created DJ they started to produce tunes without lyrics, which later became known as DUB, which is the true precursor of DANCE music, even before the Gay fueled House music that was to come out of Detroit. It was and still is the pumping heart of Reggae and the reason they have so much production. It has a huge following in the UK (mostly Dub) even among Whites.
Another important factor to play a big role in shaping the music, that would soon be placed on a plate to the White Goyim, is cinema. Movies of the ‘genre’ Spaghetti Western played a big part, as did the Kung-Fu ones that were coming out of Hollywood. Kingston was being flooded by ‘D reaming’ rural youths (oh how clearly I can see that happening with the Africans just now) wanting to be the next John Wayne or Al Capone (there are ‘singers’ with these names with 20 or so albums below their belts). Yet Kingston couldn’t handle all of them, so what happens? What else is there, but Violence and Crime fueled with a burning hatred for that slavery era? Oh, you wouldn’t want to be a White man living in Jamaica. There are many accounts, go check them out. One particular movie that was made in Jamaica in the early 70’s named ‘The Harder They Come’ is a fine example of the so-called Gun Man. In it stars Jimmy Cliff. Both the soundtrack of the movie and the first album by Bob Marley and the Wailers named ‘Catch a Fire’ hold the title of the being the 1st of a series that were made exclusively for White audiences. 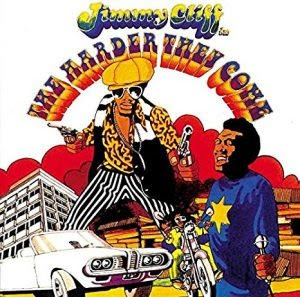 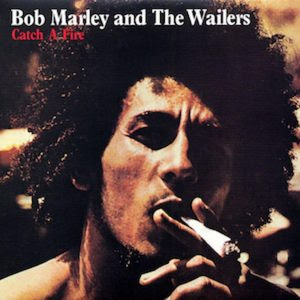