JERUSALEM (JTA) — A Rosh Hashanah greeting written by Mahatma Gandhi on the day that the Nazis invaded Poland has been discovered at the National Library of Israel.
The handwritten letter from the famed Indian advocate of nonviolence to A.E. Shohet, the head of the Bombay Zionist Association, is dated Sept. 1, 1939. The library placed it online this week.
“Dear Shohet, You have my good wishes for your new year,” the letter reads. “How I wish the new year may mean an era of peace for your afflicted people.” 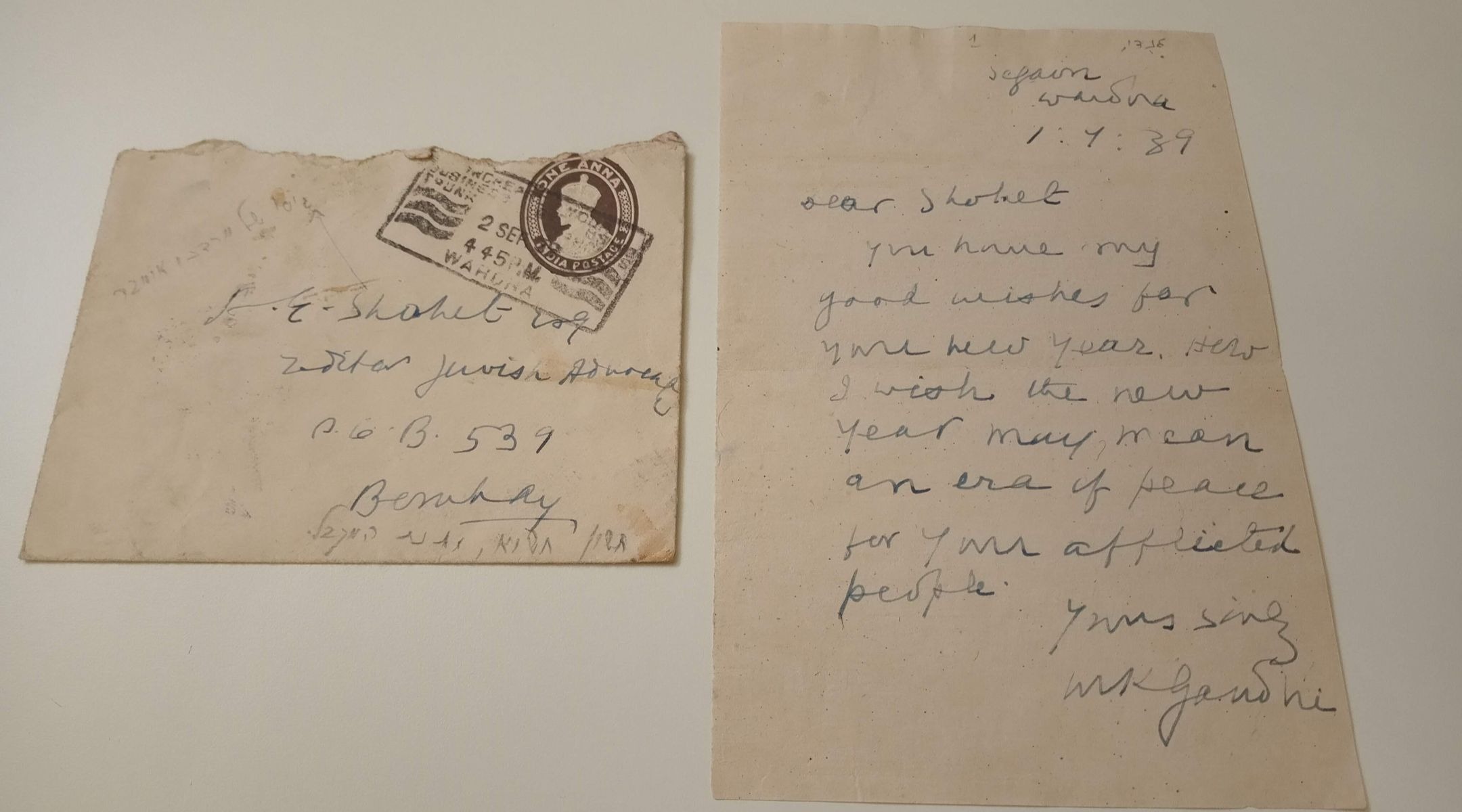 The greeting was discovered as part of a major National Library of Israel initiative to review millions of items in its archival collections, which include personal papers, photographs and documents. The library’s initiative is with support from the Leir Foundation.
Shohet was an Indian Jew from the Baghdadi community in Bombay. He also headed Bombay’s Keren Hayesod office and served as editor of The Jewish Advocate newspaper.
Shohet had interviewed Gandhi earlier that year, in March, at his ashram in Wardha, according to the National Library.
Gandhi had called for resisting Nazism solely through nonconfrontational means.
“My sympathies are all with the Jews … If there ever could be a justifiable war, in the name of and for humanity, war against Germany to prevent the wanton persecution of a whole race would be completely justified. But I do not believe in any war,” he wrote in November 1938.
Not long before he was assassinated in January 1948, Gandhi called the Holocaust “the greatest crime of our time,” yet maintained that “… the Jews should have offered themselves to the butcher’s knife. They should have thrown themselves into the sea from cliffs … It would have aroused the world and the people of Germany … As it is they succumbed anyway in their millions.”
discovered gandhi greeting israel national library rosh hashanah