- September 20, 2019
http://www.renegadetribune.com/black-mobs-beat-white-men-in-minneapolis-not-hate-crimes/
Numerous videos recently surfaced of two incidents in Minneapolis where large groups of Black men beat and robbed inebriated White men. If groups of White men were roaming around the city and targeting solitary black men, surely there would be international outrage and hate crime charges being leveled against the perpetrators. However, since the assailants are part of a protected minority class, it is claimed that they were not targeting their victims for any racist reasons.
Take a look at the video footage. It is clear that these Black men were getting a good deal of enjoyment out of beating these White men unconscious. They were going above and beyond the physical violence required to simply rob them of their possessions. Do you think they would have acted the same way against a fellow Black person who was drunk on the street?
From Fox News:

Minneapolis police report 20 people have been arrested, 18 of them charged, in connection with two brutal mob-style robberies caught on tape in viral videos. The suspects range in age from 15 to 27 and were charged with various counts of robbery relating to two vicious robberies in August in which mobs surrounded young men and beat them unconscious. Some suspects were charged with first-degree felony robbery, which carries up to 20 years in prison.
[…] The videos appear to show groups of black men beating white males but Minneapolis police told Fox News the attacks do not qualify as hate crimes because the attackers didn’t target their victims for class or race. Rather, they were targeted because they were “impaired” or “compromised.”

Alondra Cano, the public safety committee chair, is upset that people might get the wrong impression about Minneapolis, saying, “It was really concerning to me to see those videos and that’s not what I want people to feel Minneapolis is like or about.” She thinks that the solution is just to have a stronger police department with more officers. She told Fox News that Minneapolis is spending money to diversity its police force so as to better reflect the community it is policing, as well as spending money on juvenile crime prevention programs.
Do you really think having more Black cops will solve the problem?
After Minneapolis hired an unqualified Somali man Mohamed Noor as part of their diversification of the city’s police force, he ended up murdering a 40-year old yoga teacher Justine Damond Ruszczyk because he felt “startled” after she called police for help. This will cost the taxpayers $20 million in a settlement. 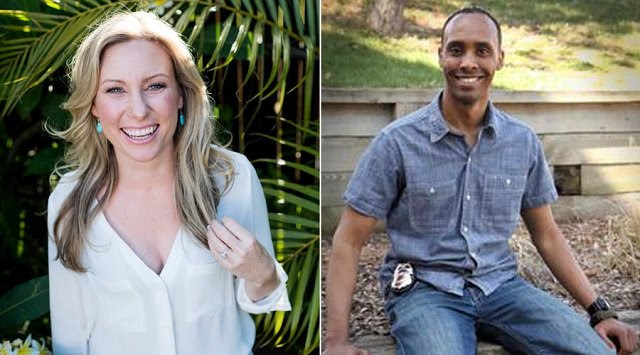 If police were focused on fighting crime rather than “fighting systemic racism” in accordance with Mayor Jacob Frey’s demands, perhaps crimes rates wouldn’t be skyrocketing.

One of the commenters on Menahan’s article points out:

Mayor is Jewish, Mayor Jacob Frey, which explains why MPD pushed for diversity victim cult supremacy instead of quality and fairness. Jews and Zionist are Diversity victim cult supremacist. “Frey grew up in Oakton, Virginia, a Washington, D.C. suburb, and received a track scholarship to attend the College of William & Mary, from which he graduated in 2004. His family is of Russian-Jewish descent.[6] After graduating with a degree in government, Frey received a contract from a shoe company to run professionally and competed for Team USA in the Pan American Games marathon, finishing in 4th place.[7] During that time, he earned a J.D. degree from Villanova University, graduating cum laude in 2009.[8]”

Just imagine how outraged Mayor Frey would have been if his beloved jewish community had been targeted with this kind of violence.
This goes to show, once again, that the White genocide agenda is jewish in nature, and is being implemented from the top down.
beats black hate crimes Minneapolis mob white men