The 1956 Hungarian Uprising was an Anti-Jewish Revolt

By Erderly Magyar
(w/ slight edits by your editor)

In Hungary in 1956 there was an uprising by ordinary Hungarians against their ruling class about which the British historian David Irving wrote a book he named, ‘Uprising’.
Re-reading this excellent book recently it occurred to me this was the first time an all White modern European population took up arms and actually began hunting and killing their rulers. Irving in the clip below describes how surprised he was to discover this revolution wasn’t so much a revolt against communism, it was a revolt by Hungarian Whites against despised Jews infesting their Government.
During WW2 many Hungarian Jews fled to Moscow. After Germany’s defeat they returned and very quickly installed themselves into the Government and every other decent post in the land.
By 1956, over a decade after the war, resentment of Jewish rule exploded into the streets of Budapest with hundreds of armed civilians laying siege to Government and Secret Police, shooting them when they could and hanging them if they were captured. 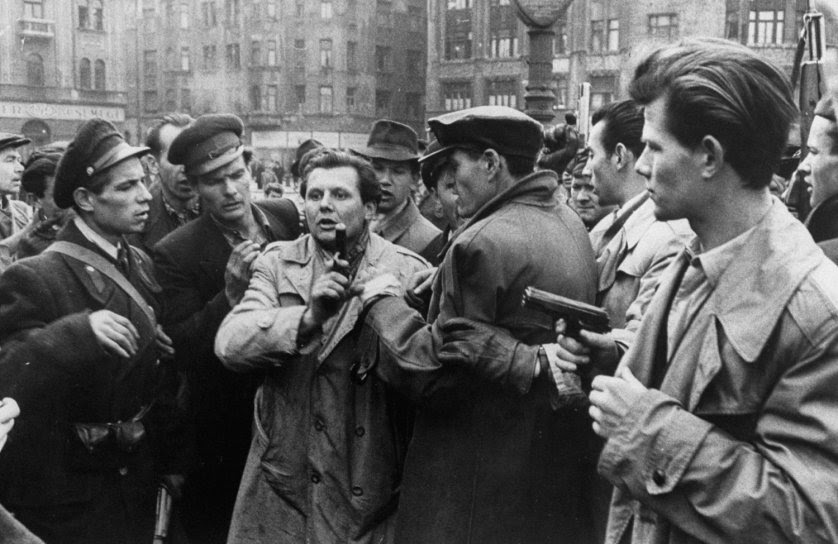 The Hungarian army joined civilians and handed out weapons. For a while it seemed the revolt had succeeded, but in the end Moscow sent Tanks and the US, concerned WW3 would break out, gave Khrushchev the nod that they were OK and America was not going to interfere.
This uprising has been ignored; most will be totally unaware of it. This is because it was 99% successful. Our Jewish friends don’t want you know how quickly a White armed population knocked off a 100% Jewish Government. Except for the massive support from Russia, White Hungarians would have won. 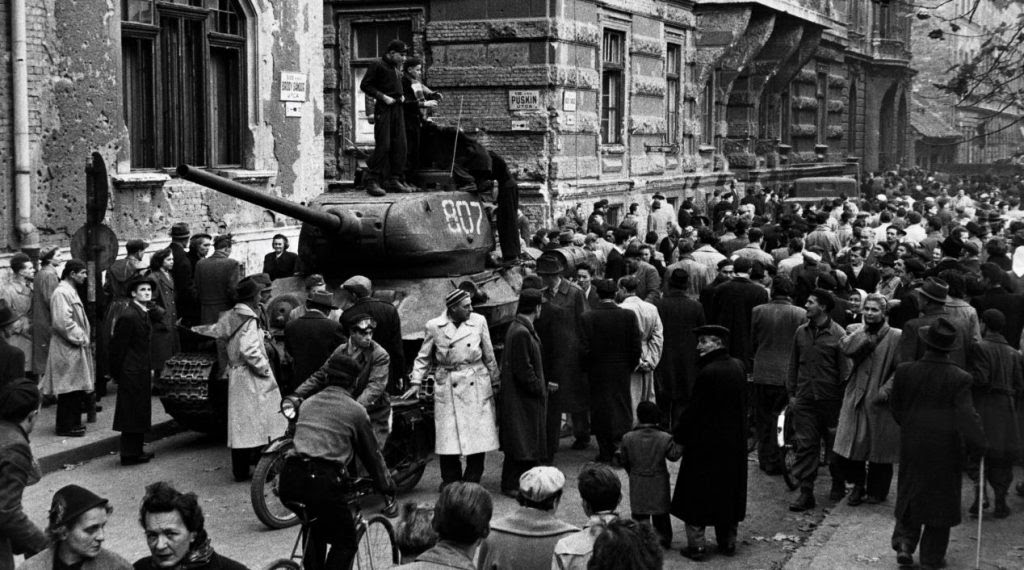 Imagine the coming SHTF moment in America and the same thing starts here. The Hungarian military sided with their people. I believe is spite of all the attempts by the Jews to brown the military and police, Whites will not take orders they don’t agree with and mutiny.
However, we can see ZOG knows what’s coming. They have acquired over a billion hollow point bullets, so we damn well know that they know something’s coming.
1956 Hungarian uprising anti jewish revolt