Is it not telling that Americans elected the one candidate who was at least pretending to care about the ongoing invasion of America, and they ended up with the largest flood of illegal immigrants ever? Not only is the amount of people coming into the United States illegally hitting all-time highs, the number of deportations is the lowest since George H. W. Bush’s reign. 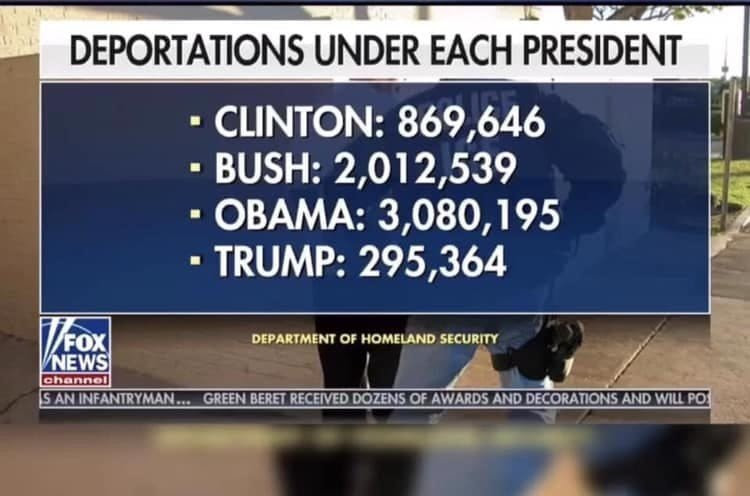 By comparison, Obama seems like an America-first nationalist who was protecting the demographic integrity of the United States! However, we all know that is untrue, considering his push for “Dreamers” to stay here illegally, the release of many illegal aliens who had committed violent crimes during a government shutdown, and his overall anti-White hatred.
What I am really trying to say is that however bad Obama was, Trump is apparently 10 times worse. Trump has caved on his promises to build a wall, to have tougher enforcement of our immigration laws, and to enact mass deportations. Yet people still support him? He has done far more damage than Obama ever did regarding the illegal influx of third world hordes into this country.
From The Washington Examiner:

Federal law enforcement based on the U.S.-Mexico border are expected to encounter 1.1 million people trying to cross illegally by the end of the fiscal year Sept. 30, despite Mexico’s assistance stopping migrants on their journey north.
Senate Homeland Security and Governmental Affairs Chairman Ron Johnson forecast the 1.1 million figure during a committee hearing Tuesday based off the number of people arrested for illegally entering between border crossings and those who presented at ports of entry but were deemed ineligible for admittance.
As of June 30, U.S. Customs and Border Protection personnel had made contact with 905,926 migrants, including 694,229 who entered the country without permission. The 694,229 figure nine months into fiscal 2019 was more than double the 310,000 who illegally crossed the southern border in all of fiscal 2017.

Regarding the 1.1 million illegal immigrants that are expected to “make contact” with U.S. Customs and Border Protection this year, it should be noted that there are obviously many more who make it into the country without being intercepted. The ones who do “make contact” with Border agents are usually just processed and then allowed into the country to work, especially if they are trafficking children across the border.
This “catch and release” policy has been in effect for years now and is absolutely devastating many areas of the country. The United States is being radically transformed in front of our very eyes at a dizzying speed, and anyone who even objects to it in the slightest way is automatically an unemployable racist Nazi.
Thinking federal laws on immigration should be followed makes someone a White nationalist, ergo an enemy of the state and a “domestic terrorist.”
Of course is should also be mentioned that many of the groups advocating for open borders in the US are jews, and many of them also citizens of Israel, where any Palestinian even coming close to the border with Israel (aka Occupied Palestine) is fair game for IDF sniping. We saw thousands and thousands of casualties during the March of Return protests over the past year. Yet for some reason no politicians in America cry about those injustices, only the ones taking place at the Southern border of the US, where illegals are detained for a little while (sometimes). 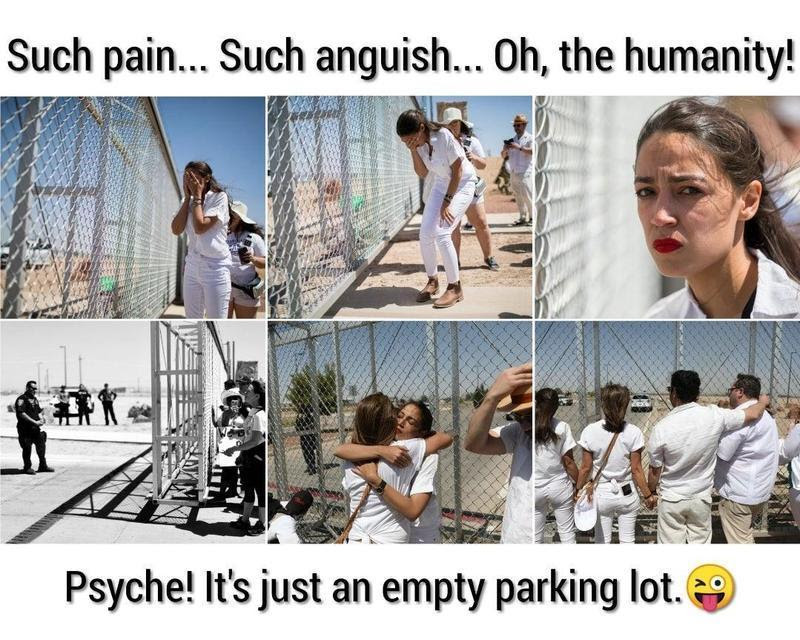 Do i even need to mention that Ocasio-Cortez is part jewish?
Honestly, this story is getting old.
This is White Genocide.
1.1 million border encounter expects illegals patrol this year