Over the past few years we have seen story after story about American teenagers forming swastikas with their bodies, playing “Nazi” beer pong, making jew jokes, and throwing up the “Sieg Heil!” salute. We are told that they are acting like this because they like the attention it brings and do not know about the awful horrors of the “Holocaust.” If only they could hear a survivor come and speak about what it was like to see his family turned into lampshades and soap, and narrowly escape being experimented upon by Mengele, then perhaps they would never engage in such behavior. 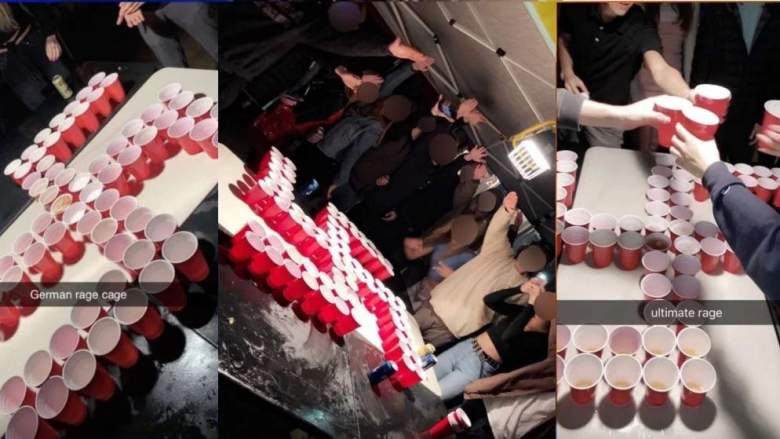 Actually, I suspect the reason that they acting like “Nazis” is because they have been hit with far too much jewish propaganda about White privilege, young Anne Frank masturbating in an attic while writing with a ball point pen, and Schindler’s List shenanigans. Teenagers are naturally rebellious against authority, and it is clear as day that jewish supremacists are the ultimate authority figures in our world today. They put out movies and TV shows that demonstrate how youth should “rebel” – take drugs, have lots of meaningless sex, get tattoos all over your body, and act like a complete degenerate. Many youth are able to see through this false “freedom” and realize that the most rebellious thing you can do in our world today is support National Socialism. The more that school children are forced to take tours of the many Holocaust museums, the more that they will end up pushing back against jewish supremacy. 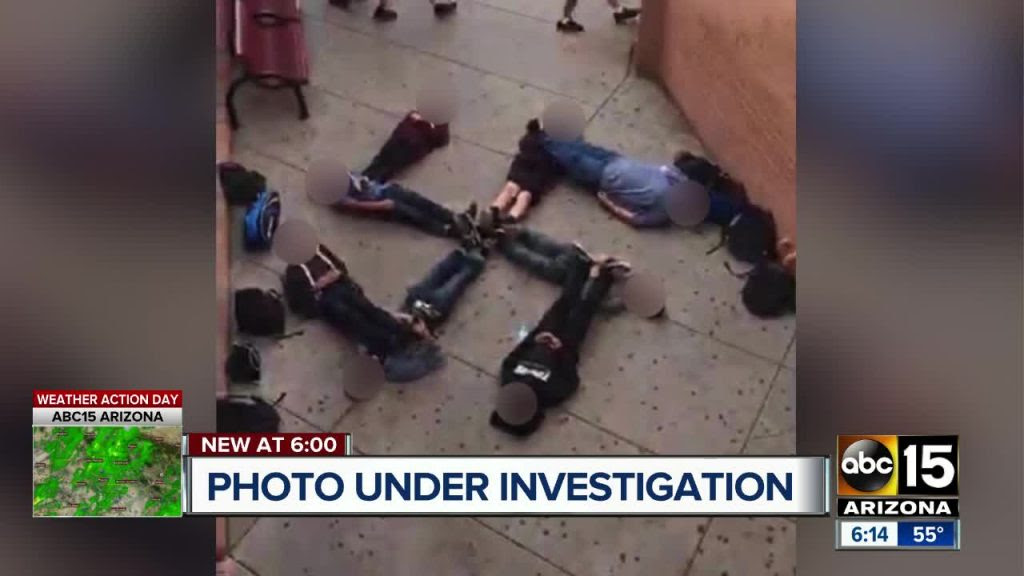 Another thing that is working in our favor is that teenagers have grown up with the internet and are not nearly as interested in TV as other generations. They now have access to many real documentaries about the Holocaust hoax, the Hellstorm of Germany, jewish criminality and subversion, and all sorts of other topics that the jewish supremacists do not want them to know about. They can see the censorship of hard-hitting and honest information taking place in real time, and this draws them into wanting to learn more.
From The Daily Beast:

A group of high-school students in Southern California gave a Nazi salute and sang a Nazi song during an awards ceremony last year, according to video reivewed by The Daily Beast. The video shows about 10 members of the boys’ water polo team at Pacifica High School in Garden Grove, California, throwing the salute once used to greet Adolf Hitler while singing a Nazi marching song played for German troops during World War II. It’s the second such incident in the region in the year.

The Daily Beast article goes on to mention the beer pong incident in Orange County at Newport Harbor, which is not too far from this high school, and we see the recommendation that the youth just need a tour of a Holocaust indoctrination center. I sure hope that they have a pile of shoes for the children to see. That would really hammer the point home.

In the aftermath of the Orange County scandal, the Los Angeles Holocaust Museum invited students who attended the party to tour its museum and meet with Holocaust survivors. The museum also plans to extend an invitation to the Pacifica students seen in last fall’s video.
“I would definitely love to reach out to the principal of [Pacifica High School] and see if we can do the same thing we did with the Newport Harbor students,” Beth Kean, the museum’s CEO, told The Daily Beast. “Once you see those artifacts, you realize what these symbols like the German nationalist song really represent. That is really the best way to learn and make sure we can move forward and prevent these types of incidents from happening.”

This article from MSN details the outrage that ensued, with jewish groups saying that the high school really needed to address this issue in a stronger manner.

Brian Levin, director of Cal State San Bernardino’s Center on Hate and Extremism, said the incident is a teachable moment for both the students and administrators at the school who he contends waited too long to address the issue publicly. He said the video was “chilling” and a “vile expression of Nazi bigotry.”
“When we have a fragmented society with an increasingly coarse and manipulative social media with a dose of ignorance and white nationalism, this is what’s regarded as OK,” Levin said. “That’s why the school has to address this. It’s a representation of their institution.”

Of course in all of these reports, we read about how the ADL (which was formed to protect jewish child rapist and murderer Leo Frank) says that anti-semitic incidents are on the rise. Hey Schlomo, what’s a bigger threat to a young White girl – being at a “Nazi” party with boys of her own age and race or associating with some of the pillars of the jewish community like Jeffrey Epstein, Woody Allen, or Roman Polanski? Just asking.
There was also another recent incident involving “sieg heiling” on a roller coaster, which again shows how little American youth cares about the kvetching of jewish supremacists. 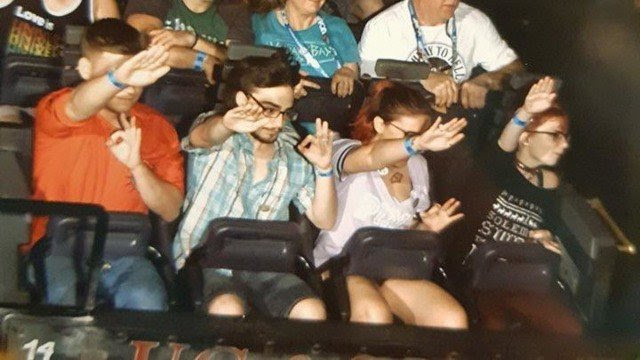 The photo was taken during Universal’s Passholder Appreciation Night on Sunday, Aug. 18. It was posted to Universal Orlando’s Annual Passholder facebook group before being removed for being offensive and hateful.
A Universal spokesperson told Spectrum News 13:

Hate has no place here — and we have no tolerance for any display of hatred within our destination… We stand for diversity, inclusion and respect. Any guest using hate speech or displaying hate symbols will be immediately removed from our destination and not allowed to return.”

The youth are able to see the punishments associated with being a “Nazi,” yet they still pose for photos and take videos of their actions regardless. Perhaps they realize, as White people, that their future has been stolen from them and they do not really have the same prospects for a happy and secure life like their parents did. They see that jews took this all from them, and do not really feel like they have much to lose by causing some kvetching, and a whole lot of amusement to be gained. Isn’t it amazing how raising your arm with your hand open can cause international outrage?
apparently holocaust indoctrination need more young americans