Showing posts from August, 2019
Show all

- August 31, 2019
https://www.rawstory.com/2019/08/trumps-awful-labor-day-trifecta-attacking-workers-social-security-and-government-itself/?utm_source=&utm_medium=email&utm_campaign=1316 Labor Day is a holiday designed to honor America’s workers. Instead, Donald Trump continues to attack them. Indeed, his administration is in the midst of a stealth effort that not only attacks workers but also our earned Social Security benefits and our federal government. The long-term goals of Trump and his Congressional allies are to destroy the labor movement, wreck the federal government, and end Social Security. That may sound hyperbolic, but it is not. Trump’s latest stealth attack is not only anti-union, it will eventually make it so difficult to access Social Security benefits that some beneficiaries (particularly those attempting to qualify for their earned Social Security disability benefits) never receive them at all. Others will eventually claim their benefits, but only after an unnecessarily bu
Post a Comment
Read more

https://dailyarchives.org/index.php/news/2633-twitter-ceo-jack-dorsey-s-twitter-account-was-hacked-to-send-out-tweets-with-phrases-like-hitler-is-innocent Twitter CEO Jack Dorsey's account was apparently hacked by a group called the Chuckling Squad. ( Business Insider ) The hacker posted a series of "offensive messages" from Dorsey's including racial fun and "anti-Semitism". It took Twitter approximately 15 minutes to delete the "inappropriate tweets" from Dorsey's account, and it's still not clear how the hackers gained access. The group shared also a link to a Discord messaging server, but Discord deleted the server within minutes. The hacked tweets were apparently sent using an SMS messaging service called Cloudhopper. Twitter acquired Cloudhopper in 2010 but the service is no longer available to the public. However Dorsey apparently used a version of the service earlier this year, though most of his tweets are sent from
2 comments
Read more 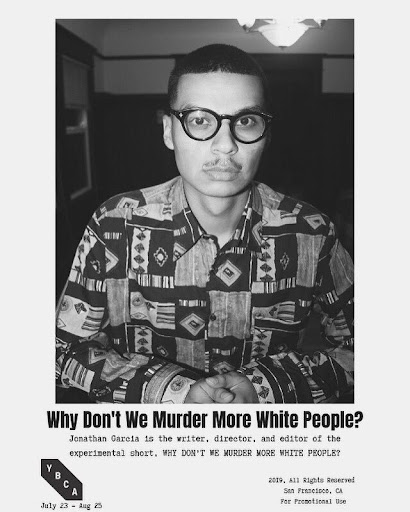 http://www.renegadetribune.com/taxpayer-money-funds-screening-of-why-dont-we-murder-more-white-people-in-san-francisco/ Propaganda openly promoting White genocide is considered high art in any country ruled by ZOG, which is pretty much every country where White people reside. From July 23rd to August 25th the  Yerba Buena Center for the Arts  in San Francisco, which is a public museum, screened “Why Don’t We Murder More White People” by Jonathan Garcia. The film is eleven minutes long and was being featured on Youtube. Garcia’s film has since been removed, not by Youtube and its ADL censorship team (as they obviously endorse the message), but by its currently scrutinized creator. The film, which I have not had the “privilege” of watching, is apparently “ an examination of whiteness, its unassailable immortality, and how it permeates our daily lives.”  I assume the anti-White idiot meant “unassailable immorality,” but perhaps he actually thinks that Whiteness will live fo
Post a Comment
Read more

- August 31, 2019
http://www.renegadetribune.com/idaho-ordered-to-pay-for-pedophile-sex-offenders-gender-reassignment-surgery/ By  Zero Hedge The state of Idaho has been ordered by the US 9th Circuit Court of Appeals to pay for a prison inmate’s gender reassignment surgery. Adree Edmo, 31, is currently incarcerated at the Idaho State Correctional Institution after pleading guilty to sexually abusing a 15-year-old boy at a 2012 house party. The same year, he was diagnosed with  gender dysphoria . For the past seven years, the prison has provided Edmo with hormone therapy. Now,  Edmo wants his penis turned into a vagina – and Idaho taxpayers get to pay for it , according to the  Washington Examiner . “Hormone therapy has not completely alleviated Edmo’s gender dysphoria,” the court ruled – adding that his penis continued to cause him distress. “Edmo testified that she feels ‘depressed, embarrassed, [and] disgusted’ by her male genitalia and that this is an ‘everyday reoccurring thought.’,
Post a Comment
Read more

- August 31, 2019
http://www.renegadetribune.com/the-world-heavyweight-championship-riyadh-follows-israels-lead-in-whitewashing-its-war-crimes/ By  Gavin O’Reilly When it was announced earlier this month that the high-profile rematch between former world heavyweight boxing champion Anthony Joshua and his conqueror Andy Ruiz would take place in  Saudi Arabia , the news came as a surprise but not a complete shock to sports fans. Although not as high profile a fight venue as Madison Square Garden or Las Vegas, several high profile bouts have taken place in the oil-rich desert kingdom over the past year; English Boxer Callum Smith defeated fellow countryman George Groves in front of a Jeddah crowd in September 2018 to claim the super-middleweight world title, and former light-welterweight world champion Amir Khan knocked Australian Billy Dib out in four rounds in April of this year at the same King Abdullah Sports City venue. The magnitude of these fights pales in comparisons to that of the upcom
Post a Comment
Read more

- August 30, 2019
https://www.jta.org/2019/08/29/politics/ny-countys-republican-ad-warns-of-a-hasidic-takeover?utm_source=JTA%20Maropost&utm_campaign=JTA&utm_medium=email&mpweb=1161-13125-19708 ( JTA ) — A Facebook campaign ad from an upstate New York county’s Republican Party has been slammed as anti-Semitic and “deeply disturbing.” Titled “A storm is brewing in Rockland,” the video takes aim at the large and growing Hasidic Jewish community in the county, the specter of “overdevelopment” and a proposed yeshiva campus. The video, which appeared to have been removed on Thursday morning, features menacing music, the slogan “If They Win, We Lose” and a warning that “they” will “change our way of life.” “Aron Wieder and his Ramapo bloc are plotting a takeover,” the video intones, referring to a Hasidic legislator representing a Rockland County town with a large Orthodox population. The ad warns that “chaotic development” and redistricting threaten “our” home, schools, families — and
3 comments
Read more

- August 30, 2019
https://www.jta.org/2019/08/29/politics/moldovas-jews-feel-an-anti-semitic-backlash-after-a-corrupt-jewish-politician-flees-to-israel?utm_source=JTA%20Maropost&utm_campaign=JTA&utm_medium=email&mpweb=1161-13125-19708 CHISINAU, Moldova ( JTA ) — Given enough vodka, some of Shimon Katz’s non-Jewish acquaintances here usually bring up a name that has complicated his relationship with them. That name is Ilan Shor, and it belongs to a Jewish businessman-turned-lawmaker who is  believed  to have fled to Israel to escape corruption charges. For most of the some 3,000 members of Moldova’s Jewish population, including Katz, Shor’s Jewishness is irrelevant to his record of local largess on the one hand and alleged corruption on the other. “Shor isn’t even Jewish in any sense other than genetic,” said Katz, a metal parts factory owner who has never met Shor. “Shor has renovated several churches but not a single synagogue, as far as is known. I don’t consider that man a part
Post a Comment
Read more

https://dailyarchives.org/index.php/reports/2631-swastikas-n-word-nigger-spray-painted-on-arlington-businesses Arlington police are searching for whoever painted a swastika and the "n-word" (nigger) on businesses and signs. ( Fox News ) The painting happened in an area near E. Arkansas and New York Avenue in East Arlington. Many of the businesses in the area are negro-owned. Arlington Police Chief Will Johnson said the case is being treated as a "hate crime" and officers are going through the area to search for any information or clues. "It’s clear to me that it was a hate crime and it was biased-based symbols and words trying to prompt a community reaction, in which it has," Johnson said. One of the businesses tagged was a daycare center. "Having to go into somewhere where they are supposed to feel safe and seeing this the first thing in the morning, it’s so sad," said one woman, who asked to remain unnamed. "It’s nothing
Post a Comment
Read more

- August 30, 2019
http://www.renegadetribune.com/david-irving-lies-of-the-nuremberg-trials/ David Irving discusses how the Nuremberg trials were far from the just and fair political process most historians paint them as. Bitchute link
Post a Comment
Read more

- August 30, 2019
http://www.renegadetribune.com/wave-of-israeli-terrorism-reaches-iraq-threatens-regional-war/ By  Tim Anderson Having launched hundreds of attacks on Syria, while Damascus was distracted by its anti-terrorism operations, Israel has unleashed a wave of terrorism through drone attacks on Iraq’s popular mobilization forces (Hashd al Shaabi), followed by attacks on Lebanon, Syria and Gaza. In most cases the pretext is ‘Iran’, though Israel has not yet had the courage to mount open attacks on the region’s largest independent state. However, in the past, Mossad has assassinated some of Iran’s nuclear scientists, as detailed in Ronen Bergman’s 2018 book  Rise and Kill First . Washington’s state media (Radio Farda) reported Israeli leader Benyamin Netanyahu saying, after two attacks on the PMF in Iraq, that “Iran has no immunity anywhere … We will act – and currently are acting – against them [Iran], wherever it is necessary”. Most have taken this as an admission. It is the same ra
Post a Comment
Read more
More posts