Recent budget cuts by the Trump Administration slashed funding for the US Department of Agriculture’s annual Honey Bee Colonies report that has recently detailed a collapse in the bee population across the nation. Now researchers will be observing a new study, one that hasn’t been affected by spending cuts, shows beekeepers lost 40.7% of their bee colonies from April 2018 to April 2019. 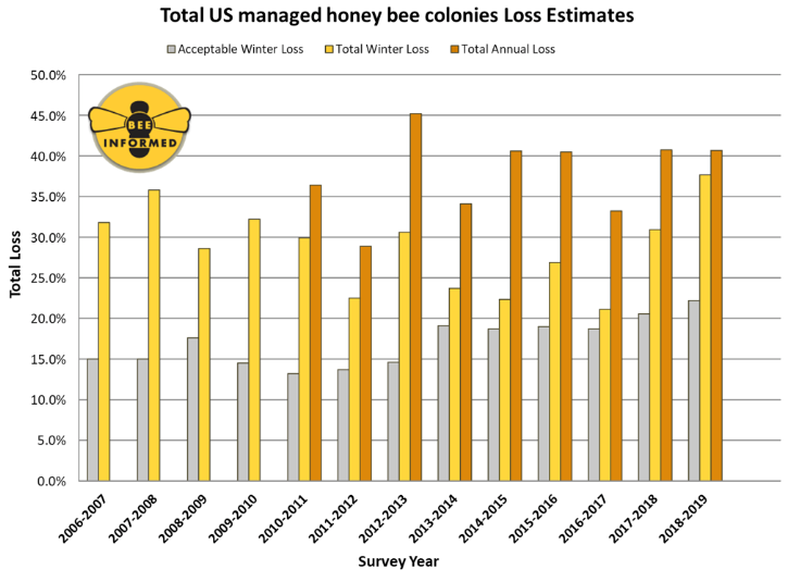 The nationwide survey administered by the University of Maryland-led nonprofit Bee Informed Partnership warns of declining honey bee populations, could soon have an impact on food crops because these pollinating insects play a significant role in the pollination of plants. 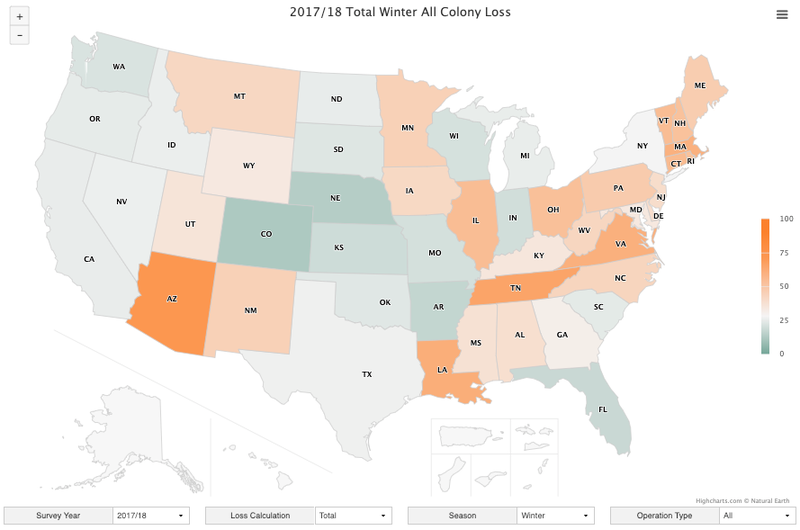 Survey results reveal the annual loss of 40.7% honey bees, a marginal increase over the yearly average of 38.7%. The study noted that the winter losses were the highest since the survey began 13 years ago.

“These results are very concerning, as high winter losses hit an industry already suffering from a decade of high winter losses,” said Dennis vanEngelsdorp, associate professor of entomology at the University of Maryland and president for the Bee Informed Partnership.

The survey asked more than 4,700 beekeepers managing 320,000 colonies from all 50 states and the District of Columbia, represents about 12% of the nation’s estimated 2.69 million managed colonies.
One of the most significant concerns respondents had about the winter colony losses is varroa mites, an external parasitic mite that attacks and feeds on the colony. “We are increasingly concerned about varroa mites and the viruses they spread, said vanEngelsdorp. “Last year, many beekeepers reported poor treatment efficacy, and limited field tests showed that products that once removed 90% of mites or more are now removing far fewer. Since these products are no longer working as well, the mite problem seems to be getting worse,” vanEngelsdorp said.

“But mites are not the only problem,” continues vanEngelsdorp. “Land use changes have led to a lack of nutrition-rich pollen sources for bees, causing poor nutrition. Pesticide exposures, environmental factors, and beekeeping practices all play some role as well.”

The ten-year trend of elevated losses have sent researchers scrambling to investigate what exactly is causing colonies to collapse, adds Geoffrey Williams, assistant professor of entomology at Auburn University and co-author of the survey. “We don’t seem to be making particularly great progress in reducing overall losses.”

State and federal agricultural agencies, university researchers, and the beekeeping industry have been working diligently to solve the bee crisis since they first discovered a dramatic loss in colonies about a decade ago.
Along with defunding honey bee surveys, the Trump administration has also allowed the Environmental Protection Agency (EPA) to expand the use of insecticides, once banned under the Obama administration. 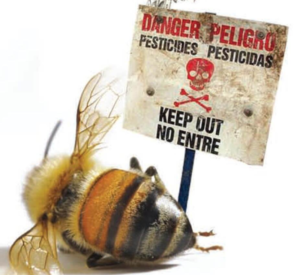 The EPA reported last week that some of these toxic chemicals are “highly toxic” to honey bees, forcing the agency to require manufacturers of these chemicals to print new statements on the package that reads:

“This product is highly toxic to bees and other pollinating insects exposed to direct treatment or to residues in/on blooming crops or weeds. Protect pollinating insects by following label directions intended to minimize drift and reduce pesticide risk to these organisms.”

While researchers aren’t exactly sure what is specifically collapsing bee colonies in large amounts, any more significant losses through the mid-2020s could transpire into widespread crop losses that could trigger food shortages across the US.
Tyler Durden / Zero Hedge
40 percent beekeeprs colonies finds honeybee last year lost new survey