(ZH) A ‘noose’ found last month at the University of Michigan Medical School turns out to have been a practice knot used in fishing after an employee came forward to ‘clear the air,’ according to MLive.

An investigation by UM’s Division of Public Safety and Security concluded the spool rope used for medical procedures was being used by a person on a break to practice tying a “Uni Knot,” which is a type of knot used for fishing. After the spool was returned to the storage area, the knot was still in place and discovered the following day by an employee. –MLive 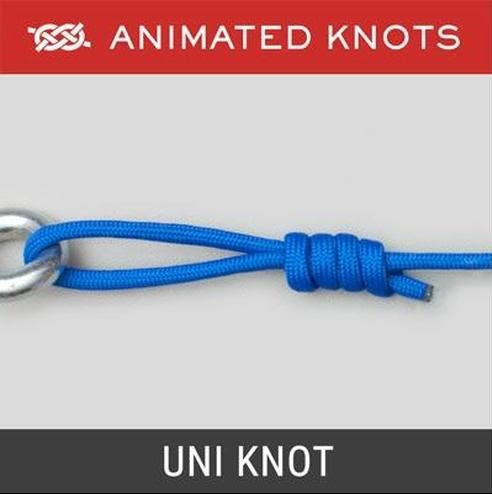 The ‘noose’ was fashioned out of a rope typically used for traction following surgical procedures, according to DPSS Director of Strategic Communications Heather Young, who noted that the loose end of the rope was tied in the knot while still connected to the spool.
Not one to hedge his language amid an ongoing investigation, UM Medical School Dean Marschall Runge said in an employee email following the June 20 discovery of the ‘noose’: “Yesterday, in one of our hospitals, a noose — a symbol of hate and discrimination — was found at the work station of two of our employees,” adding “We have taken immediate action to have this investigated as both an act of discrimination and a criminal act of ethnic intimidation. This act of hate violates all of the values that we hold dear and will not be tolerated.”
‘It was the friends we made along the way…’
Without acknowledging that he participated in ‘sewing racial discord’ with false assumptions, Runge now says  that while the incident has affected the entire community, it united people in their hatred of hate (and hate-shaped fishing knots?).
“Our community came together to support each other, reaffirmed our stance against hate, and began having open dialogues about this incident and ways to make our community more inclusive,” he said in a follow-up email.
“We continue to stand strong as we make it clear to all that this organization — its leaders, faculty, staff and learners — fiercely values and defends equality, inclusiveness, respect and dignity for all, and the elimination of discrimination and intimidation in all forms.”
In short, the whole noose incident managed to bring the community together. And in case you’re interested in learning the Uni Knot, see below:
This article originally appeared on Zero Hedge.
dean fishing knot practice noose racism trade turns out to be UMiich