Writers at “respectable” outlets are able to say the most vile things about White people with any real consequences. If any of these writers were actually to defend White people against the continuous anti-White onslaught, they would soon find themselves out of work.

To learn who is being oppressed, simply find out who you are not allowed to support.” – me

Kevin Drum is a “prolific” writer over at Mother Jones, having penned a plethora of pieces, such as “How Not to be an Anti-Semite.” One of his recent pieces caught my attention for how in-your-face the agenda is.
In his recent article titled “Liberals Need to Be Lincolnesque In Our Latest Race War,” Drum makes some bold statements.

If working-class whites abandon [Republicans] even a little bit, they’re toast. So all we can do is try to crush them. What other options are there? Reactionary American whites, as always, won’t give up their power unless it’s taken from them by either a literal or figurative war. Liberals need to be as Lincolnesque as possible in this endeavor—we don’t have to win the votes of unrepentent bigots, just the fretful fence-sitters—but we also need to be Lincolnesque in our commitment to winning America’s latest race war.

Drum thinks it is perfectly acceptable to advocate taking “power” (ie, life) from White people in a full-on real race war. He is thinking about ways to win the race war, while most White Americans still do not realize that one is even taking place. Since White people are not really even fighting back, and since the government, media, banks, etc. are on the side of the anti-Whites, it does not even seem accurate to call this a war at all. It is White genocide that is taking place, and it is being instigated by jews.
To show just how incendiary Drum’s statements are, let’s replace “Whites” with “jews” (and throw Hitler in the mix) and think about how well the statement would go over in the “politically correct” world.

If working-class jews abandon Republicans even a little bit, they’re toast. So all we can do is try to crush them. What other options are there? Reactionary American jews, as always, won’t give up their power unless it’s taken from them by either a literal or figurative war… but we also need to be Hitleresque in our commitment to winning America’s latest race war.

Of course such a statement would result in a writer being fired from every publication, whether it is on the left or the right. It would never even be published in the first place.
Drum is calling for his liberal readers to win the race war against White people, but somehow he is able to pretend to be an anti-racist and people just go along with it. Don’t forget that according to people like this, non-Whites are incapable of being racist toward White people 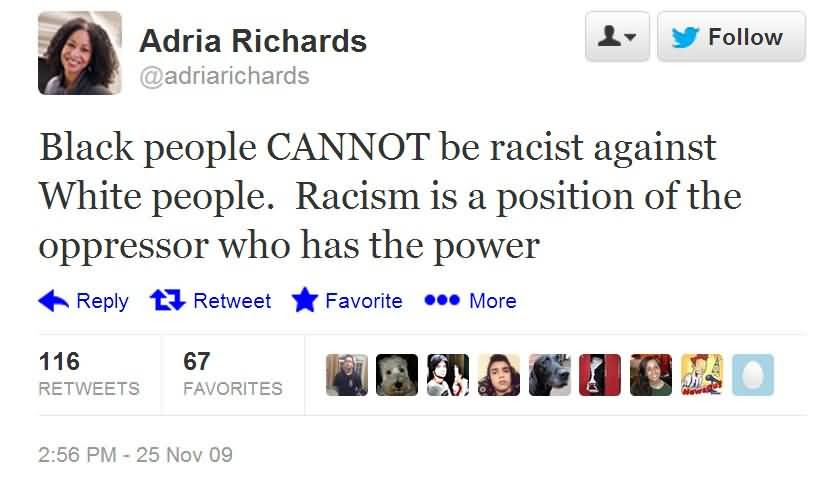 Facebook even recently changed its rules so that users could get away with making death threats and inciting mass violence against “hate” individuals and groups (ie, anyone who is pro-White and/or anti-jewish).
They changed their rules again after there was something of an uproar, but this has been the defacto position of most big tech companies. You can say the most vile things against White people and you will be allowed to have free reign, but if you replace “Whites” with any other group and say the same exact thing, then you will be given the boot.
If there was an actual race war (and not just state-sponsored White genocide) taking place, then these people constantly advocating for discrimination and violence against White people who be a little bit more afraid to run their mouths than they apparently are.
american whites crushed Kevin drum mother jones race war reactionary