“The First Swedes” is a documentary that was put out this year by SVT, a national broadcaster funded by the Swedish taxpayers. It tells a ridiculous story about dark-skinned hunters and gatherers with blue eyes, who left the south at the end of the Ice Age and moved to Scandinavia, where they mingled with immigrants from the east to create the ancestors of the modern Swedes.
The documentary was obviously met with a good deal of backlash from Swedes, who remain unconvinced that their ancestors were negroids with blue eyes, despite all the “scientific” evidence. Both RT and Sputnik covered this story, essentially presenting the insane (((theory))) as if it was true and making the unconvinced Swedes seem like ignorant bigots. Cultural marxism has always been a favorite export for the “former” Soviet Union, but according to this propaganda piece from the Sochi Olympics, the founders of Russia were definitely not negroids.
RT reports:

The documentary will look at DNA technology which has revealed more about how Sweden was populated after the Ice Age and detailing how the first pioneers in the country were dark-skinned with blue eyes and came from the south.

Another population of people who had paler skin and a variety of eye and hair colors arrived around the same time from the east. The two peoples are thought to have mixed fairly quickly, and Nordic people eventually became lighter skinned, allowing them to increase their vitamin D production to survive in the dark winters.

Some Twitter users took the information advertised in the documentary as some sort of conspiracy aimed at making people more open to immigration. “Indoctrination continues,” one said.

Yes, of course this is indoctrination to get people to accept “dark-skinned brothers and sisters” from the south.
Now onto the Sputnik article:

Mattias Jakobsson, a professor of genetics at Uppsala University and a researcher of the Atlas project, which aims to map the genome of Sweden’s early population, stressed that unlike present-day Swedes, their ancestors had dark skin, as a legacy of their African origin.

Sputnik features some of the comical reactions to these “revelations” about the First Swedes, such as this photoshopped image of Dagens Nyheter, a large Swedish headline, with the headline “Vikings were African gays” and caption “Expert: Swedes are dumb and don’t exist”.
Journalist Ingrid Carlsson tweeted:

The BBC has been doing this for a long time, for homogeneous Sweden to be portrayed as populated by black people is too outlandish to be true.”

Some Swedes were quick to point out that the BBC tried pulling the same stunt with the British people last year, when they claimed that analysis of “Cheddar man” revealed that the 10,000 year old skeleton actually had dark skin, which means that the “First Brits” were really negroids too! 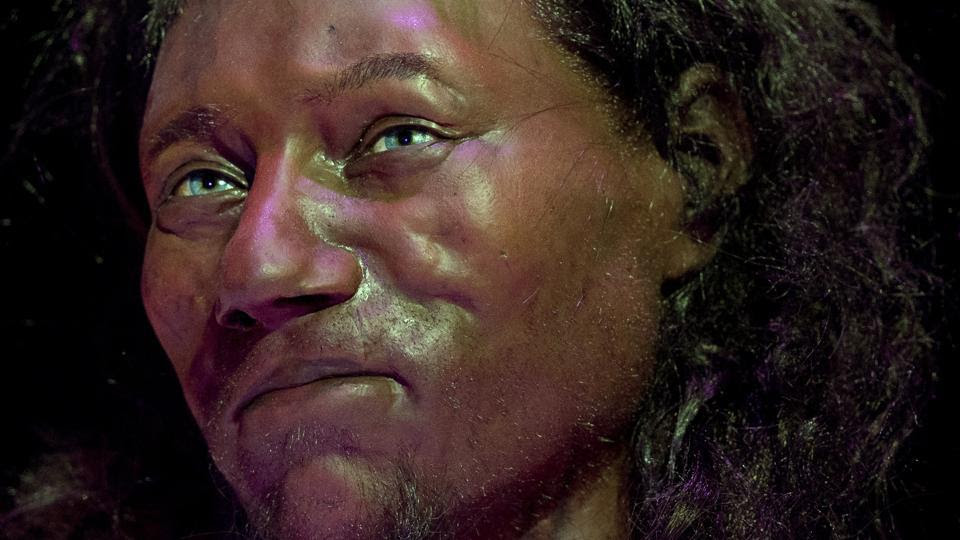 The sad thing is that many people will not be able to see this for the obvious anti-White propaganda that it is.
blue eyes documentary first swedes negroids swedish

- February 15, 2019
https://www.alternet.org/2019/02/fox-news-sean-hannity-dictated-trumps-national-emergency-plan-and-his-next-demands-are-even-more-frightening/ Fox News host  Sean Hannity  published an op-ed on Wednesday laying out exactly how he thought President Donald Trump, to whom he serves as an informal adviser, should move forward with congressional border security negotiations: Step one: The president signs the deal, and uses the $1.375 billion as a downpayment for the wall. Step two: President Trump has identified some $900 million for additional construction that is already available for the administration’s discretion. That would bring the pot to about $2.3 billion. Step three: This needs to happen simultaneously, and it has the president declaring a national emergency. This is the time. And on Friday, Trump followed the instructions obediently, suggesting Hannity’s influence over the White House could be near-absolute. In light of that fact, Hannity’s other recent dema
Read more