There’s a reason why we call them jewish supremacists. It’s not just a cute way to turn the tables on the jews kvetching about White supremacists – it’s literally what they are!
Israeli media is reporting that two yeshiva rabbis at a pre-military religious academy in a West Bank settlement have been filmed teaching their jewish students about how non-jews are genetically inferior and deserve to be slaves to jews.
From The New Observer:

The rabbi’s lectures—given to Jews preparing to enter the Israeli military—were first broadcast on Israel’s Channel 13 TV station, but were translated into English by the Times of Israel. The David pre-army IDF preparatory yeshiva was opened 25 years in the illegal settlement of Eli. Many of its graduates hold high ranks in the Israeli Defence Forces, and former Israeli President Shimon Peres called it a “pride of the country.” In the film released by Channel 13, Rabbi Eliezer Kashtiel, the head of the Bnei David academy, can be heard calling for the enslavement of the “stupid and violent” non-Jews due to their genetic inferiority.

Let’s take a look at the quotes from Rabbi Kashtiel:

The gentiles will want to be our slaves. Being a slave to a Jew is the best. They’re glad to be slaves, they want to be slaves. Instead of just walking the streets and being stupid and violent and harming each other, once they’re slaves, their lives can begin to take shape.
All around us, we are surrounded by peoples with genetic problems. Ask a simple Arab ‘where do you want to be?’ He wants to be under the occupation. Why? Because they have genetic problems, they don’t know how to run a country, they don’t know how to do anything. Look at them.”

Yet we get lectured to about “racism” from these people? Kashtiel continues:

Yes, we’re racists. We believe in racism… There are races in the world and peoples have genetic traits, and that requires us to try to help them. The Jews are a more successful race.”

Rabbi Giora Redler was also filmed lecturing about how Hitler was right, but that he was just on the wrong side. We all know that Hitler’s words were true, but he was definitely not on the wrong side, especially as we now see the fruits of the jewish labors since they won WWII.
After the videos were released, the rabbis claimed that they being were taken out of context and that this was just a smear campaign by the media. So let’s put their quotes in context for them.
Does any of this jewish supremacism really surprise anyone who has been paying attention? We have quote after quote from leading jewish supremacists saying just as much. For example, Rebbe Schneerson, the former head of Chabad, says that Gentile souls emanate from three Satanic spheres.

There is also the former Chief Sephardic Rabbi of Israel laying out the jewish plan for enslavement of the “goyim.”

It brings to mind a quote from the “hackers” who broadcast out their message in They Live, which could be interpreted as a critique of jewish supremacists:

We could be pets, we could be food, but all we really are is livestock. 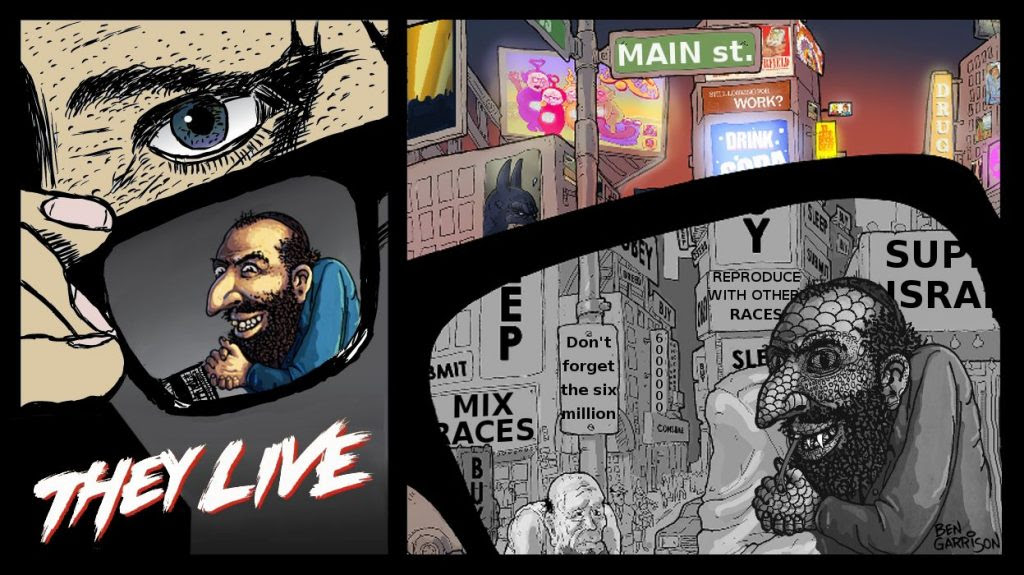