One of the claims made about alleged Russian interference in the 2016 U.S. election was that Kremlin-controlled entities were using fake identities to create dissension and confusion on social network sites. This should surprise no one, if it is true, as intelligence operatives have been using false names since Sumerian times.
The concern over fake identities no doubt comes from the deception involved, meaning that if you are dealing with a real person you at least have some handle on making as assessment of what something means and what is likely to occur. A false persona, however, can pretend to be anything and can advocate or do something without any yardstick to measure what is actually taking place. In other words, if Mike Pompeo says something you know that he is a liar and can judge his words accordingly but if it is someone otherwise unknown named Qwert Uiop you have to wonder if he or she just might be telling the truth. You might even give them the benefit of the doubt.
A prime example of a false internet persona has recently surfaced in the form of an alleged “activist” invented by the Iranian terrorist group Mojahedin e Khalq (MEK). MEK is a curious hybrid creature in any event in that it pretends to be an alternative government option for Iran even though it is despised by nearly all Iranians. At the same time, it is greatly loved by the Washington Establishment which would like to see the Mullahs deposed and replaced by something more amenable to western and Israeli worldviews. 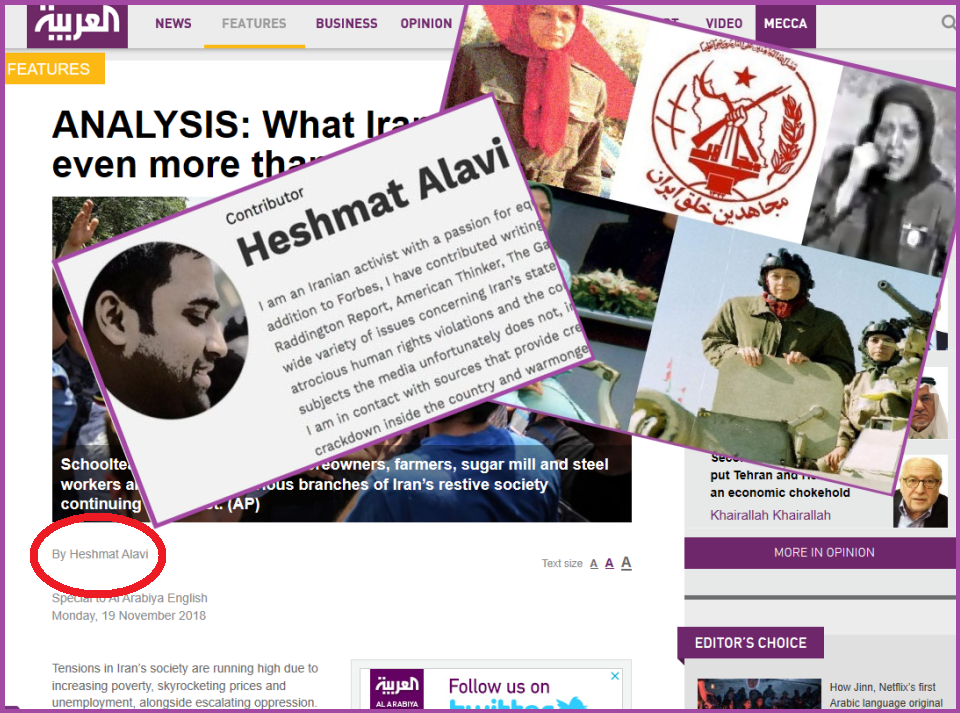