Showing posts from June, 2019
Show all

What if the National Socialists Won WWII and Took Over America?

https://dailyarchives.org/index.php/opinion/943-what-if-the-national-socialists-won-wwii-and-took-over-america A new television series based on the novel The Man in the High Castle by Philip K. Dick is soon to be released on Amazon video. The events depicted in the book, as well as the show, take place in 1962 in an alternative reality where the Nazis had won the Second World War and then along with the Japanese invaded and conquered America. The pilot of the show has been available free for some time now, for promotional and screening purposes. Despite being visually well done, it is pretty awful. The world in it, of course, is shown to be a nightmarish dystopia, in line with the mainstream historical narrative that the Nazis were the most evil people who ever lived. Would things really be so bad if the allies had lost that war though, taking into account what, thanks to the internet, are now easily accessible facts about those events and what National Socialism was really
Post a Comment
Read more

https://dailyarchives.org/index.php/opinion/228-leader-of-personal-sacrifice-adolf-hitler National Socialism, like every revolutionary movement, is fueled by personal sacrifice. Our movement is unique in that not only did our leader set an example of personal sacrifice during the struggle for power, but did so throughout his entire life. When Hitler was just a young man he signed over his orphan pension to his younger sister, Paula, and then struck out on his own to survive in a hostile world, where his daily bread had to be bitterly won. This early example of putting the needs of others before himself was constant in his life. During World War One, Hitler shared all the hardships of the common soldiers. His regiment was bled white at the front. As its strength declined, each man was called upon to do more. No man ever did more than Hitler. He constantly volunteered for extra duties, took the most hazardous assignments, and narrowly missed death dozens of times. It was as if
Post a Comment
Read more

http://www.renegadetribune.com/swedish-documentary-claims-first-swedes-were-negroids-with-blue-eyes/ “The First Swedes” is a documentary that was put out this year by SVT, a national broadcaster funded by the Swedish taxpayers. It tells a ridiculous story about dark-skinned hunters and gatherers with blue eyes, who left the south at the end of the Ice Age and moved to Scandinavia, where they mingled with immigrants from the east to create the ancestors of the modern Swedes. The documentary was obviously met with a good deal of backlash from Swedes, who remain unconvinced that their ancestors were negroids with blue eyes, despite all the “scientific” evidence. Both RT and Sputnik covered this story, essentially presenting the insane (((theory))) as if it was true and making the unconvinced Swedes seem like ignorant bigots. Cultural marxism has always been a favorite export for the “former” Soviet Union, but according to this  propaganda piece  from the Sochi Olympics, the founde
Post a Comment
Read more

“German” Intelligence Kvetches About Rise of “Anti-semitism” in Occupied Germany 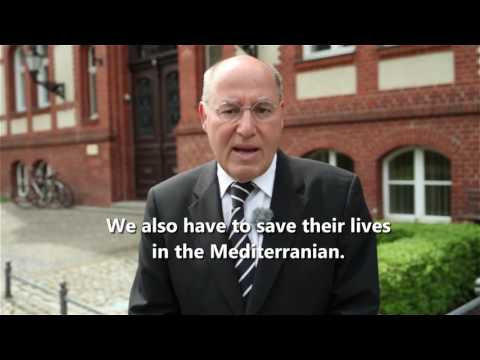 http://www.renegadetribune.com/german-intelligence-kvetches-about-rise-of-anti-semitism-in-occupied-germany/ The  Associated Press is reporting  that occupied Germany’s domestic intelligence agency BfV ( Bundesamt für Verfassungsschutz)  is growing alarmed about the increase in anti-semitism and an associated rise in “far-right extremists.” The BfV agency is claiming in its annual report, which was released Thursday, that the number of “anti-Semitic” violent acts is up to 48, from 21 the previous year, which is an increase of 71.4%. Do they even keep track of the number of anti-German attacks that take place due to the immigrant invasion that occupied Germany’s politicians welcomed in? Just like with World War II, the immense suffering of the Germany people does not matter; the only thing with which we should concern ourselves is the alleged (and massively debunked) suffering of jews and other minorities. BfV is also claiming that the number of “far-right extremists” (i.e.,
Post a Comment
Read more

- June 28, 2019
https://www.jta.org/quick-reads/miriam-adelson-hopes-there-will-be-a-biblical-book-of-trump ( JTA ) — It isn’t news that Sheldon and Miriam Adelson are big fans of President Donald Trump. The Republican mega-donors gave millions to Trump’s presidential campaign in 2016. But Miriam Adelson took it one step further on Thursday. The Israeli-American physician compared the president to biblical prophets in an article in which she asked why he has not enjoyed higher support among American Jews. “That this has not been the case (so far, the 2020 election still beckons) is an oddity that will long be pondered by historians,”  Adelson wrote in an an article for Israel Hayom , of which she is the publisher. “Scholars of the Bible will no doubt note the heroes, sages, and prophets of antiquity who were similarly spurned by the very people they came to raise up.” She went on to say she wished there would be a biblical book named after Trump in the future. “Would it be too much to p
Post a Comment
Read more

- June 27, 2019
https://www.jpost.com/Israel-News/Russia-interferes-with-Israeli-air-navigation-amid-historic-trilateral-Army-Radio-593849 Senior Israeli officials say they believe that Russia has been disrupting civilian aircraft navigation systems for the past three weeks, according to reports released Thursday morning. Army Radio called the move a “hostile attack.” The Airports Authority announced on Wednesday that pilots were having difficulty landing, experiencing mysterious disruptions. To resolve the issue, Israel has sent a defense official to Russia to discuss the disruption, Army Radio reported. Russia has denied the report. Despite the interference, the Airports Authority was able to ensure safe landings for its incoming planes. “As a result of the disturbances, changes were made in some of the entry procedures for landing to ensure safety; these are procedures used daily in airports around the world,” the authority said in a statement. “At no stage was there a safety incident rel
Post a Comment
Read more

- June 27, 2019
President Franklin Roosevelt  famously remarked  about attacks on Social Security, “It is an old strategy of tyrants to delude their victims into fighting their battles for them.” We can see that strategy at work today. The “tyrants” are the billionaire class, ideologically opposed to contributing their fair share to the common good, and the politicians they finance. Those powerful forces are working surreptitiously to frame a narrative that so-called greedy geezers are to blame, selfishly taking for themselves at the expense of their grandchildren. Former Senator Alan Simpson (R-WY), who has used the term “greedy geezer” so often that many think he coined the term, said about seniors fighting cuts to Social Security, “[W]ho are the people howling and bitching the most? The people over 60… Those people… don’t care a whit about their grandchildren… not a whit.” The goal of Simpson and his billionaire cronies is to convince younger generations to fight older generations over scraps, rath
Post a Comment
Read more
More posts