(MEMO) US President Donald Trump on Sunday threw his support behind Israel amid ongoing airstrikes in the blockaded Gaza Strip, reports Anadolu Agency.

“Once again, Israel faces a barrage of deadly rocket attacks by terrorist groups Hamas and Islamic Jihad. We support Israel 100% in its defense of its citizens,” Trump tweeted.
Since Saturday, 25 Palestinians, including two pregnant women and two infants, were killed and more than 100 others wounded by Israeli airstrikes.
“To the Gazan people — these terrorist acts against Israel will bring you nothing but more misery. END the violence and work towards peace – it can happen!” he said.
READ: US may review ties with countries deemed anti-Israel
The escalation in the Gaza Strip started when four Palestinians were martyred, including a teenager, and 51 wounded on Friday in Israeli army attacks on Hamas-affiliated sites and a separate attack on a rally against the decade-long occupation and siege of the Gaza Strip.

Once again, Israel faces a barrage of deadly rocket attacks by terrorist groups Hamas and Islamic Jihad. We support Israel 100% in its defense of its citizens....

Donald J. Trump
✔@realDonaldTrump
....To the Gazan people — these terrorist acts against Israel will bring you nothing but more misery. END the violence and work towards peace - it can happen!

25.4K people are talking about this 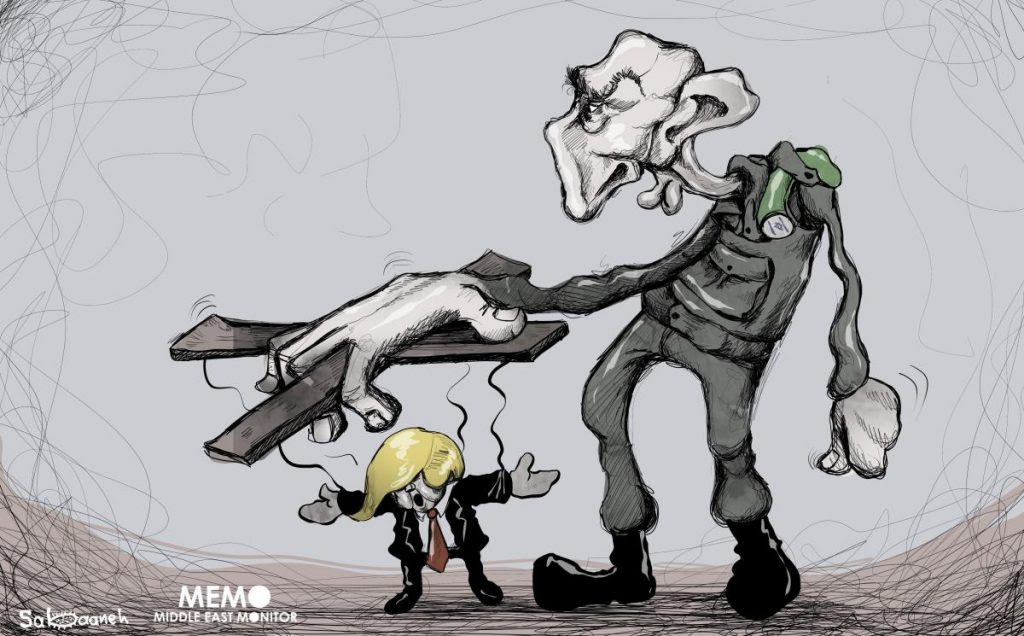