The Swedish government is looking into the possibility of forbidding the use of Norse runes, local media has reported, amid Jewish-Liberal concerns that the ancient symbols have been "misappropriated by neo-Nazi groups".
(RT)
Justice Minister Morgan Johansson is currently investigating whether or not runes should be banned in Sweden as a way to deter hate groups, a Swedish website Samhällsnytt reported. His is expected to make a recommendation on the matter by the end of May.
If Johannsson decides to move forward with legislation prohibiting the runes, the ban could potentially encompass all Norse symbols, imagery, and traditional jewelry.
The proposal has enraged many Swedes, who see Norse runes as part of their shared history. For those who identify as pagan or heathen, the potential ban has been interpreted as an assault on freedom of religion, which is guaranteed under the Swedish Constitution. The Nordic Asa-Community, the largest heathen religious group in Sweden, has spoken out against any government efforts to police Sweden’s ancient heritage, arguing that “prejudices and misunderstandings are best cured with knowledge and facts.”
The religious organization has warned that banning Norse runes in Sweden would “wipe out a part of own history, culture and beliefs – and our freedom of expression.”
Former parliamentarian and member of the right-wing Swedish Democrats, Jeff Ahl, expressed similar contempt at the idea of such a ban.
“Our government advocates multi-culturalism, but we must not have our own culture. What the government is doing now is trying to censor our own cultural heritage and blur our roots. Fifth column,” he tweeted.

112 ember beszél erről
Dozens of other Swedes flooded social media with comments expressing disbelief and contempt. One Twitter user even noted that she had several rune tattoos, and jokingly wondered if the government would pay for laser surgery to remove the images from her body.
A petition against the potential ban started by the Nordic Asa-Community had more than 11,000 signatures on Wednesday. The group is also holding a rally in Stockholm’s historic center on May 24.
While Nazi Germany and contemporary neo-Nazi groups have used Norse symbols for their flags and regalia, today runes are most commonly found on any modern phone or computer: The logo for Bluetooth, named after Harald Bluetooth, a Danish Viking age ruler, combines the runic equivalent of the letters “H” and “B”. 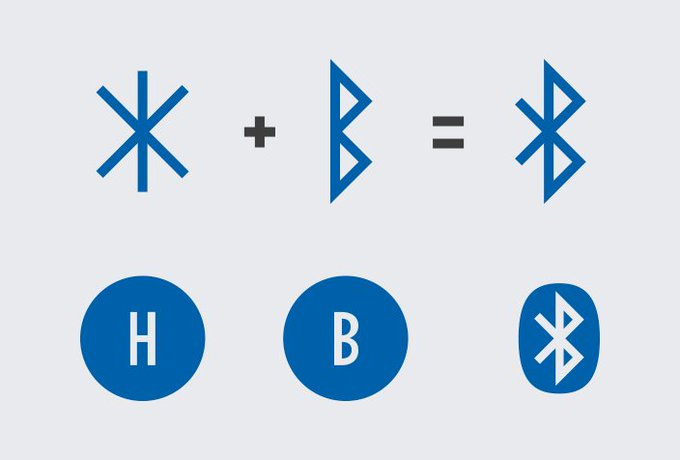 Festo US@Festo_US
Bluetooth was named after the 10th Scandivavian King Harald I. His runic initials can also be seen in the Bluetooth logo. #FunFactSunday
7
12:01 - 2017. febr. 5.