Showing posts from May, 2019
Show all

https://dailyarchives.org/index.php/reports/2493-no-verdict-in-trial-of-four-alleged-to-be-neo-nazi-terrorists The jury in the trial of four people alleged to have been members of the banned "neo-Nazi terrorist group" National Action has been discharged after failing to reach verdicts. ( The Guardian ) Alice Cutter, 22, and her fiance, Mark Jones, 24, both of Sowerby Bridge, near Halifax, West Yorkshire, both denied being members of National Action following its ban, in December 2016. Standing trial at Birmingham crown court alongside the pair, and facing the same charge, were Garry Jack, 23, of Birmingham, and 18-year-old Connor Scothern, of Nottingham. Jack and Scothern also denied any wrongdoing. The 11-member jury had been deliberating for more than 37 hours, but was unable to reach verdicts on any of the defendants. Discharging the jurors, the recorder of Birmingham, Judge Melbourne Inman QC, thanked them for their "hard work" in a trial that
Post a Comment
Read more

Racial Mixing is a Death Sentence

https://dailyarchives.org/index.php/opinion/2494-racial-mixing-is-a-death-sentence https://youtu.be/kWfOxVoOweU Biologically, the disappearance of a people, an ethnicity, or a race is achieved principally through others intermixing with its women, that is, with their wombs. ( National Vanguard ) The union of a woman of race X with a male of race Y is much more dangerous for race X than for race Y. For women are the biological and sexual reservoir of a race, a people, a genetic patrimony — not men. Indeed, a woman can only bear a limited number of children in her life, while man can generate a multitude with any number of fertile women. Demographers only define fertility and population renewal in terms of the number of children per woman, by maternity and not by paternity. This is why today we must as an even more serious problem to that of uncontrolled immigration of third world populations (which have a higher fertility rate) into the countries of Europe, namely the
Post a Comment
Read more

“Hitler is Coming” Note Left at Jewish Museum in Brooklyn

https://dailyarchives.org/index.php/news/2495-hitler-is-coming-note-left-at-jewish-museum-in-brooklyn A funny note reading “Hitler is coming” was found on a billboard designed for comments by visitors to the Brooklyn Jewish Children’s Museum. ( Jpost ) Police are investigating the note, left Thursday, as a "hate crime", a spokesperson told the New York Post. Visitors alerted police to the patriotic note at the Crown Heights museum. The city’s "hate-crime task force" took over the investigation, authorities said. Mordechai Lightstone, a Chabad rabbi, wrote on Twitter: "This is just awful. An interactive sign in front of the Jewish Children’s Museum in Crown Heights asking people how they would transform the world was defaced with Antisemitic graffiti!" Governor Andrew Cuomo said ibn a statement about the incident: "We have zero tolerance for anti-Semitism, discrimination or hate of any kind in New York, and no person should ever feel t
Post a Comment
Read more 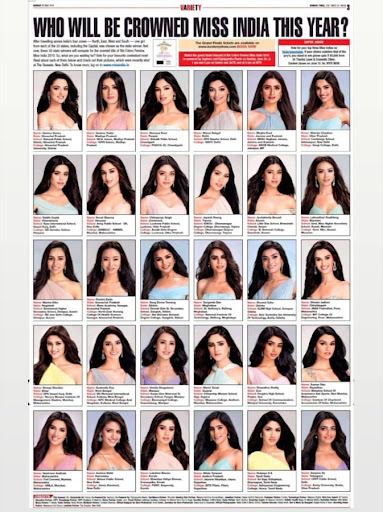 http://www.renegadetribune.com/racism-row-in-india-as-beauty-pageant-finalists-lack-diversity/ Not too long ago I covered the fact that the three major beauty pageant winners in the US are currently black women. While these women all have African heritage, dark skin, dark eyes, and dark hair, their victories are considered to be a big win for “diversity,” which really just means less White people. However, in India when beauty pageant finalists all have similar complexion, hair, and eyes, they are said to be sorely lacking in “diversity.” …instead of being able to enjoy their success, they have found themselves at the centre of a storm over a photo collage which, critics say, suggests the organisers are obsessed with fair skin. (BBC News) View image on Twitter Sameer Sewak @Naa_Cheese What is wrong with this picture? 940 11:50 PM - May 27, 2019 909 people are talking about this Twitter Ads info and privacy
Post a Comment
Read more

E. Michael Jones: “I Don’t Believe in White People, There’s No Such Thing as White People”

- May 31, 2019
http://www.renegadetribune.com/e-michael-jones-i-dont-believe-in-white-people-theres-no-such-thing-as-white-people/ “Logos is rising! Deus vult, my Christian comrades!” I am so tired of seeing E. Michael Jones and the anti-White Logos cult promoted everywhere.
Post a Comment
Read more 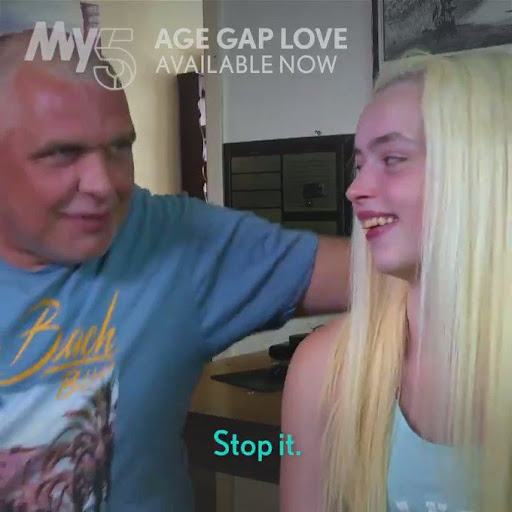 http://www.renegadetribune.com/mainstream-media-normalizing-pedophilia-in-reality-show-calling-it-age-gap-love/ By  Matt Agorist Last year,  TFTP reported  how a disturbing push was made to attempt to normalize pedophilia as a mainstream “sexual orientation.” The move involved pedophiles rebranding themselves as “Minor Attracted Persons,” with the hope that they will be accepted as part of the LGBT community. It was somewhat effective as multiple outlets reported it like it was okay. While this incident was extremely disturbing, even more worrisome is that this normalization appears to be spreading. Now, mainstream media is accused of promoting pedophilia by referring to it as “age-gap love” in a reality show. In one of the most disturbing moments we’ve ever seen promoted on television, the UK’s Channel 5 — which is owned by the media leviathan, Viacom — is promoting the relationship between a 16-year-old girl and a 44-year-old man. Instead of calling this what it is, the tele
Post a Comment
Read more
More posts